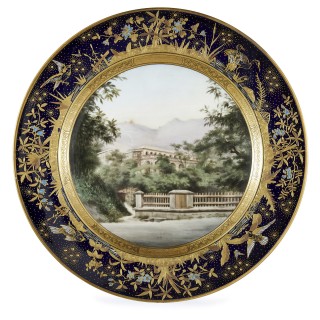 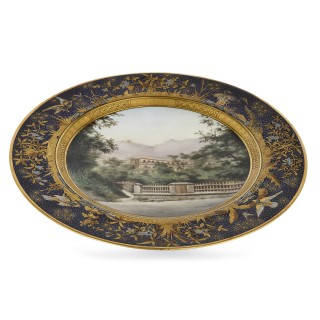 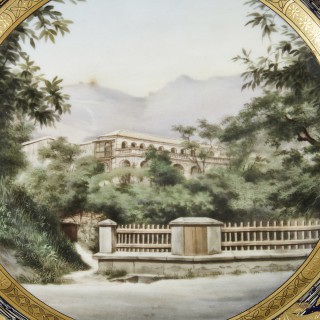 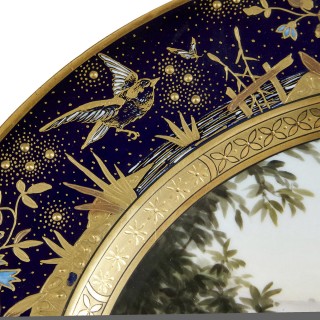 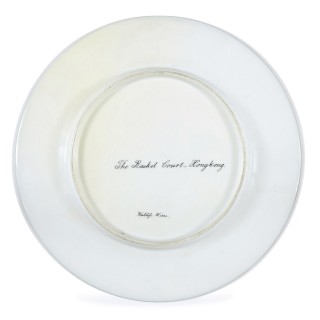 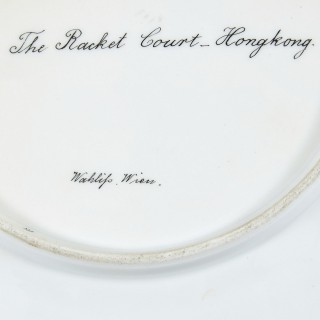 This beautiful cabinet plate was crafted from fine porcelain by Viennese ceramicist Ernst Wahliss (Austrian, 1837-1900) who created ornate porcelain and earthenware vessels for European elites in the 19th Century. The rim of the plate is decorated in a wonderful Chinoiserie style, with parcel gilt birds, cranes and riverside foliage against a black ground. The centre of the plate is painted fully, depicting a leafy view of The Racket Court building in Hong Kong. The historic squash court was situated within the Victoria Barracks, a British military compound named after Queen Victoria and constructed between the 1840s and 1874.

The underside is inscribed ‘Wahliss, Wiess’ for the maker Ernst Wahliss of Vienna. It is also inscribed for the title of the painting: ‘The Racket Court, Hong Kong’.