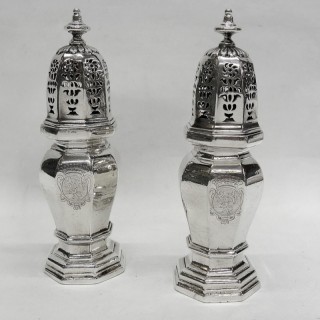 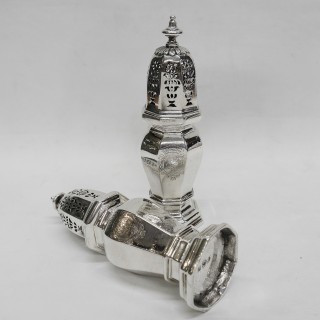 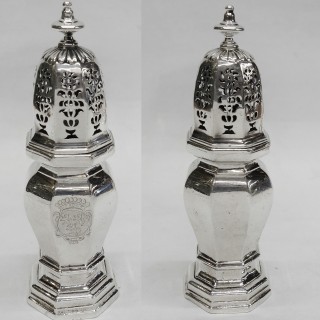 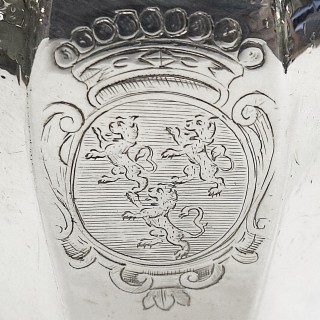 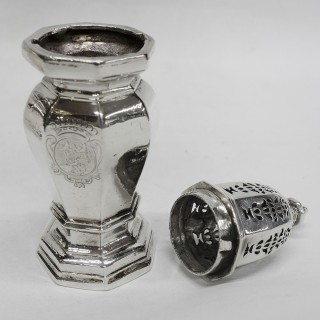 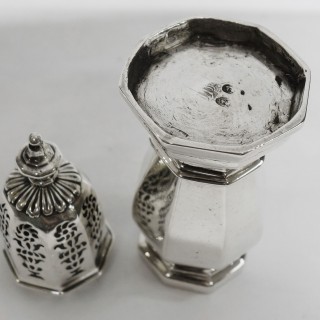 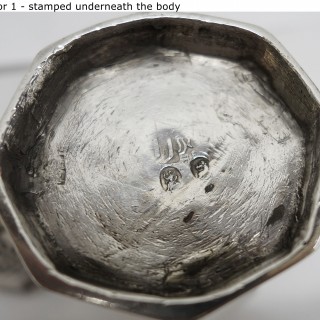 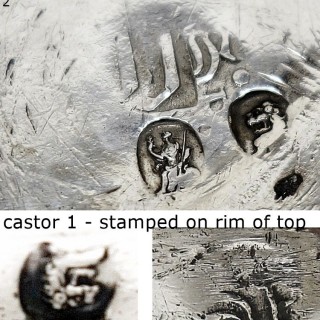 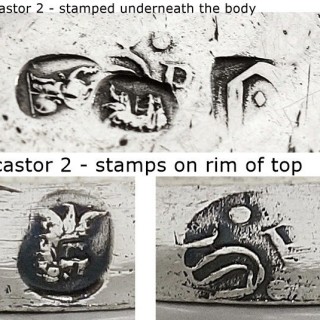 A matching pair of early English antique silver muffineers from the early 1700 Queen Anne period. Britannia standard silver*. Bayonet fitting and with the desirable octagonal panelled design. Incredible weight. These lovely castors are made of cast silver and feel good in the hand. The pull off tops are prettily pierced. Each has a hand engraved cartouche to the front containing 3 lions crowned. Total weight 554 grams, 17.8 troy ounces. Height 18.5 cms. London 1708. Makers mark for Richard Syng.

Casters didn’t become common household objects until the late 17th century. They were made in varying sizes and designs and were usually for sugar or pepper although the blind caster, the earliest form of mustard pot, was used for dry mustard. The old spelling “castor” is less frequently used nowadays

These useful antique sugar shakers are in very good condition with no damage or restoration. Fully functional and all matching. Excellent weight. The engravings are still sharp. Stamped with clear English silver hallmarks underneath, makers mark and leopard mark to the top.