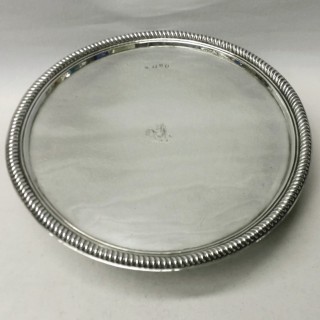 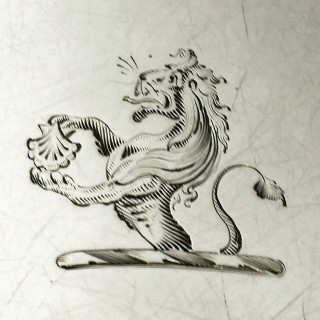 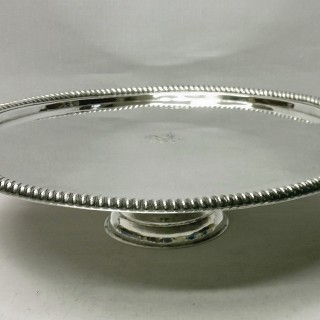 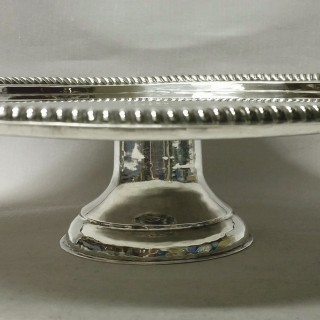 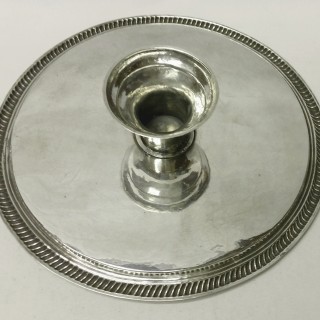 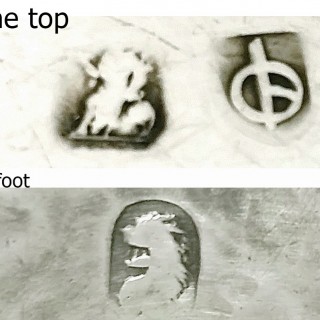 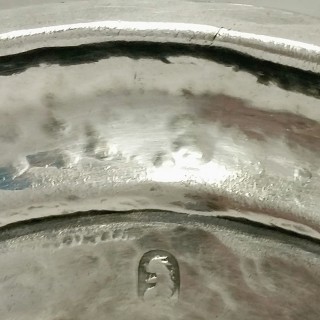 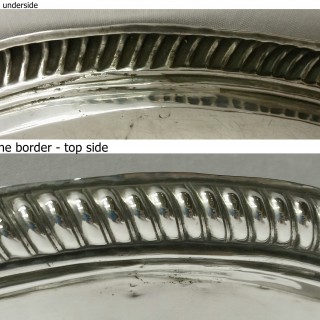 Biography – John Downes, son of a Yorkshire cutler, apprenticed to George Garthorne in 1681, free 1688. First mark entered as largeworker in 1697.

From the 17th century until the reign of George I salvers (often called tazzas) were raised on a pedestal foot. By 1700 some were made with the foot unscrewing. Very occasionally this type will also have 3 or 4 feet so that the salver can be used on a lower level.

This handsome salver is in good condition. Stamped on top with a full set of English silver hallmarks, the foot stamped with the lion mark. The crest is still sharp. There is an old repair to the top edge (see photos).