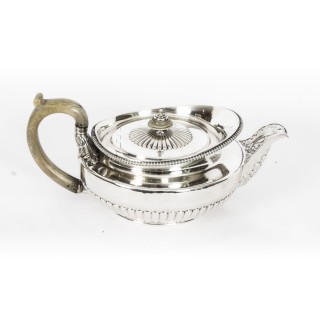 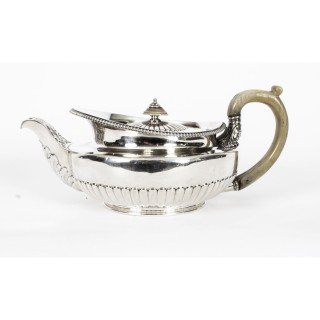 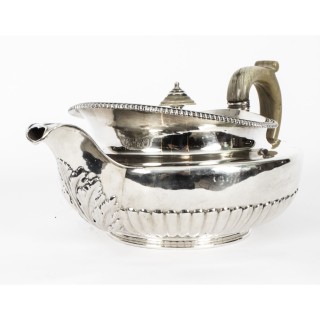 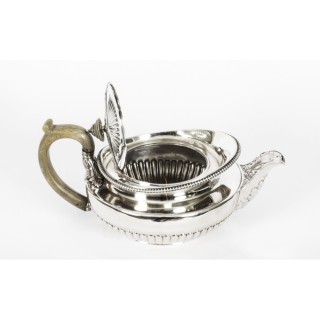 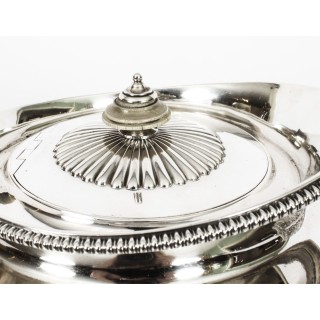 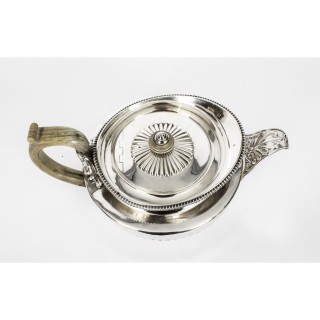 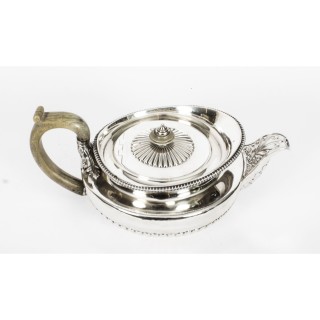 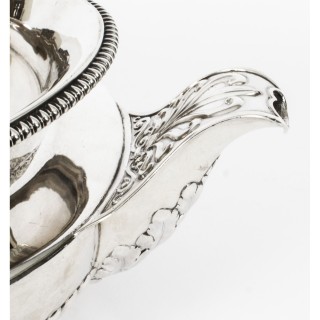 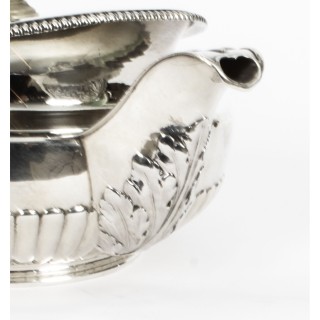 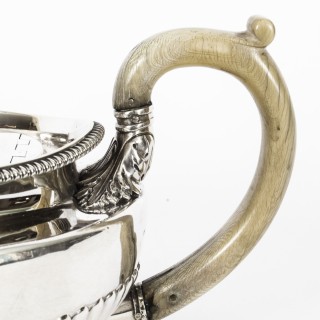 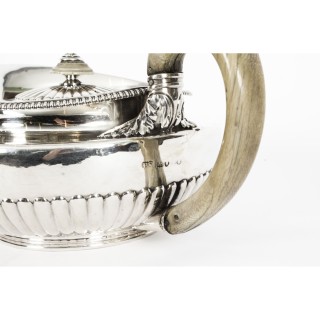 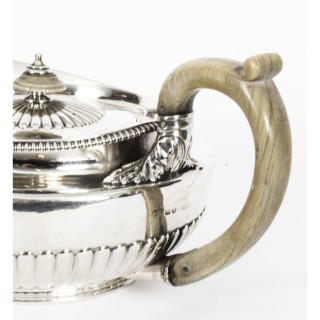 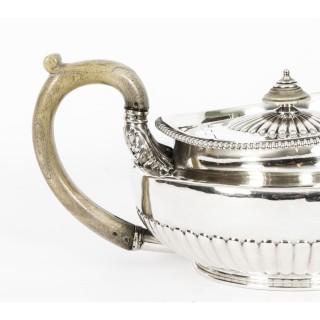 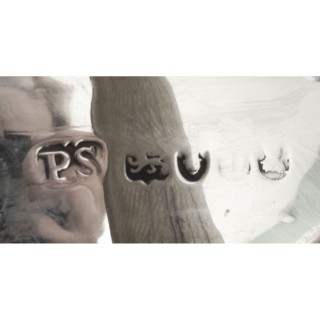 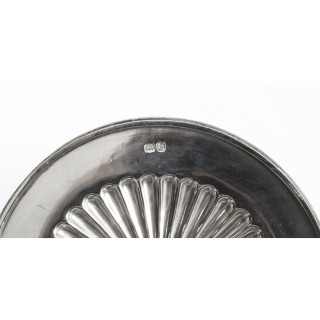 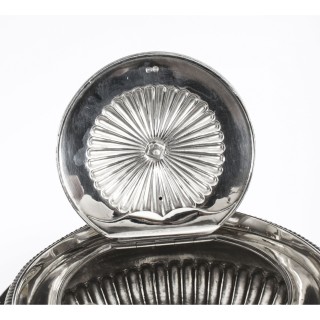 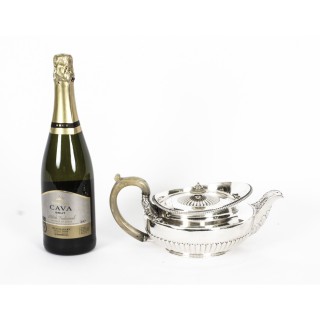 This is an exceptional and very rare antique English George III sterling silver teapot by the world-famous silversmith, Paul Storr, and bearing hallmarks for 1817.

This splendid teapot is of a delightful shape and it is profusely chased with half ribbed fluting decoration. It is further embellished with wonderful foliate motifs below and above the spout and stunning gadrooned shaped borders to the top of the teapot and the base. The remarkable quality flush hinged lid is also beautifully surmounted by a delightful round finial.

It features an exceptional horn handle with striking details, proving the silversmith’s exceptional mastery in the creation of unique and luxurious silverware – Paul Storr never tired of adding detail to create a true piece of artwork.

The underside of the teapot bear full hallmarks: the Lion passant for sterling silver, the leopard head for London, the letter for 1817 and the maker’s marks ‘PS’ for Paul Storr.