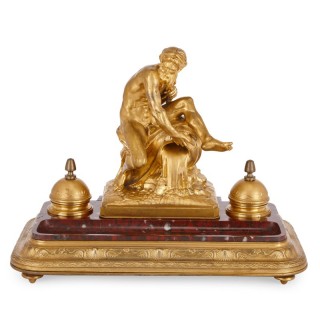 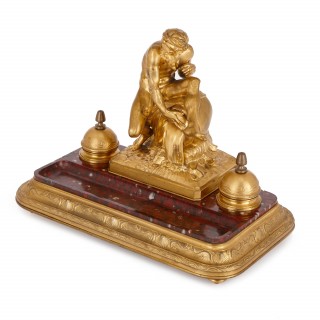 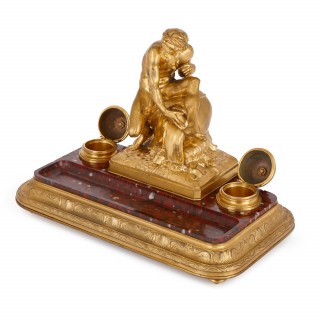 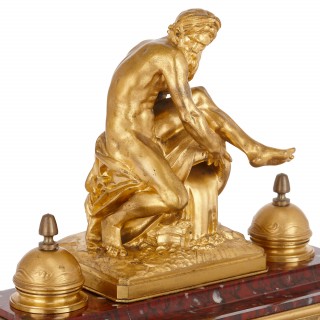 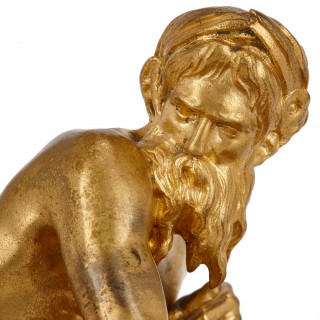 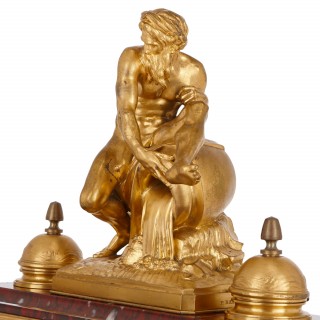 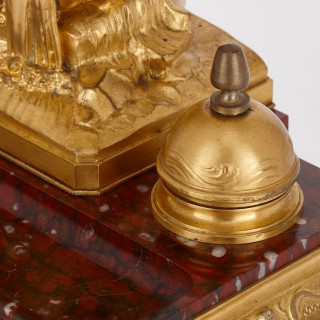 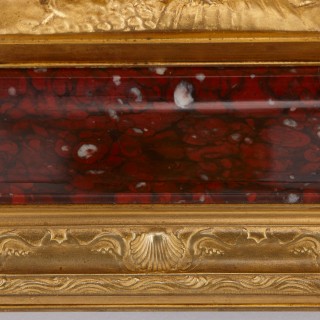 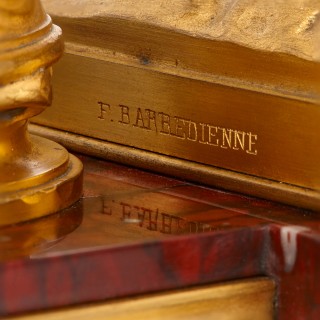 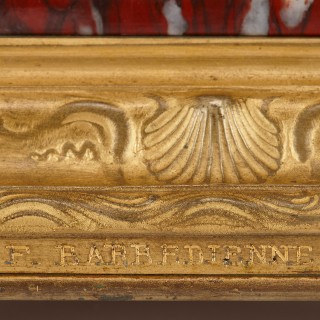 This beautiful French antique inkstand has been crafted from veined red marble and fine gilt bronze. The piece was created by Ferdinand Barbedienne, the master metalworker of the French Belle Epoque. Barbedienne was famous for his bronze sculptures, clocks and objects d’art, which won multiple awards at the major international exhibitions of the period.

The inkstand is topped by a gilt bronze sculpture, depicting a nude man. This is a reduced version of an 18th Century marble work, which was carved by the important French sculptor, Jean-Jacques Caffieri. This piece is titled ‘The River’, and depicts a nude bearded man, seated on an urn which spills forth water. The man’s body is idealised, and clearly inspired by ancient Greek and Roman sculpture. He holds an oar in his left hand, and wears a reed crown.

This figurative gilt bronze sculpture is set onto a piece of red veined marble, with two circular gilt bronze inkwells on each end. The front of the marble features a pen tray.

These items – the sculpture, inkwells, and pen tray – are set onto a shaped, rectangular gilt bronze base, decorated with scrolls and seashell motifs.

‘F. BARBEDIENNE. FOUNDER. PARIS’ is inscribed onto the side of the inkstand base.