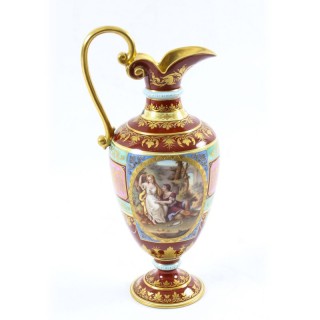 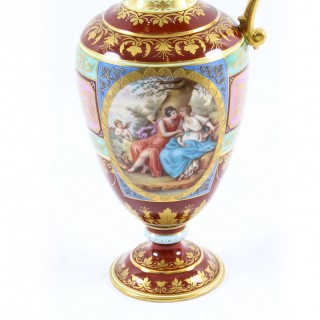 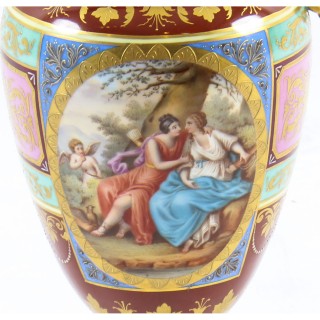 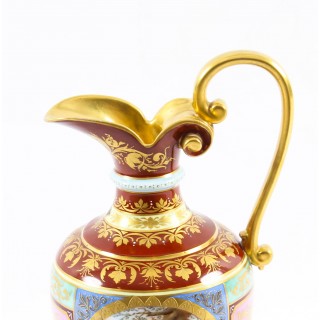 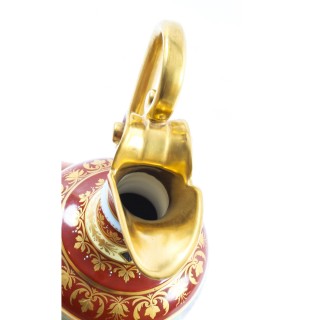 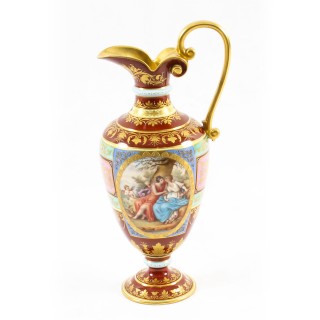 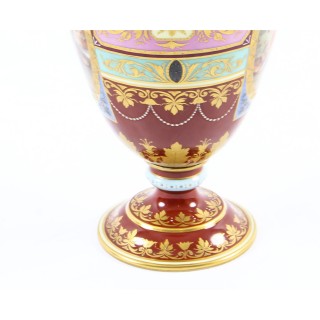 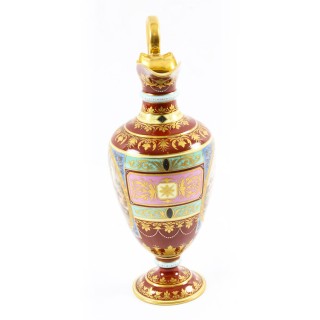 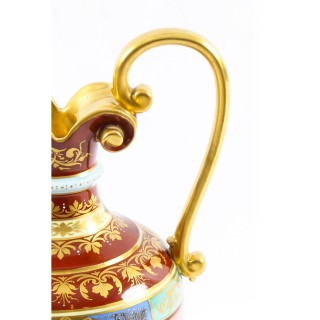 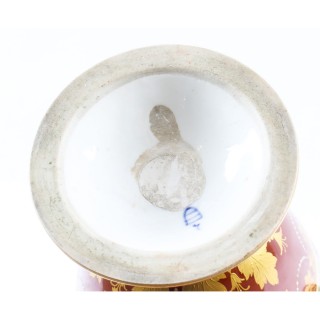 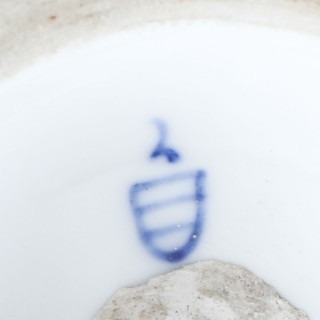 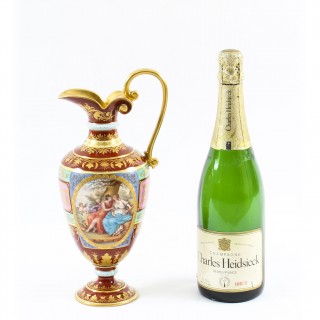 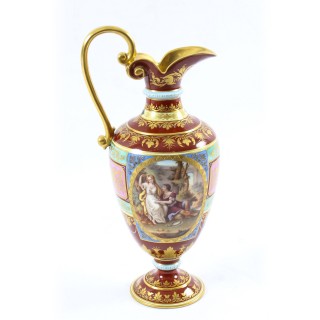 This is a stunning and rare antique Royal Vienna Porcelain ewer, dating from the late 19th Century.

Of baluster form with loop handle and beautifully painted with classical figures in landscape panels on a multi-coloured panelled ground highlighted in gilt.

Condition:
In excellent condition, with no signs of damage or repair. Please see photos for confirmation.