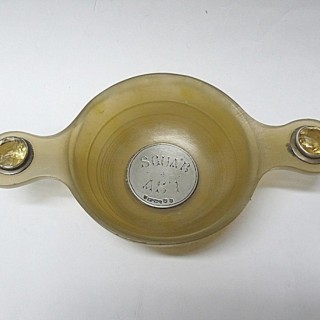 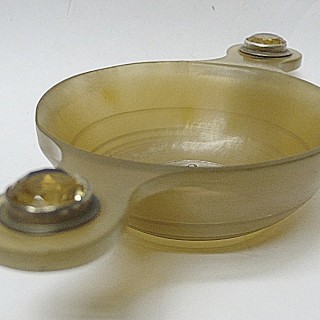 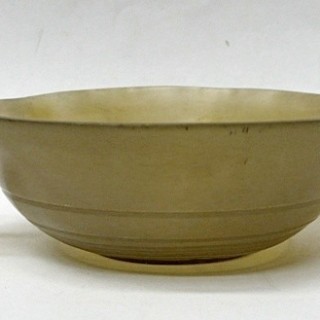 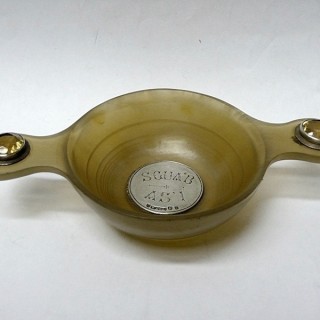 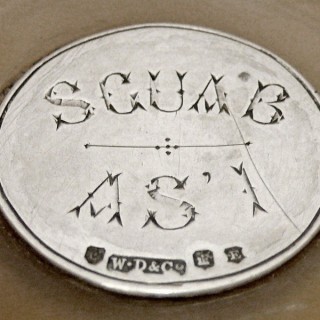 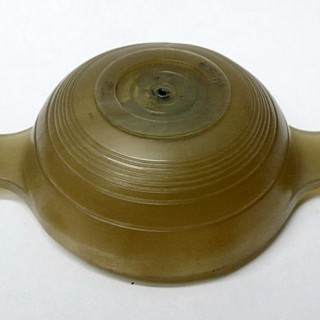 A very good Scottish provincial silver and horn quaich, the two side handles mounted with amethyst or citrine glass jewels. The cup is inset with a silver disc engraved “Squab asi”, a Gaelic phrase meaning “Sweep it up”, a much used toast in the Highlands of Scotland meaning “Drink heartily, with gusto”. Length 13.7 cms. Diameter 7.3 cms. Height 2.7 cms. Hallmarked silver for Edinburgh 1910. Made by William Dunningham & Co. of Aberdeen.

The Quaich. used in Scotland for centuries, is a shallow cup with two, or even three, side handles used to drink spirits such as whiskey or brandy. It is a social drinking vessel, symbolic of friendship and trust, which one person would pass to another with both hands (which would render them incapable of holding a secret weapon). In the centre of the basin usually lies a large coin or medallion, often engraved with a coat of arms, a set of initials, a motto, or a toast such as ‘cheers!’ Over the years it has become a traditional gift at special occasions such as weddings and christenings.

This little drinking cup is in very good condition with no damage or restoration. Stamped with a full and clear set of Scottish silver marks.