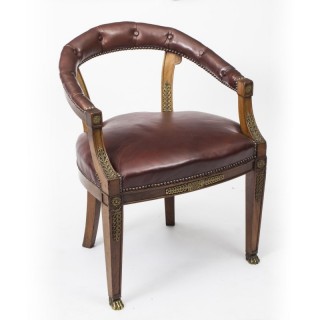 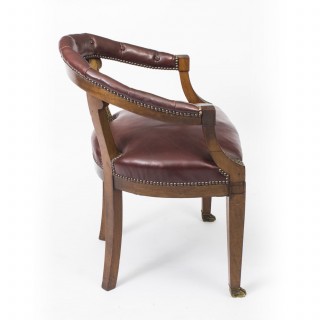 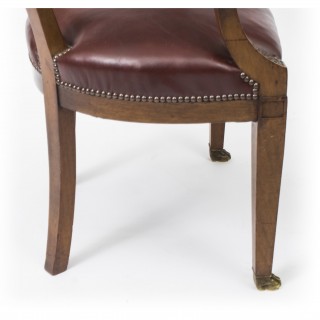 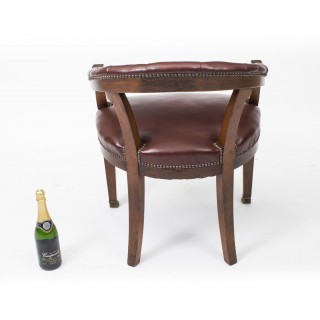 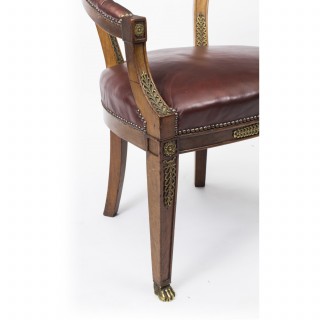 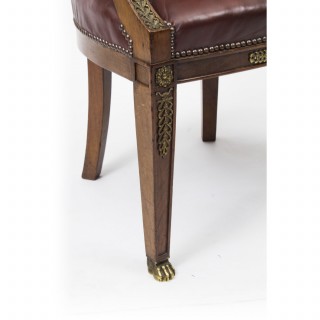 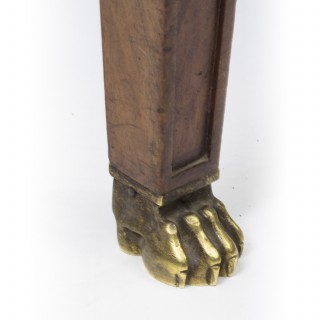 It has a curved leather padded back and an upholstered leather seat. The mahogany is beautiful in colour and has been embellished with striking ormolu anthemion plaques. It stands on panelled tapering legs heading by ormolu rosettes and terminating in decorative ormolu paw feet.

This chair would be ideal for use with a bureau plat or inthe bedroom. Add a touch of class to your home with this exceptional antique armchair.

Empire style, is an early-19th-century design movement in architecture, furniture, other decorative arts, and the visual arts followed in Europe and America until around 1830.