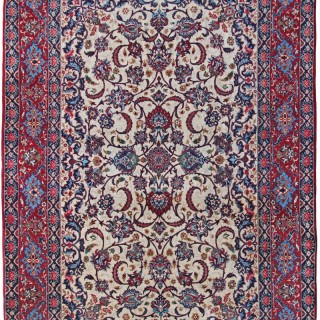 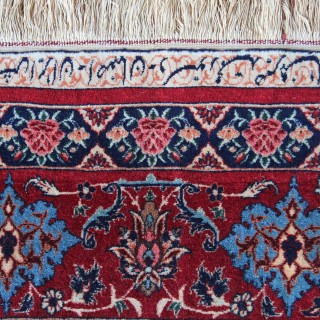 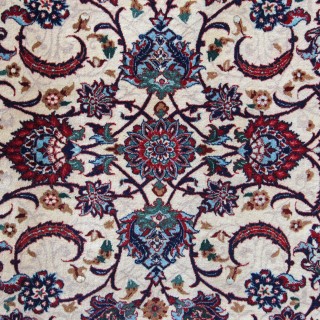 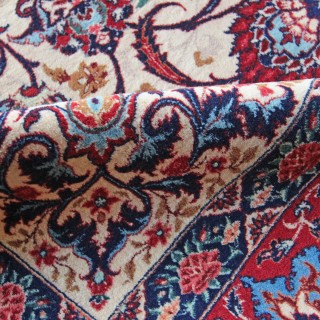 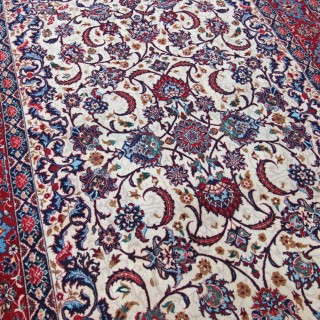 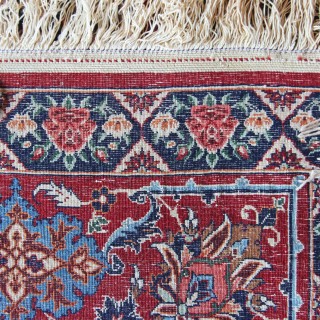 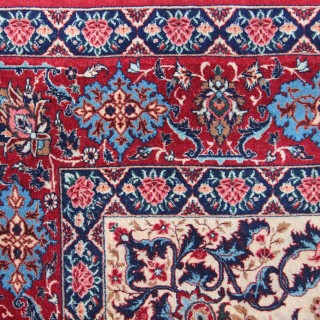 Antique Seirafian rug in exceptional condition with a full high wool pile woven on a silk foundation, this rug has no damage or repairs of any kind having spent its life hanging on a wall. As a work of art it has been treated as such, the only minute area missing is a small amount of the silk fringe at one end, please see the photographs.

The Seirafian workshop was founded in 1974 by Haj Reza Seirafian who was a businessman in Isfahan, Persia. He was a dealer in rugs up until 1939 when he started his workshop, with one aim to produce the finest quality rugs with intricate floral designs using wool and silk. He set out to produce the best rugs with the finest materials and weave the tightest weave, by using the best weavers he paid them the most too which annoyed other workshops considerably! With Seirafian rugs comes a great history with his son Mohammad joining his business it continued so his sons and grandsons continued the tradition, the rugs even got finer over the years. The real masters of Isfahan rugs and increasingly collectable today.

Isfahan is situated virtually in the centre of Iran, and was once the capital city. The rugs are woven in the city itself and the surrounding villages. Starting in the early 17th century, their name was renowned throughout Europe – this has continued to the present day. Although rug making was interrupted by the Afghan invasion, it quickly re-established itself as a major centre for the finest handmade carpets. This example show cases why Isfahan are famous for weaving the most detailed, beautiful fine carpets.

Exceptional condition with a full high wool pile woven on a silk foundation, this rug has no damage or repairs of any kind having spent its life hanging on a wall.