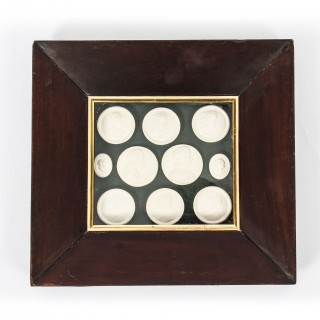 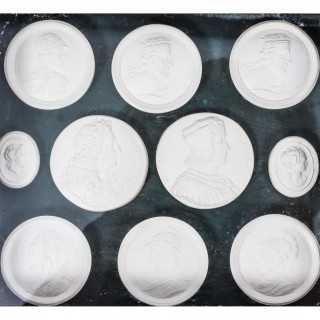 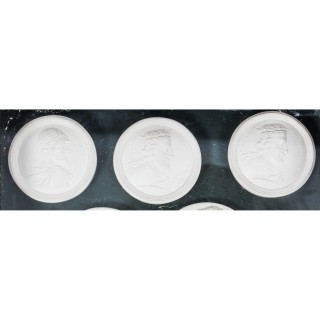 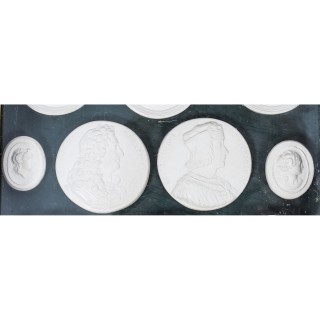 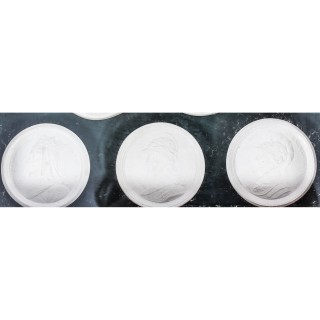 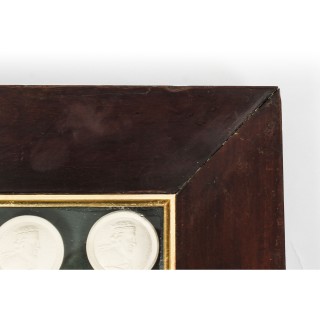 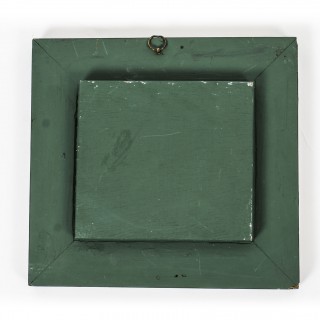 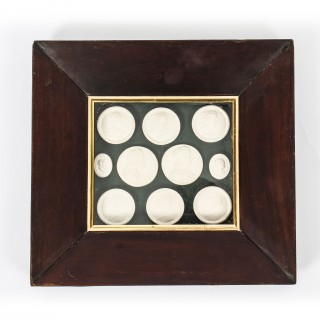 The intaglios are beautifully mounted on the original black ground in a rectangular mahogany frame with gilt banding.