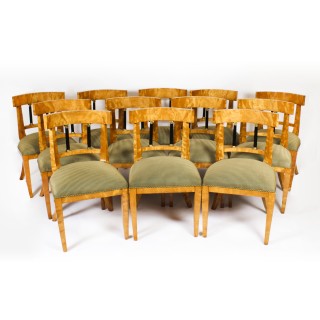 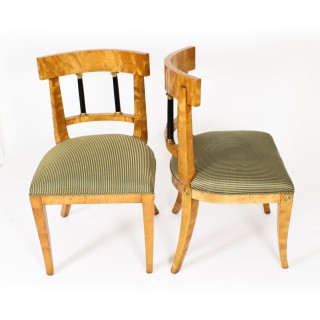 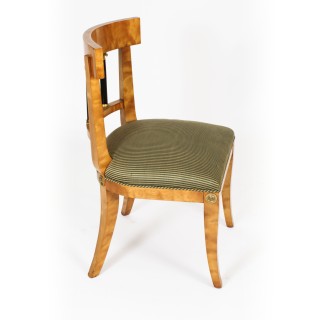 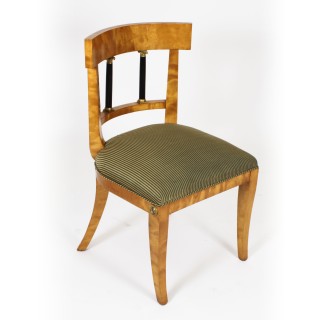 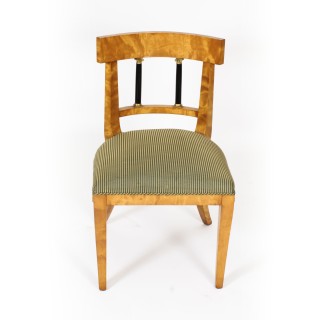 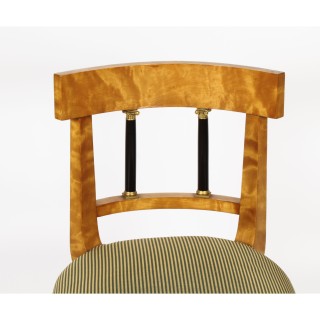 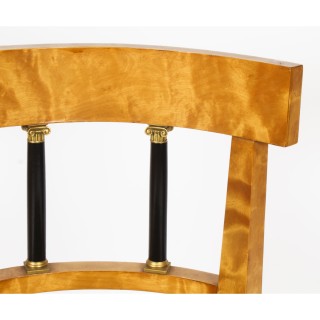 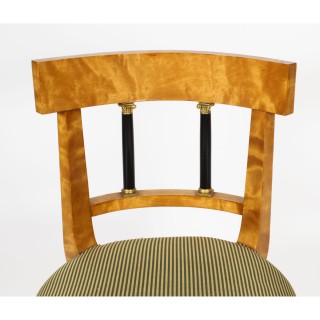 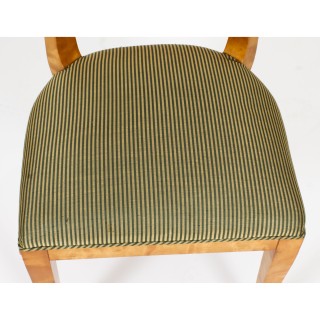 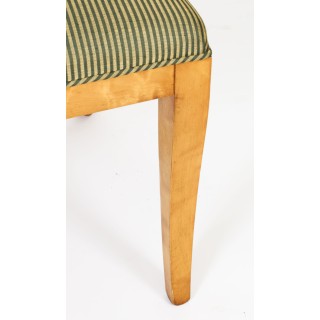 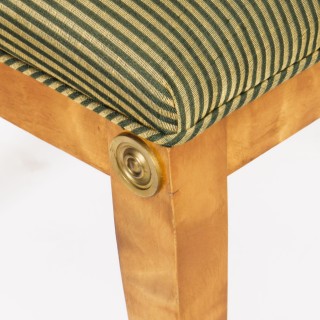 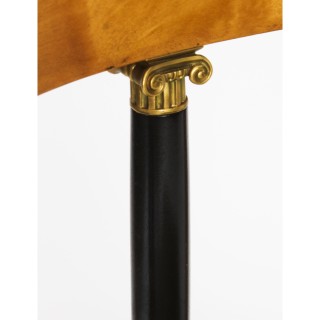 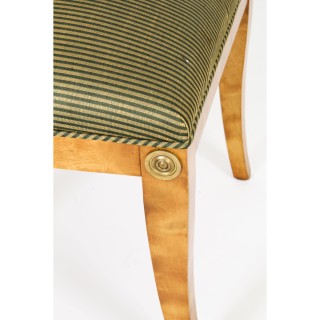 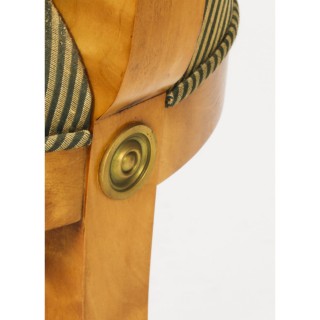 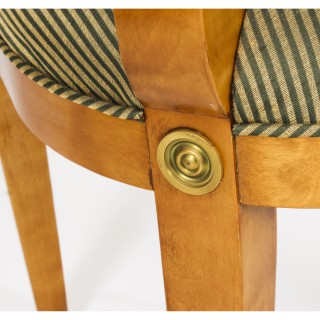 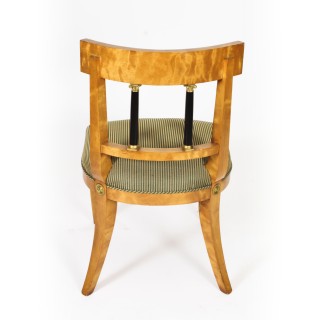 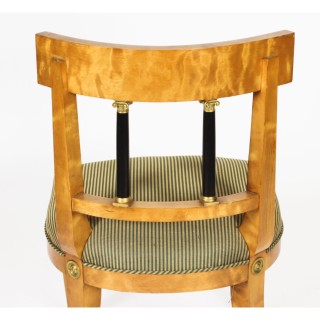 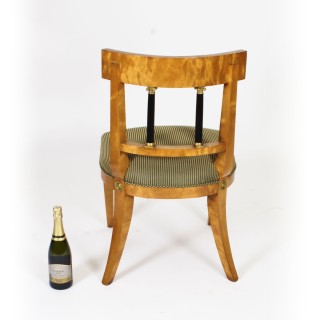 This is a fabulous and rare antique set of twelve Swedish Biedermeier birch, ormolu mounted, and ebonized dining chairs, Circa 1880 in date.

The chairs feature curved backs with ebonized Corinthian column splats and ormolu capital mounts with upholstered seats on sabre legs. The seats are upholstered in a stunning gold striped fabric.

Transform the fine dining experience in your home with this set of dining chairs.

The idea of clean lines and utilitarian postures would resurface in the 20th century, continuing into the present day. The Biedermeier style was a simplified interpretation of the influential French Empire Style of Napoleon I, which introduced the romance of ancient Roman Empire styles, adapting these to modern early 19th century households. Biedermeier furniture used locally available materials such as cherry, ash and oak woods.