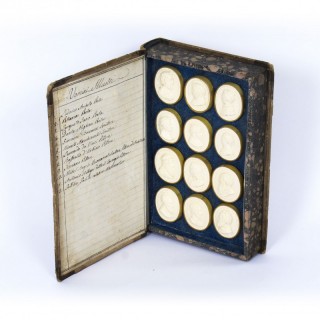 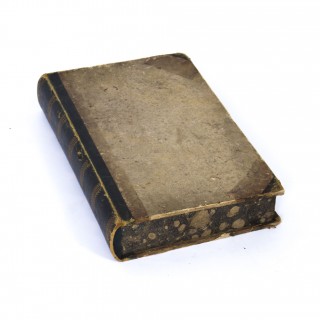 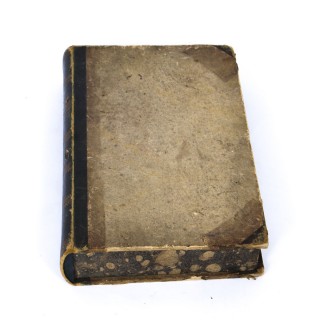 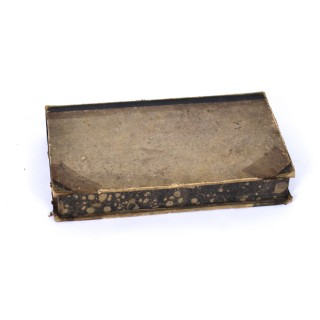 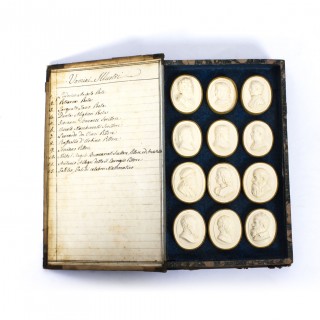 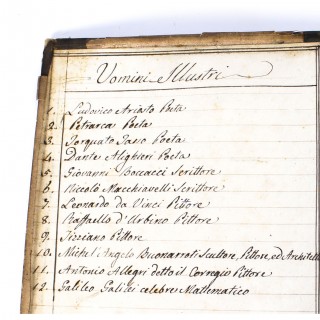 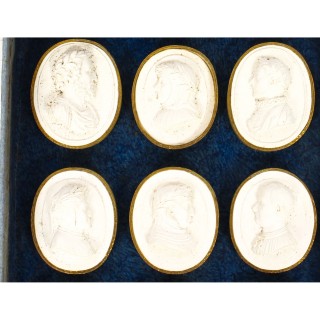 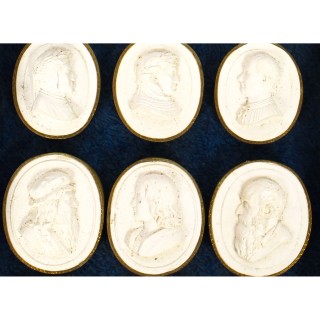 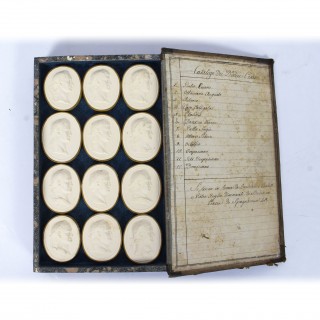 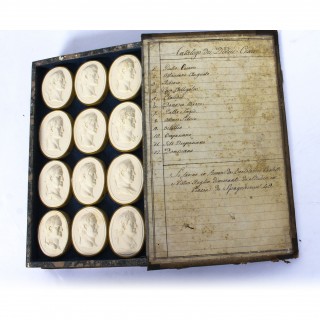 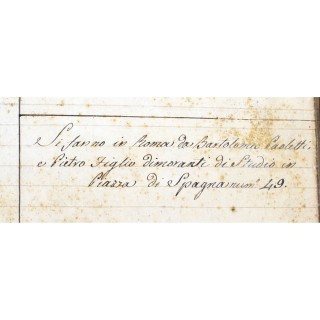 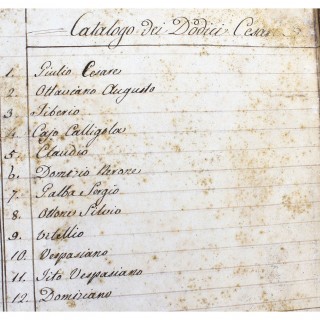 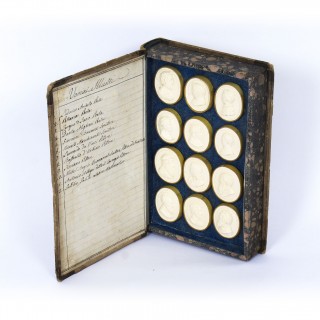 This is a wonderful collection of twenty-four magnificent framed plaster Grand Tour intaglios, wonderfully arranged in two panels of a scholar’s book, circa 1820 in date.

This impressive set of intaglios was carefully made in Italy by Bartolomeo Paoletti and Pietro Figlio, in their workshop in Piazza di Spagna, Rome.

The twenty-four intaglios are of oval-shape. Each intaglio has an exquisite gilt gadrooned border and is numbered in black ink. All the impressions are mounted on an elegant blue background.

Add a classical and cultural dimension to your home with this captivating selection of historic intaglios.

Intaglios – were originally used as seals, these carvings or cuttings are moulded out of white plaster, marble dust or wax. The original 19th-century intaglios were also made from wood or stone. The depressed designs depicting ancient scenes from Greece, Italy, etc were also used as markers of the land. They were also collected as souvenirs from European Grand Tours in 1830.The Grand Tour was the traditional trip of Europe undertaken by mainly upper-class European young men of means. The custom flourished from about 1660 until the advent of large-scale rail transit in the 1840s, and was associated with a standard itinerary.

The Grand Tour – not only provided a liberal education but allowed those who could afford it the opportunity to buy things otherwise unavailable at home, and it thus increased participants’ prestige and standing. Grand Tourists would return with crates of art, books, pictures, sculpture, and items of culture, which would be displayed in libraries, cabinets, gardens, and drawing rooms, as well as the galleries built purposely for their display; The Grand Tour became a symbol of wealth and freedom.