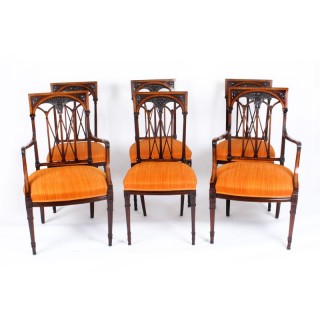 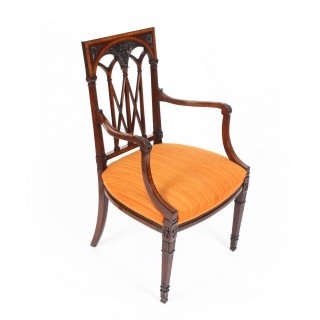 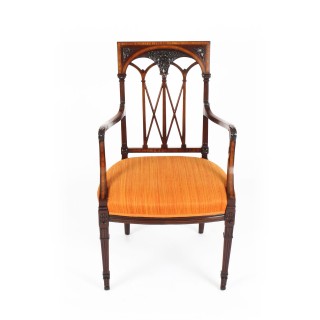 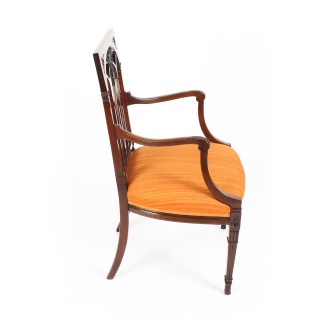 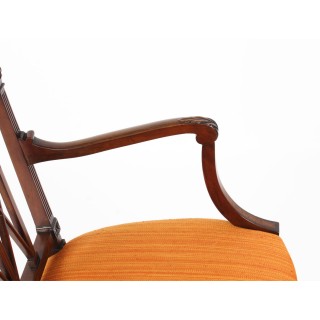 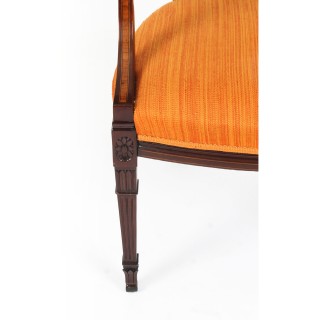 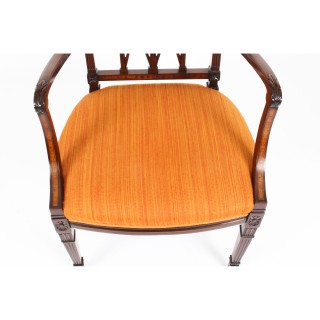 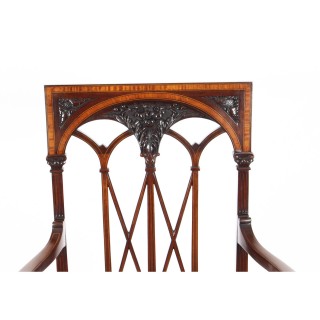 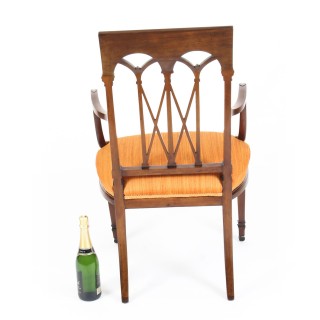 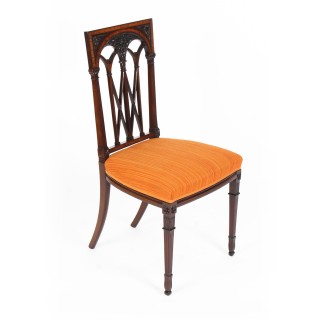 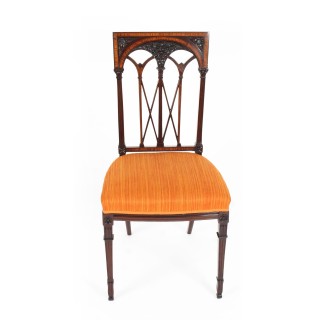 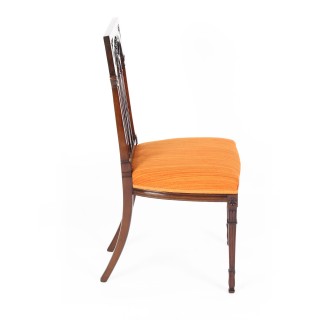 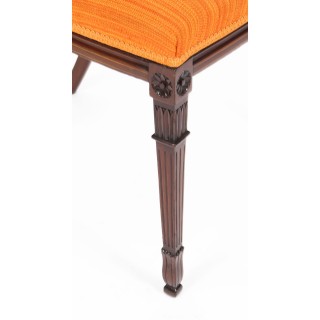 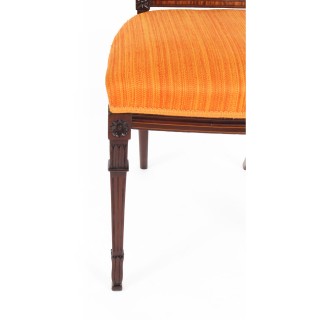 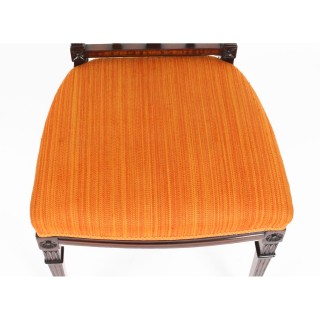 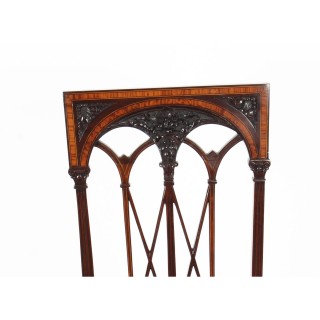 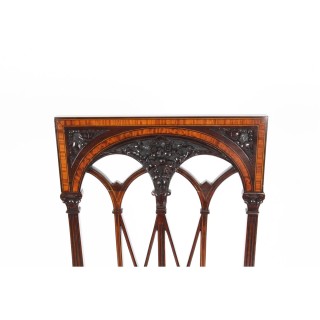 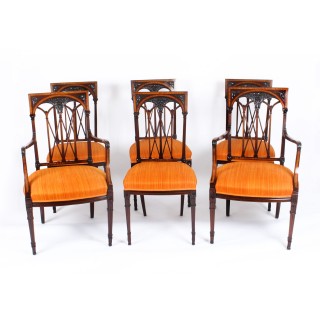 A superb and striking set of six mahogany and satinwood banded dining chairs, in Sheraton Revival taste, to include a pair of armchairs, Circa 1900 in date.

The high back chairs feature satinwood banding with boxwood and ebonised line inlay and wonderful foliate carved decoration. The square tops are supported by a pair of ionic columns which frame rails above criss-cross splats.

The overstuffed golden upholstered seats are above satinwood banded seat rails and the chairs are raised on reeded taping legs that terminate in decoratively carved spade feet.

The set comprising four side chairs and a pair of carvers for the heads of table.

It is rare to find such a perfectly sculpted set of chairs and they will enhance your dining table beautifully.

Condition:
In excellent condition having been cleaned, polished, waxed and reupholstered in our workshops. Please see photos for confirmation.