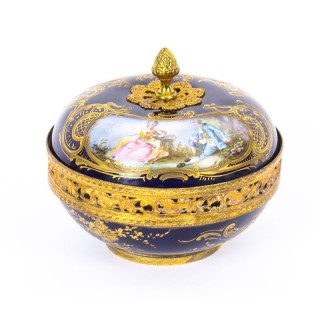 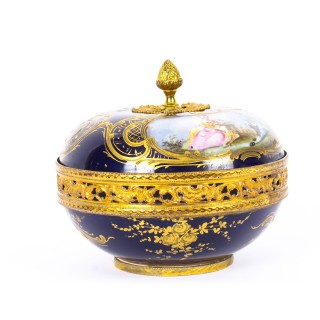 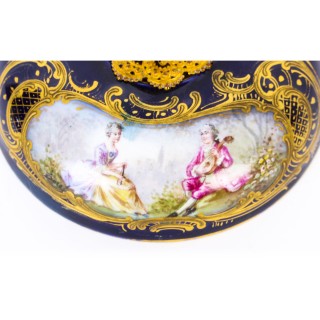 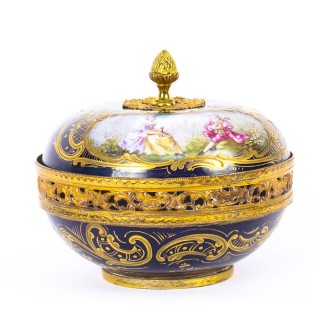 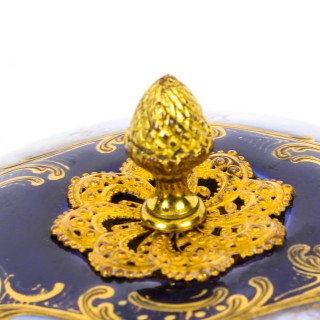 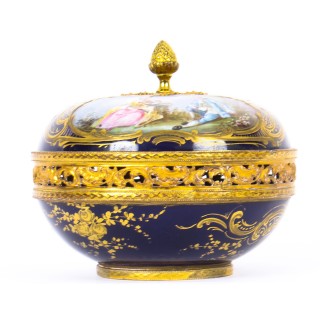 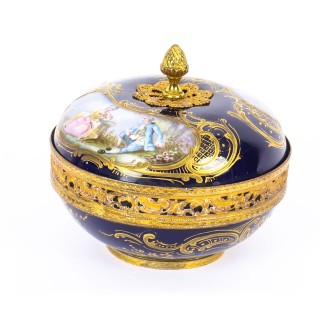 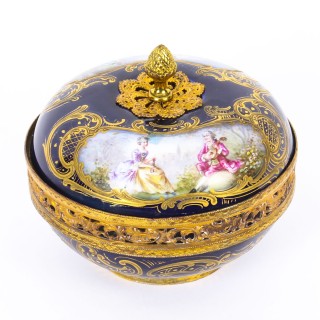 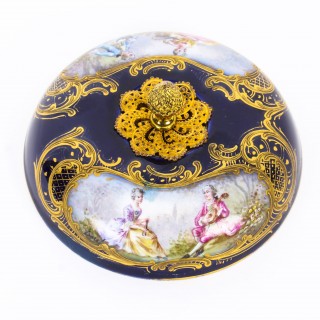 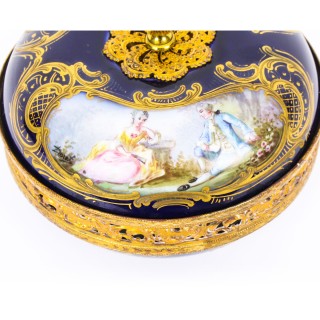 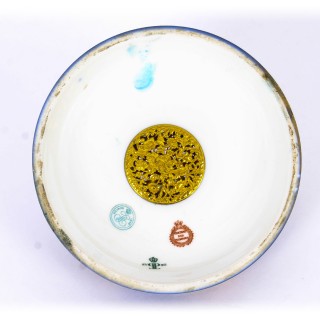 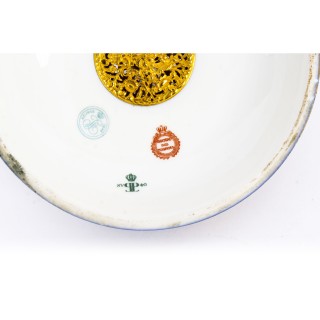 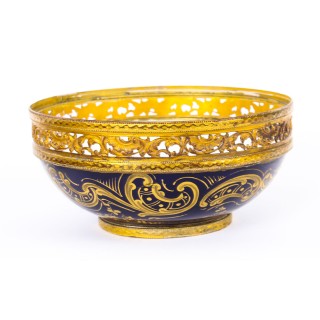 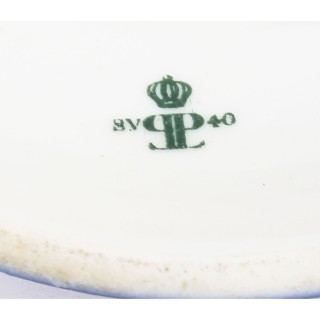 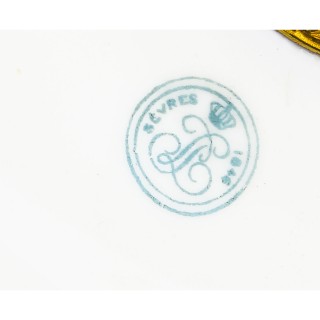 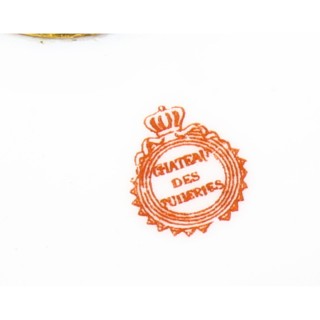 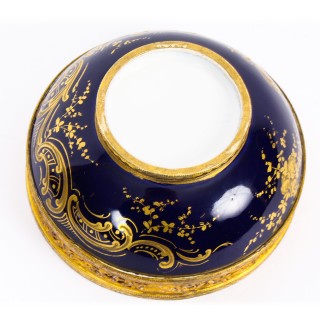 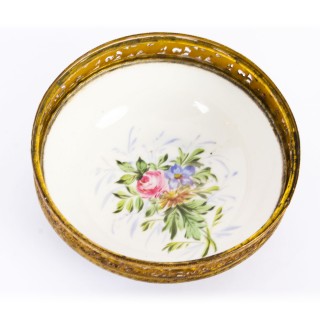 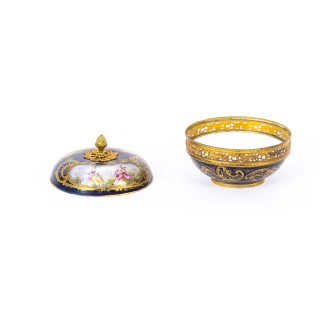 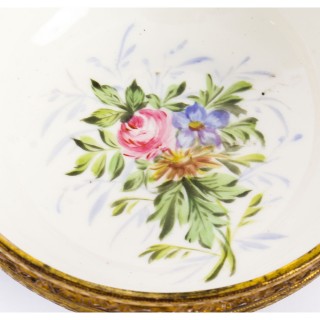 It is of classical form and features superbly painted panels depicting courting couples in country scenes finished with gilded high lights on a cobalt blue ground. It has a decorative ormolu acorn finial, pierced borders, is raised on a circular ormolu mounted base and it bears three Sevres marks on the underside of the lid.

It is a delightful object which will compliment any interior.