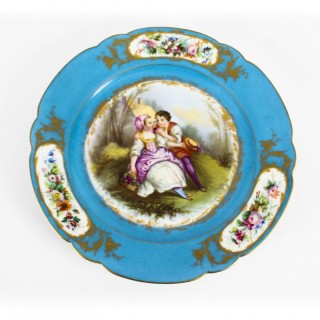 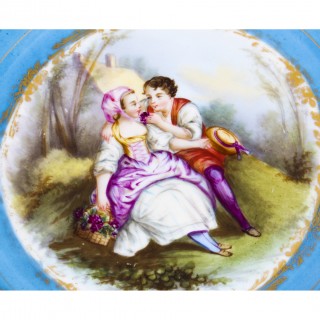 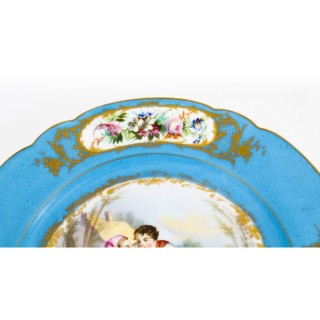 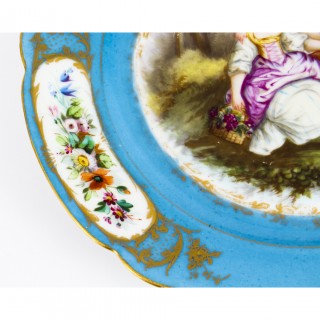 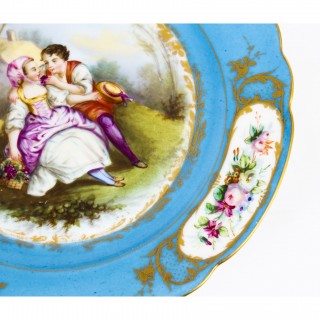 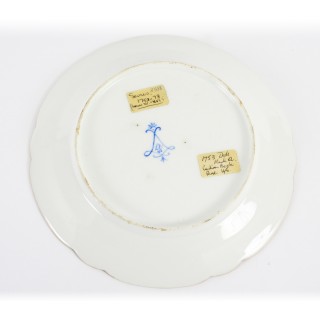 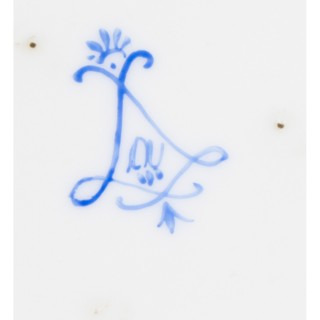 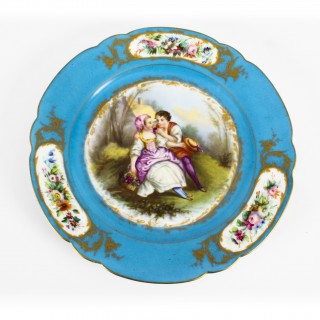 This is a fabulous decorative antique porcelain cabinet plate, with painted marks to the reverse and dating from Circa 1880.

It has striking Bleu Celeste and gilt tooled borders painted with a young courting couple on landscape to the centre and with floral sprays to three vignettes to the border.

There is no mistaking the quality and unique design of this plate which is sure to be a treasured addition to your home.

Provenance: from a private Worcestershire collection.