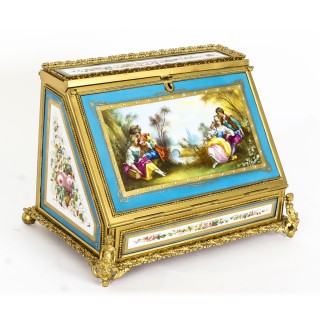 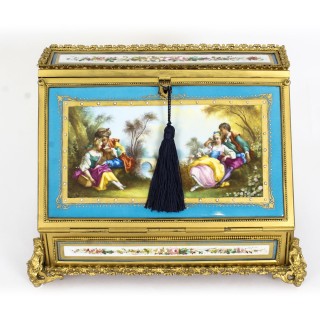 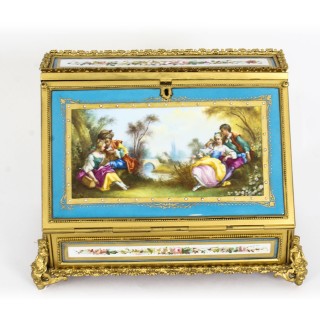 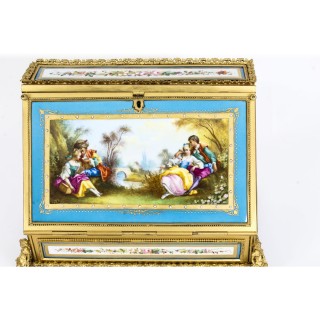 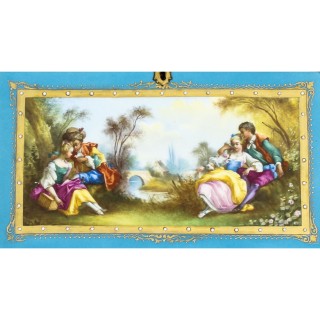 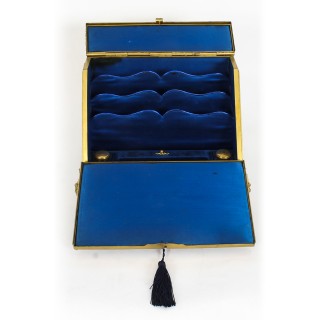 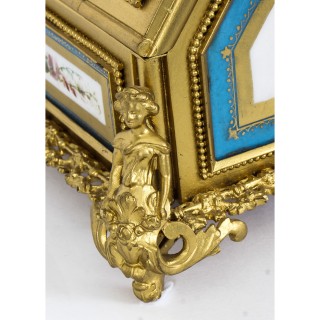 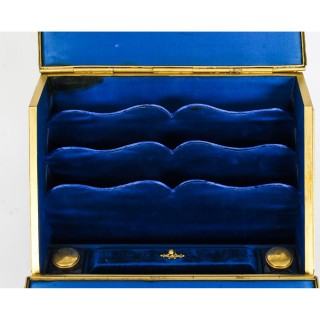 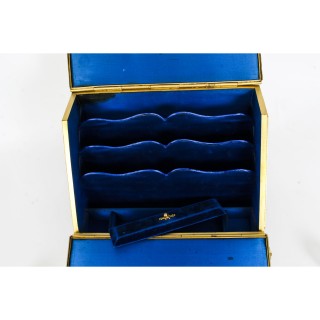 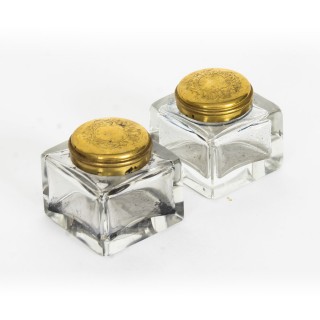 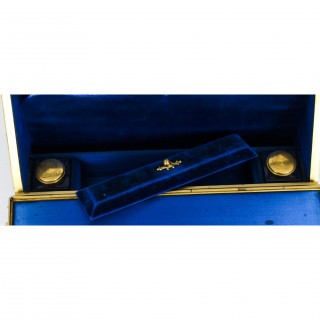 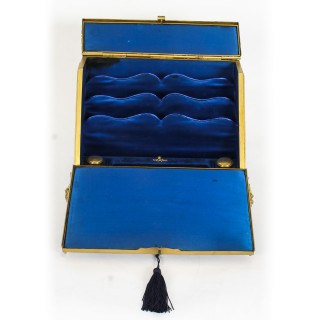 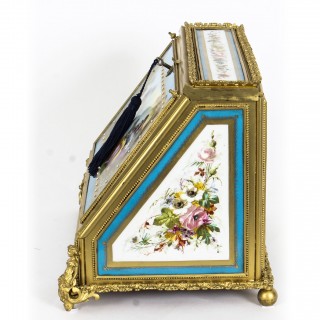 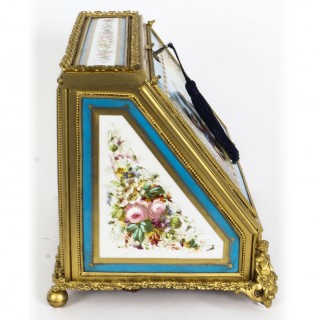 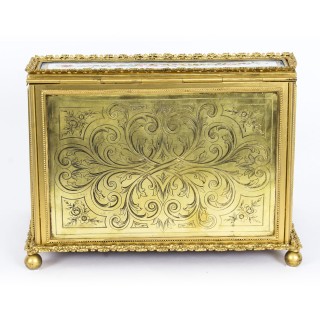 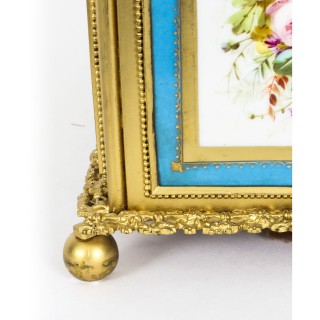 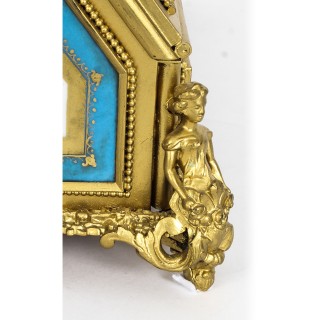 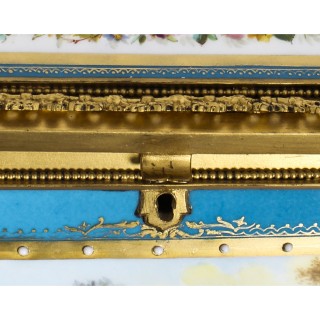 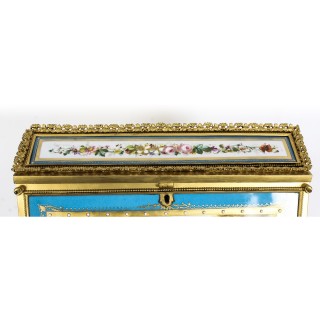 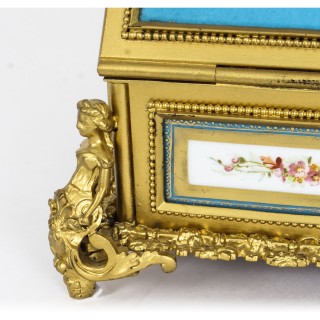 This is an absolutely fabulous antique French Ormolu and Sevres Porcelain desktop correspondence casket, Circa 1870 in date.

Of rectangular form the canted front, top and sides with beautiful parcel gilt heightened and jewelled Sevres Porcelain panels. The front panel depicting a Watteauesque figural lovers scene and the other panels with delightful floral motifs.

It is raised on twin scroll feet on the front with toupie feet on the rear. The canted front opens to reveal a sumptuous silk lined interior with the original twin glass inkwells with engraved ormolu lids, pen tray and stationery rack

The rear of the casket is of gilded ormolu with beautiful engraved floral decoration.

This item is of superb quality and is incredibly rare, it will instantly enhance any desktop.

Condition:
In really excellent condition, the porcelain and ormolu having been cleaned in our workshops. With no chips, cracks or signs of repair, please see photos for confirmation.