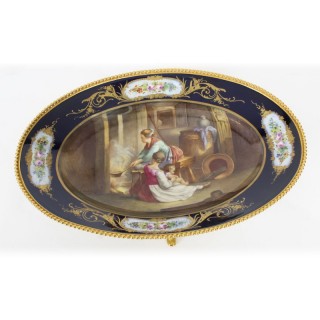 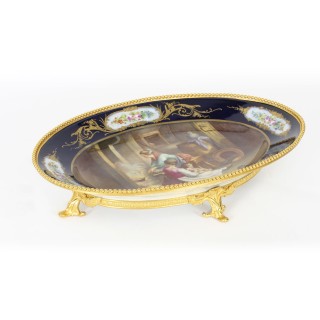 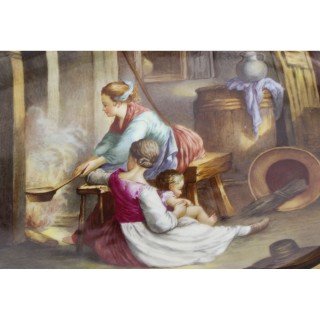 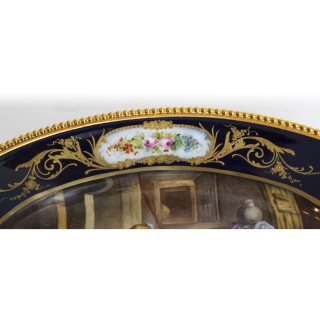 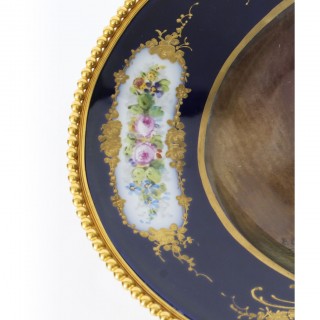 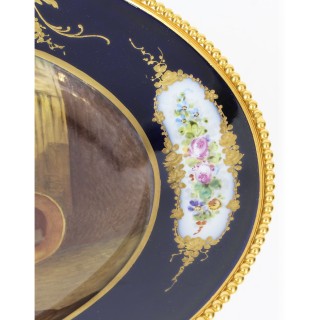 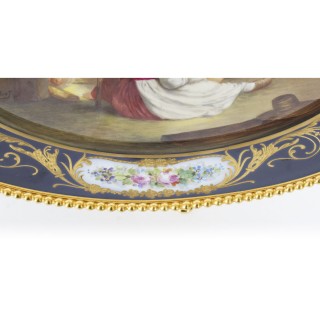 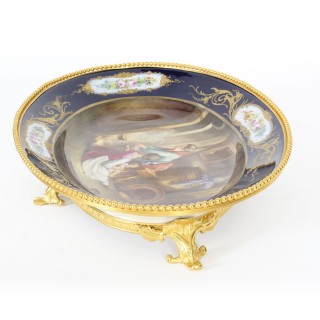 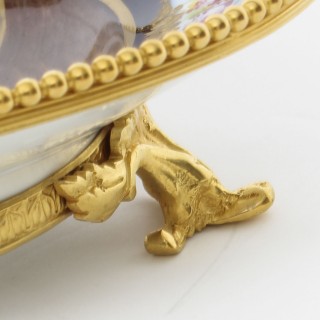 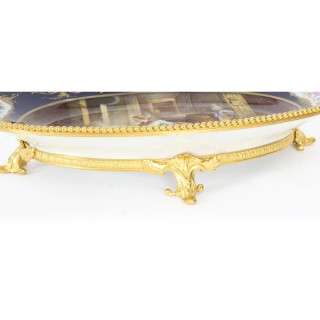 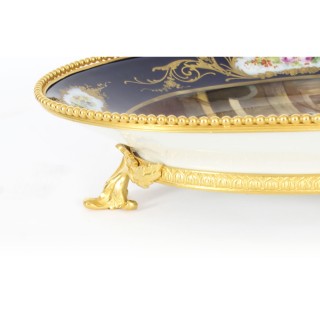 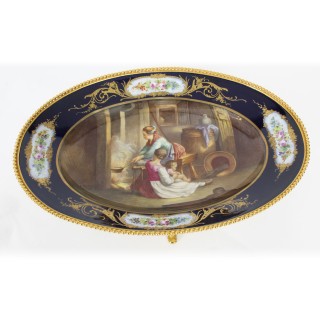 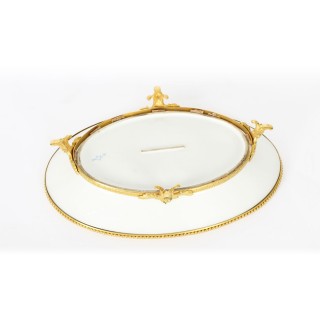 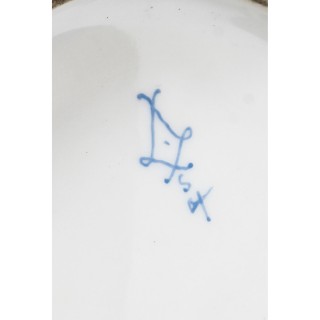 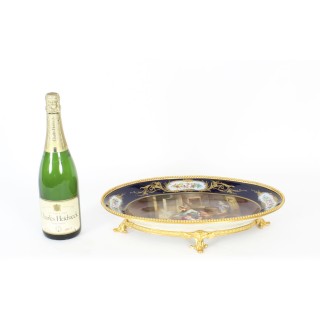 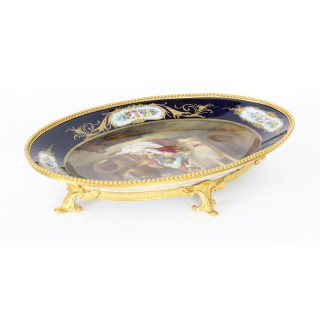 This is an important large decorative antique French Ormolu Mounted oval Sevres porcelain dish, the rear with underglaze blue interlaced LL factory Sevres mark and bearing the signature of the artist, E. Collot, Circa 1880 in date.

It has a striking Royal Bleu and gilt tooled acanthus border, with beaded ormolu mount, the border inset with four panels painted with flowers. The central painting features a family cooking on an open fire, and the dish is raised on ormolu cast acanthus feet.