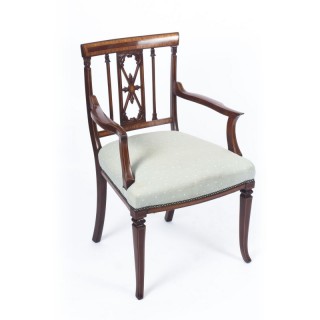 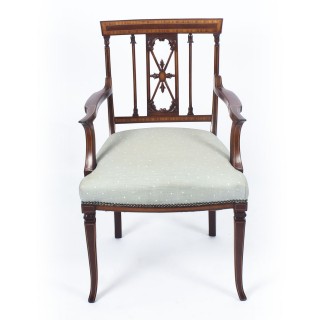 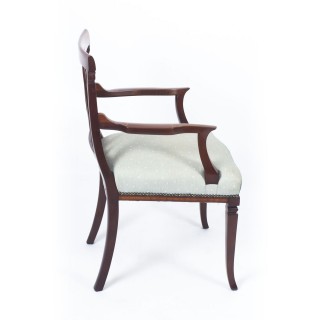 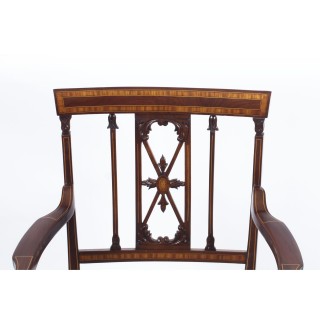 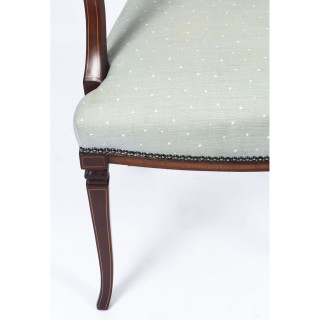 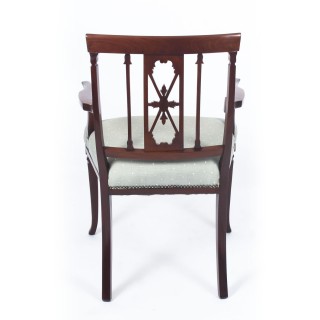 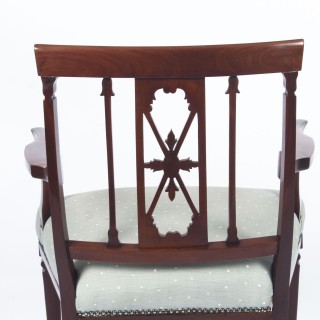 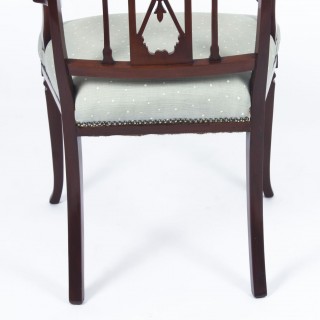 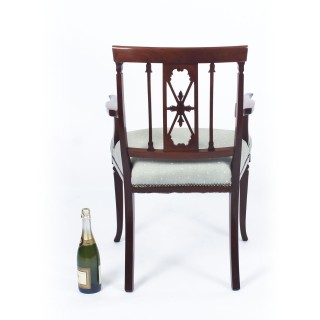 This is a beautiful antique Sheraton Revival mahogany armchair, circa 1880 in date.

With satinwood crossbanding and stringing and decorative pierced leaf carved splat with shell patera. It has outward scrolled arms on shaped supports, an overstuffed bowed seat in a beautiful pale green weave and raised on square tapering front legs with leaf collars and splayed feet,

In excellent condition having been beautifully restored and reupholstered in our workshops, please see photos for confirmation.