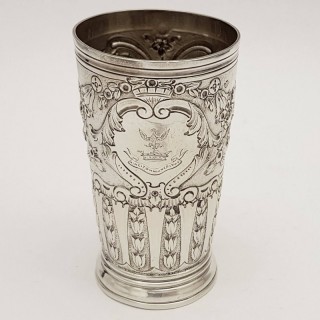 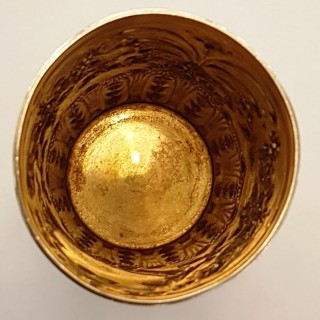 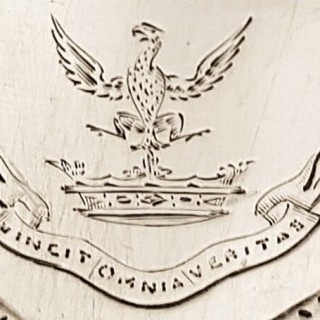 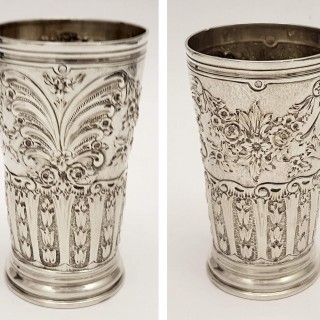 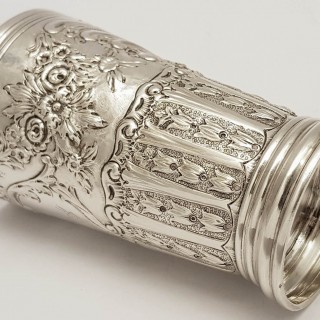 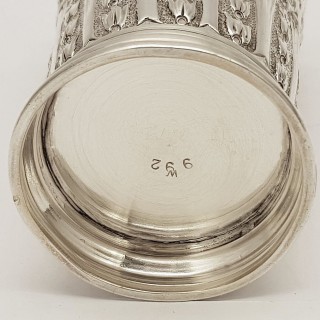 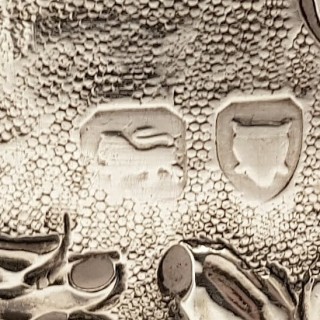 The beaker is in very good condition. Good colour. Bright gilt interior. Crisp engraving. Stamped with a full set of clear English silver hallmarks to the side. There is a small dent on the foot but the beaker stands steady.