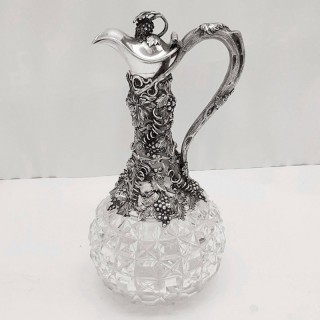 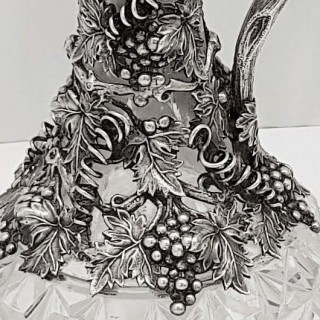 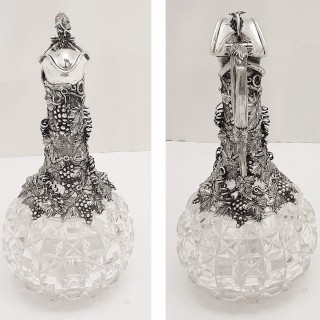 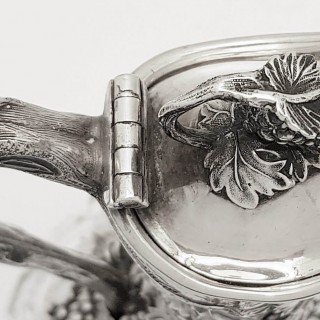 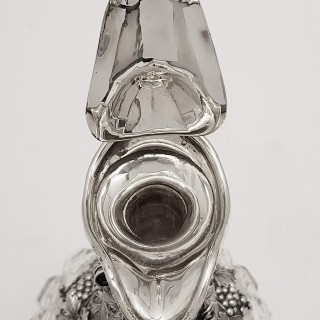 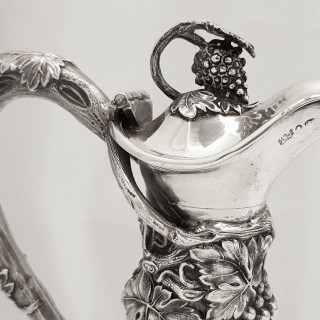 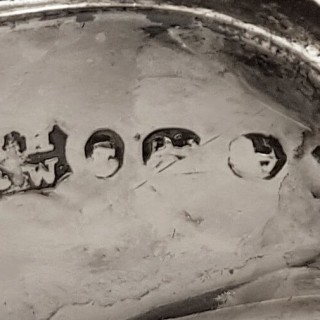 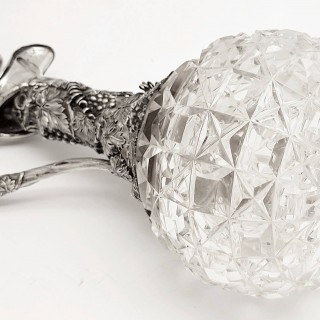 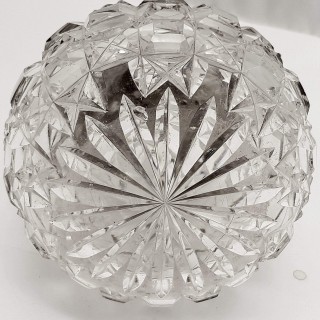 A decorative antique sterling silver wine jug of tall slender form. The crystal body is cut in the heavy quality Victorian hob nail design. The silver mount has grape vine detail entwined around the neck, the lid finial in the form of a bunch of grapes, the handle formed realistically as a branch with bark engraving and leaves. Contains 1050 ml. Height 29.5 cm. London 1887.

Cartwright, Hirons and Woodward, a Birmingham partnership established c. 1850 by George Cartwright and Joseph Hirons, trading as Cartwright & Hirons changing to Cartwright, Hirons & Woodward in 1853 when Horace Woodward became partner. In 1859 Joseph Hirons left the partnership and the firm changed its name to Cartwright & Woodward. In 1865, after George Cartwright’s retirement, the business continued as Horace Woodward & Co. When Horace Woodward left the company in 1883 the business was continued by Edgar Finley and Hugh Taylor, maintaining the same name until 1893 when the firm became the limited company Horace Woodward & Co Ltd. In 1919 the firm was acquired by Adie Brothers Ltd. The firm used a figural trade mark (the shape of Atlas into a lozenge) registered in 1876. This trade mark was often used in its electroplate production. The same trade mark was rarely present in its sterling silver production.

The antique wine jug is in very good condition. Stamped with a full set of English silver hallmarks on the lid (rubbed marks), lid unmarked. The glass is in good condition with an amount of chipping/frits commensurate with age.
Please note that this item is not new and will show moderate signs of wear commensurate with age. Reflection in the photograph may detract from the true representation of this item.