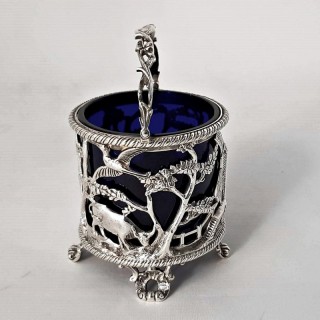 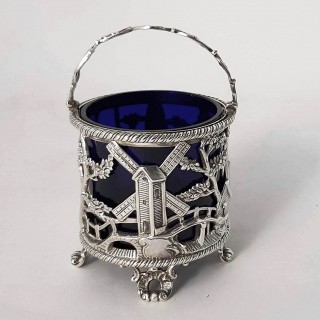 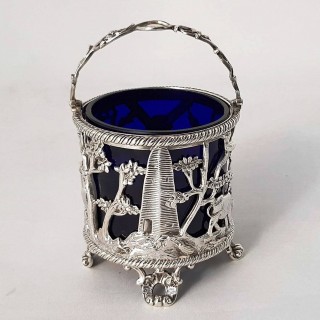 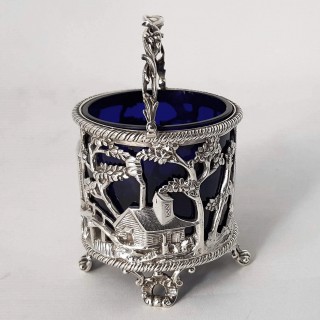 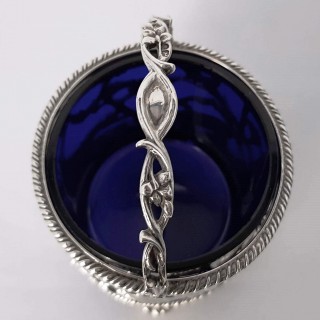 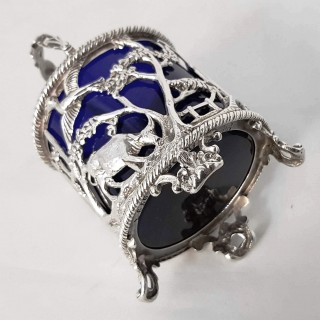 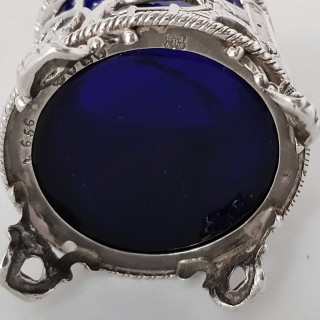 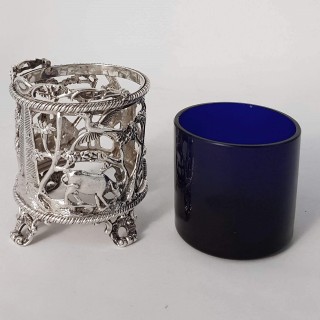 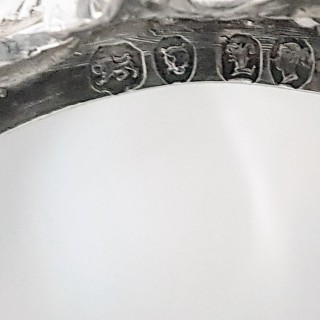 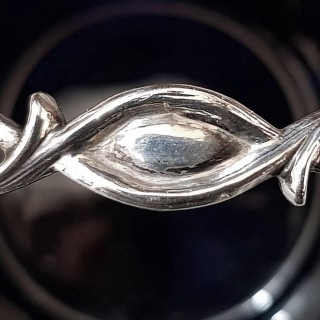 The basket is in very good condition. The glass liner has no issues and seems original. Stamped with a full set of English silver hallmarks underneath, the handle with duty mark and lion passant.