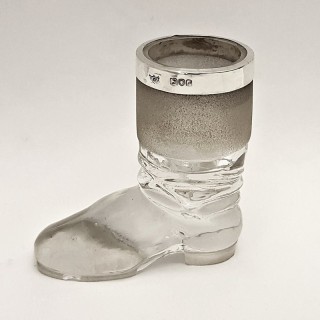 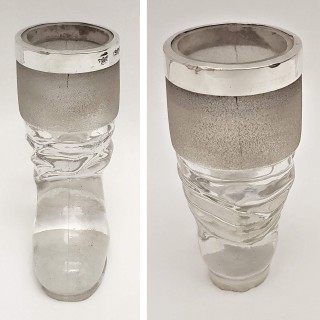 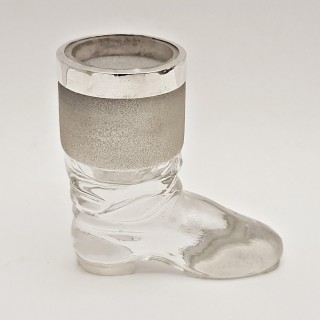 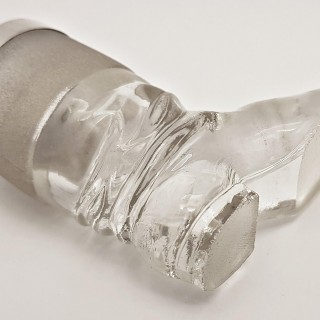 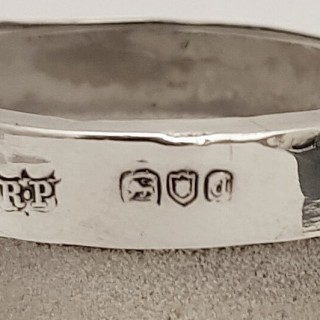 A funky little collectible item. An antique silver match striker in the form of a boot. The container is fashioned in glass, the top strip has a rough finish so it can be used to strike a match, the rim has a sterling silver rim.

The match striker is in good condition.