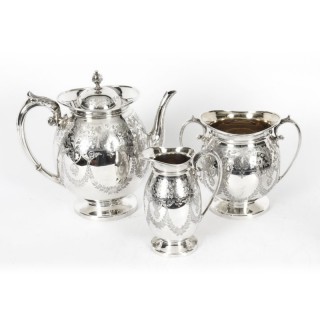 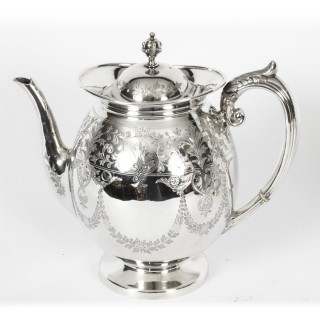 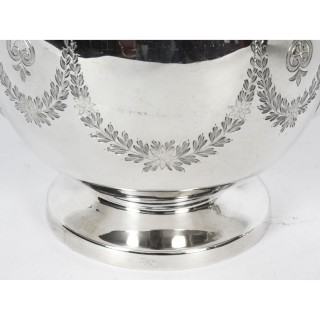 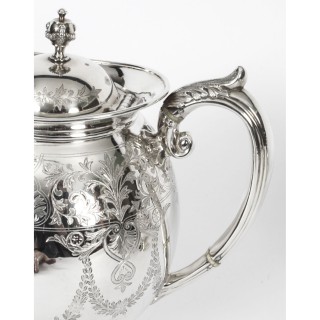 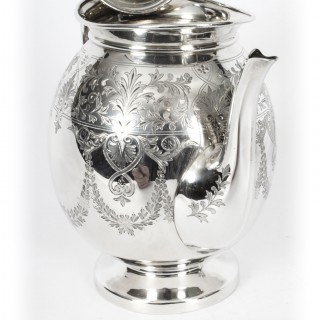 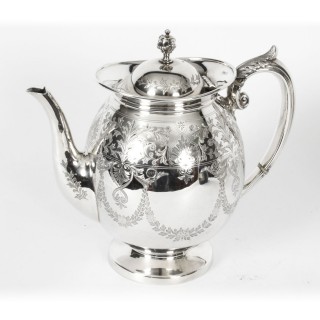 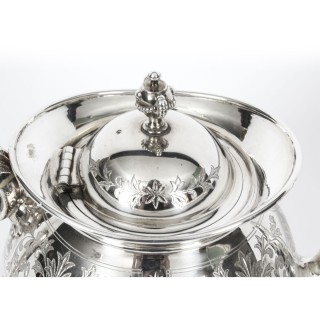 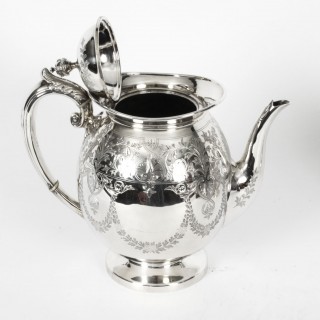 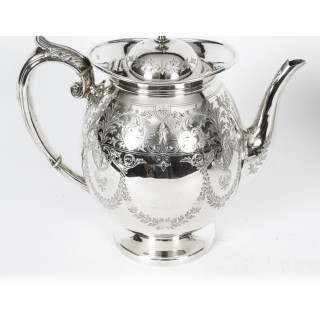 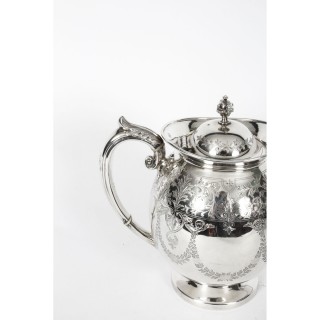 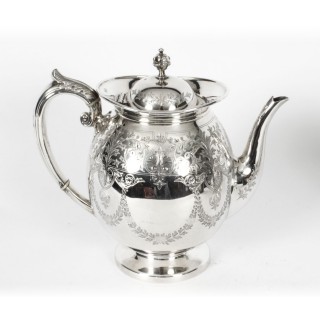 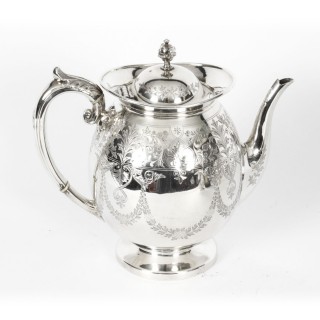 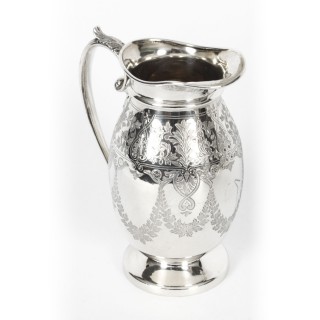 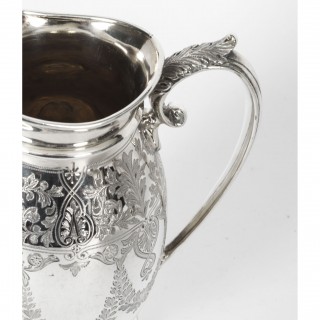 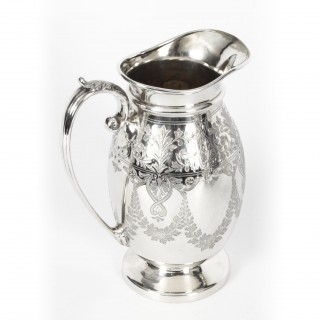 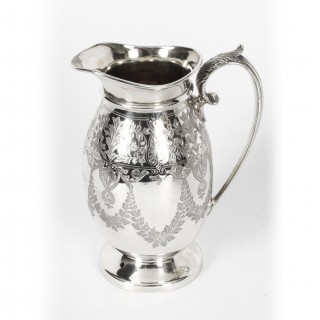 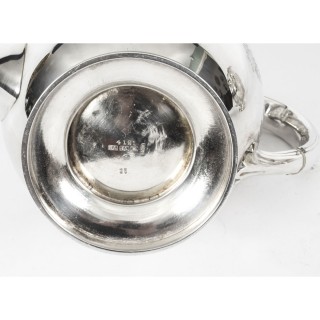 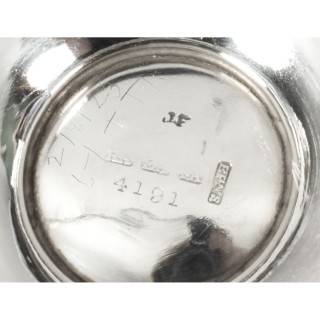 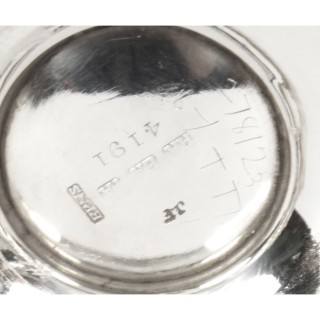 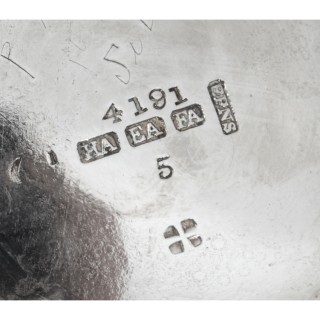 This is a wonderful English antique Victorian three piece silver plated tea set, bearing the makers mark HA for the renowned silversmith Atkin Brothers and Circa 1890 in ate.

It has superb engraved decoration, is raised on three elegant legs and bears the makers mark of Fenton Bros, Sheffield on the underside, along with the Victorian Registration number.