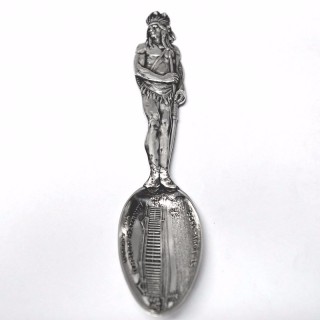 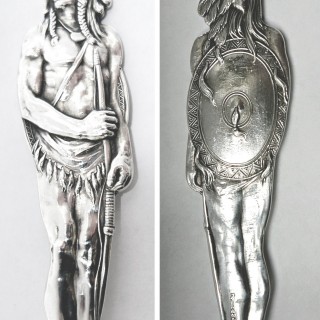 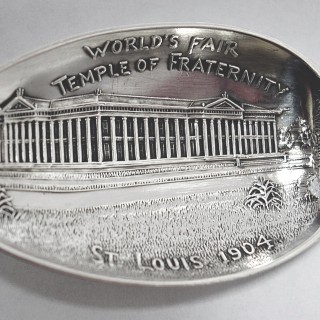 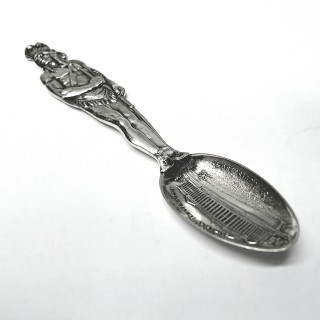 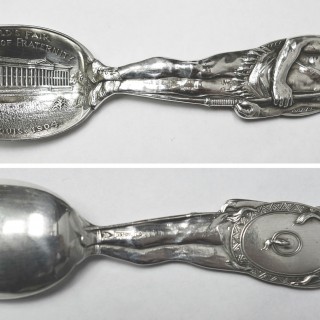 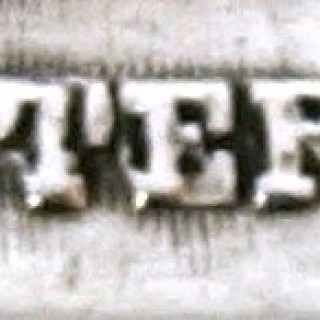 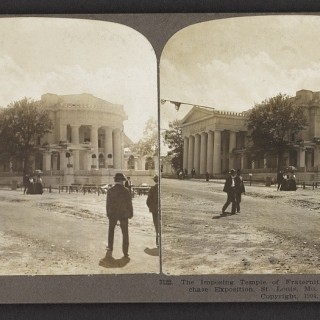 A beautifully modelled antique sterling silver spoon commemorating the St Louis World’s Fair in 1904. The handle is beautifully modelled in the form of an American Red Indian, back and front. The bowl has a picture of the Temple of Fraternity, an immense conference building in the centre of the exhibition complex. Weight 49 grams, 1.5 troy ounces. Length 14.8 cms. Bowl 5.2×3.1 cms. Stamped on the reverse with “Sterling” and a flag. Made in the USA. Circa 1904.

In 1904, St. Louis hosted a World’s Fair to celebrate the centennial of the 1803 Louisiana Purchase. The Fair opened April 30, 1904, and closed December 1, 1904, and was held at the present day Forest Park. The Fair’s 1,200 acre site was designed by George Kessler. There were over 1,500 buildings, connected by some 75 miles of roads and walkways. Sixty-two foreign nations exhibited at the fair, including each of the 43 states of the United States of America at that time.

A building of immense proportions in which conferences and meetings of fraternal organisations were held. The architecture was an adaptation of the Greek Parthenon and the building contained eighty committee rooms, a large room and an open court in the centre. The temple of Fraternity Building stood on elevated ground mid-way between the City of Jerusalem exhibit and the great Agricultural Hall, very near the centre of the exposition grounds.

This attractive spoon is in very good condition with no damage or restoration. With American silver marks on the reverse.