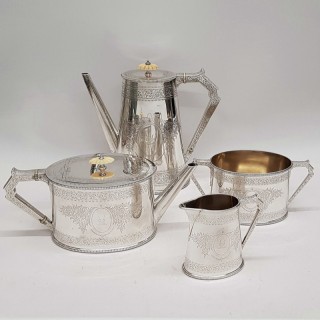 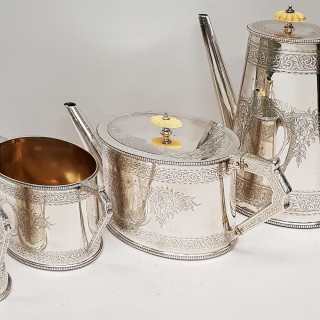 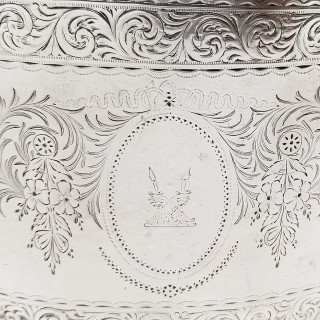 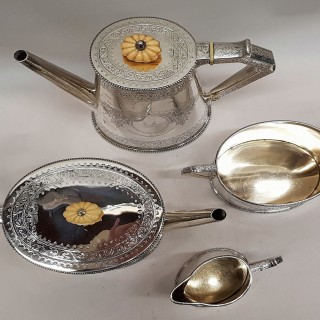 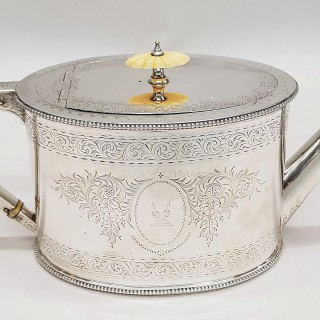 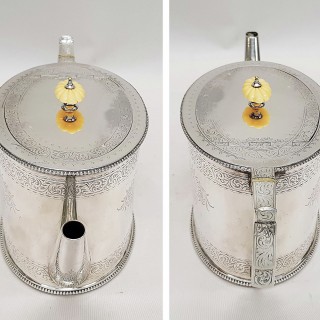 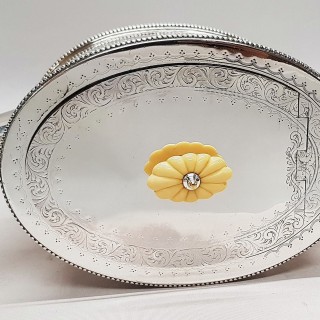 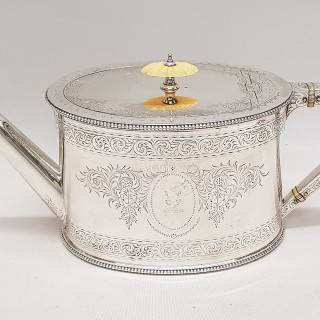 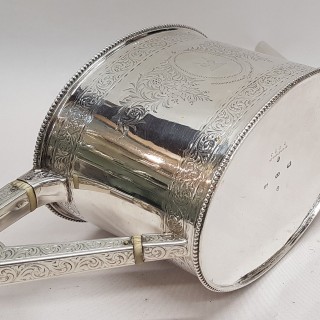 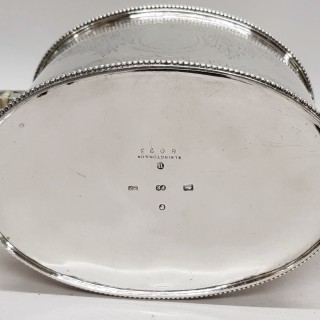 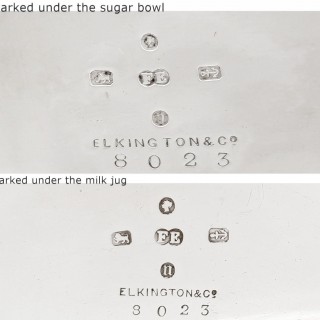 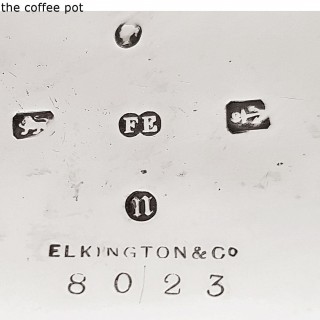 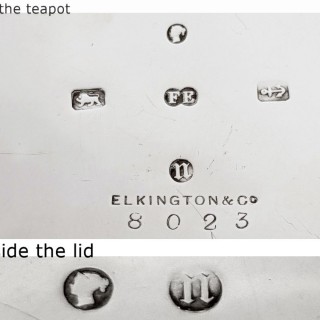 ELKINGTON
Elkington & Co, a highly successful and innovative firm of manufacturing silversmiths and electroplaters. George Richards Elkington was born in Birmingham, the son of James Elkington, a spectacle manufacturer. He was apprenticed to his uncles Josiah and George Richard’s silversmithing business in 1815 and on his father’s death, in about 1824, George Elkington inherited his father’s spectacle manufactory. Until 1840 he continued in partnership with his uncles Josiah and George under the name of Richards and Elkington, silversmithing and gilt-toy manufacturers, of Holborn, London, and St Paul’s Square, Birmingham. Elkington had other concurrent partnerships: one with Joseph Taylor, a Birmingham gilt-toy maker, dissolved in 1839; another with his cousin Henry Elkington which began in about 1836 and eventually became the firm of Elkington & Co. After George Elkington entered into partnership with his cousin Henry, the two men began experimenting with new ways of gilding base metals and they took out certain patents for the application of electricity to metals. When, in 1840, John Wright, a Birmingham surgeon, discovered the valuable properties of a solution of cyanide of silver in potassium cyonide for electroplating purposes, the Elkingtons purchased and patented Wright’s process (British Patent 8447 : Improvements in Coating, Covering, or Plating certain Metals), subsequently acquiring the rights of other processes and improvements. In 1843 Elkingtons acquired the rights to Werner von Siemens’s first invention, an improvement to the gold and silver plating process. The Elkingtons opened a new electroplating works in Newhall St, in the Jewellery Quarter, Birmingham in 1841, and the following year Josiah Mason, a pen manufacturer, joined the firm now named Elkington, Mason & Co. Mason encouraged the Elkingtons to add more affordable electroplated jewellery and cutlery to the large pieces the company had been producing. The agreement between Elkington and Mason was dissolved on 31 December 1861, after which the company traded as Elkington and Co. By the mid-1860s Elkington’s employed nearly a thousand workers and was firmly established as the leading silver- and electroplate company in the world. According to the firm’s historian, George Elkington’s ‘industry and capacity for work must have been untiring. He had half a dozen irons in the fire, any one of which might have monopolised the watchfulness of an ordinary man’ (Leader, ‘History of Elkington & Co.’, 2). George Elkington’s whole life was spent in Birmingham. He was a governor of King Edward VI’s Grammar School and was made a borough magistrate in 1856. However, he was unostentatious and retiring in his habits. He died of a stroke at his residence, Pool Park, Llanfwrog, Ruthin, Denbighshire, on 22 September 1865. The business was continued by his sons, Frederick (d. 1905), James Balleny (d. 1907), Alfred John (d. 1910), Howard (d. 1899), and Hyla (d. 1901).

The tea set is in very good condition with no damage. The engraving is crisp. Each piece is stamped with English silver hallmarks which are clear and matching, the pots are also marked underneath the lid. This set has been tested for water retention and does not leak.