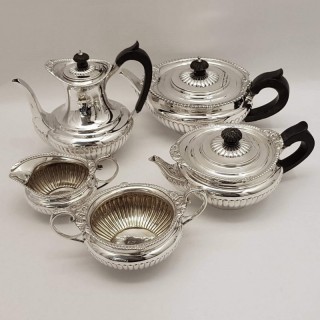 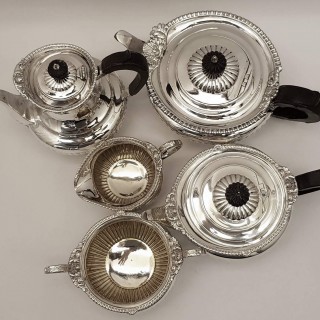 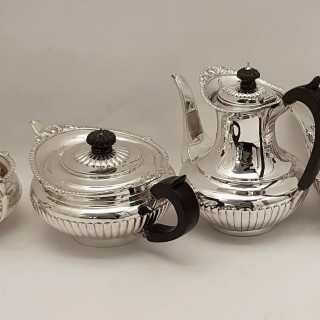 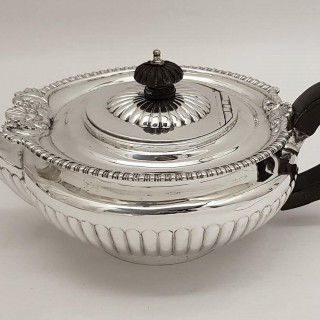 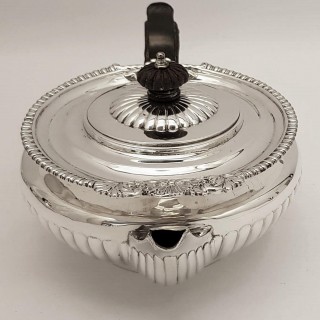 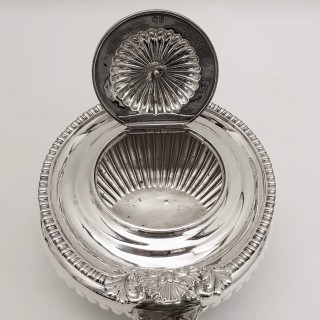 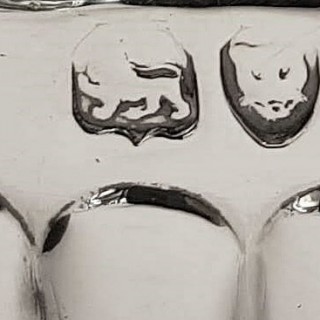 This antique silver tea set is in very condition. The handles are tight, the pots pour beautifully and do not leak. Each piece has a full and matching set of English silver hallmarks, all same maker, dates 1890-1892. Slight wear to the inner gilding. Please note that this item is not new and will show moderate signs of wear commensurate with age. Reflections in the photograph may detract from the true representation of this item.