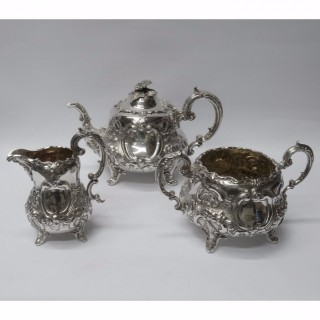 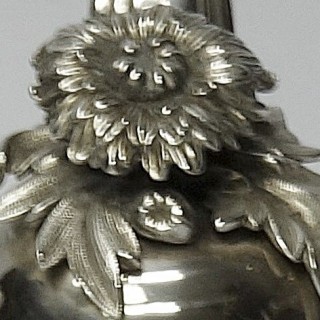 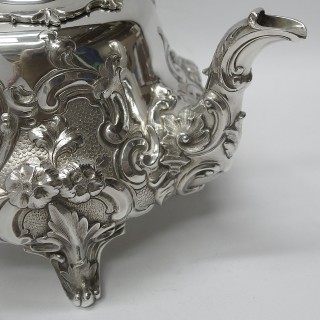 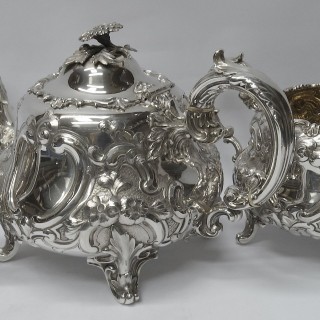 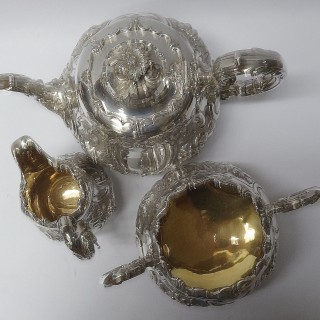 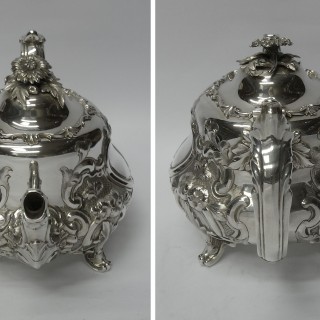 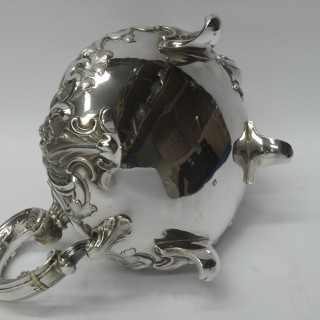 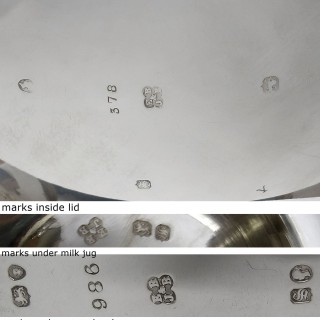 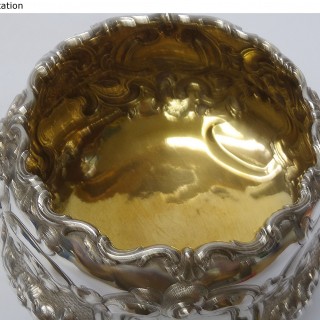 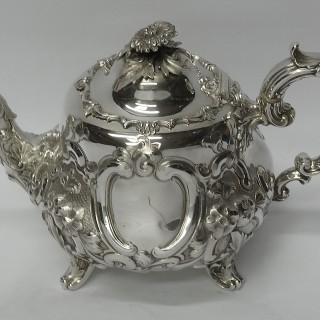 Biography – This old established manufacturing silversmith business was started by Anthony Nelme c.1680 passing to Francis Nelme on his death in 1722. Thomas Whipham took over the business in 1739, passing it to his son Thomas Whipham jr in 1756 who took into partnership Charles Wright.

This pretty set is in very good condition with no restoration. Each piece is stamped with a full set of clear and matching English silver hallmarks. The decoration is deep and crisp. The jug and bowl have the original bright gilding. The teapot has been water tested and does not leak, the handle is firm. The teapot has a small scratch on the front cartouche, the bowl has a foot indentation which is scarcely visible from the outside (see photos).