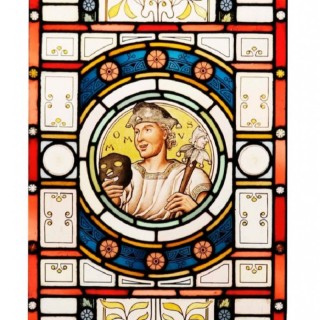 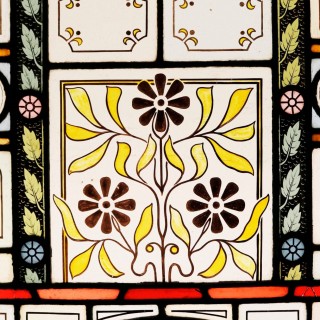 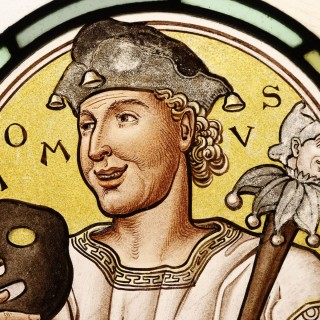 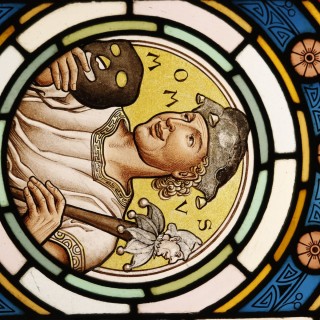 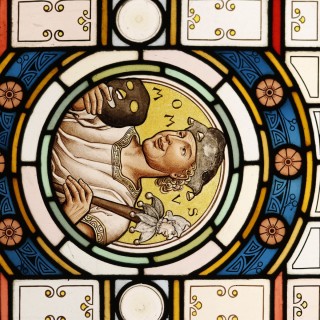 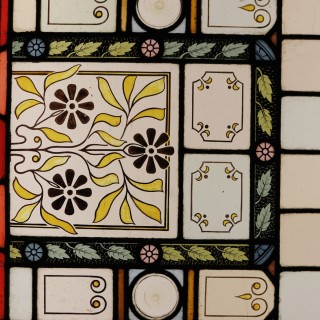 Antique Stained Glass Window Depicting Momus. Momus was the god of mockery, blame, scorn, ridicule, complaint and harsh criticism. According to Greek mythology, he had been expelled by Zeus from heaven for ridiculing the gods. He is here depicted in his most common form, holding a mask from his face to symbolise mischief as well as a small figure. The stained glass window contains decorative raised roundels, vibrant colours and beautiful Greek patterns.

Good structural condition, The panel is housed in a temporary softwood frame. There are several cracks to the red glass, mainly to the perimeter. This panel is in good unrestored condition.