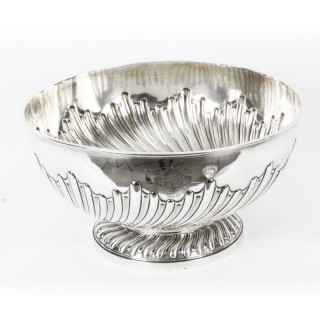 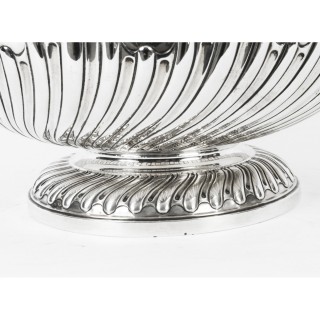 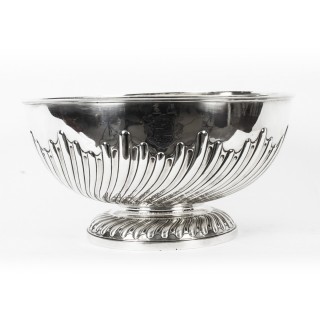 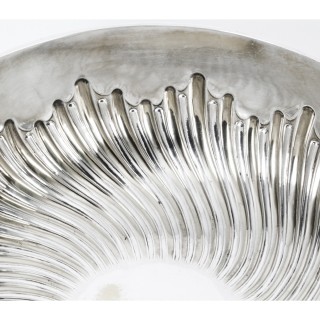 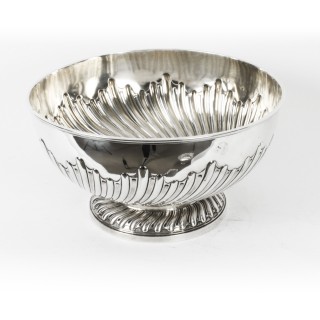 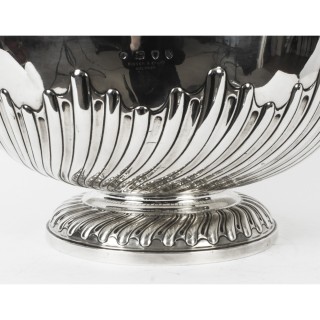 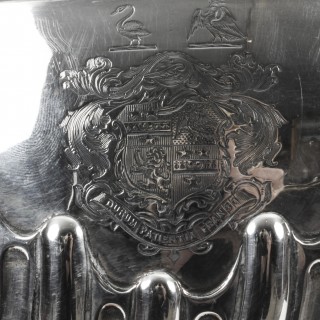 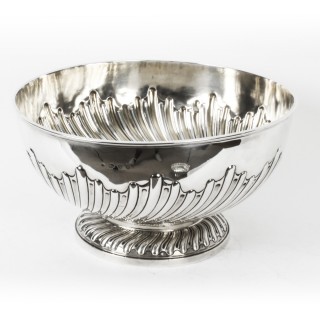 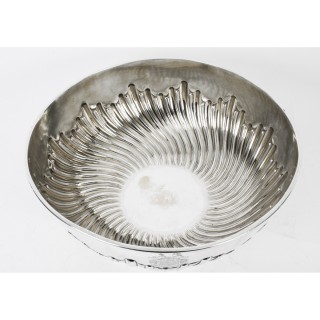 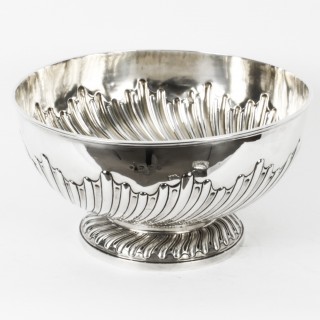 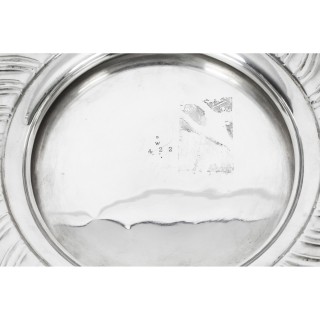 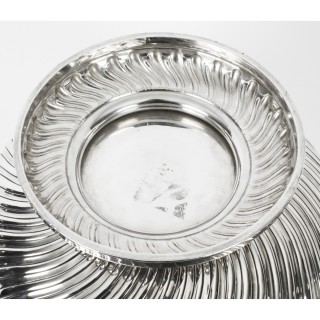 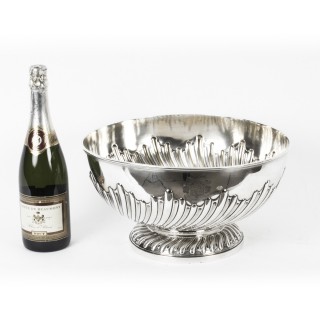 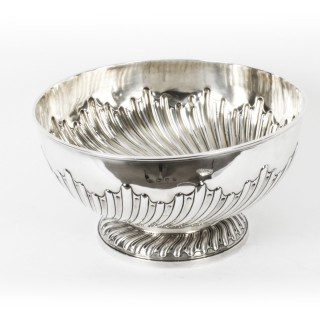 This is a large gorgeous antique Victorian sterling silver punch bowl bearing the makers mark of the renowned silversmith Walter Barnard with hallmarks forLondon 1892 and retailed by Gibson & Co, Belfast.

This exquisite punch bowl is also ideal as a champagne cooler and it has beautiful and incredibly detailed embossed half fluted decoration and is raised on a pedestal foot.

The SHARMAN-CRAWFORD combined Coat of Arms

Born at Moira Castle, at the age of 25 on 5 December 1805, as William SHARMAN, he married at Bangor, Mabel Fridiswid CRAWFORD and had with her eleven children. They lived together at Crawford House, Crawford’s Burn, Co. Down, Northern Ireland.

Just before his death in 1827, William’s brother-in-law Arthur Crawford in a pact with his father, agreed to break the entail on the estate in favour of his sister Mabel Fridiswid CRAWFORD, and William SHARMAN was authorised, by Royal Licence to assume the surname of CRAWFORD in addition to, and after SHARMAN, and to bear the arms of Crawford quarterly with those of Sharman, thus beginning the SHARMAN-CRAWFORD line.

This is truly a special item and it will attract the maximum amount of attention, the quality and craftsmanship are undeniable.