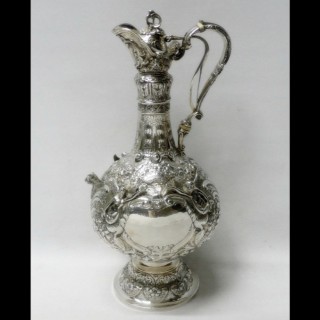 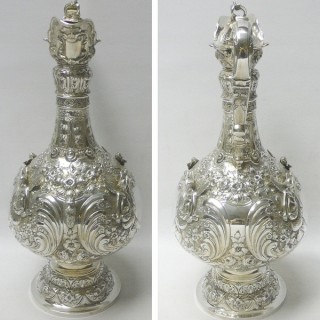 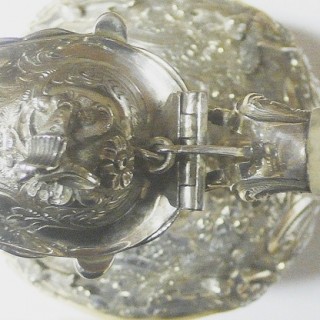 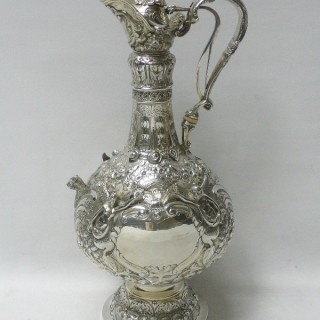 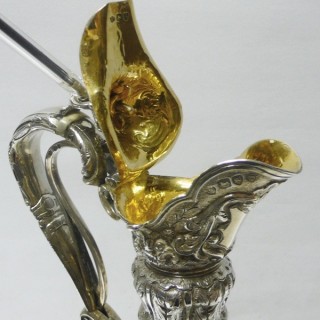 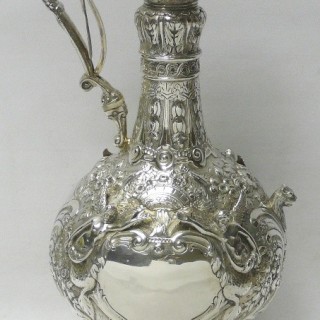 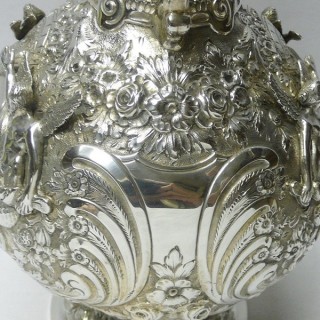 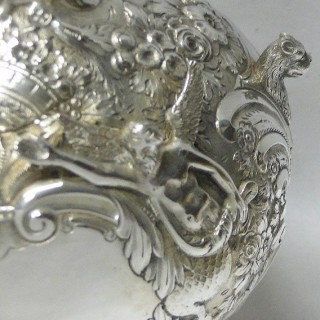 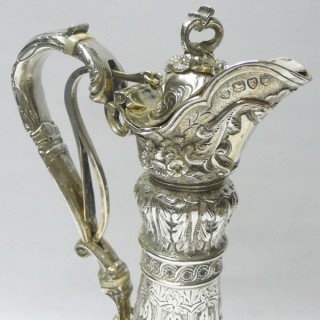 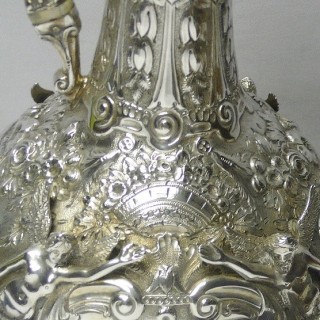 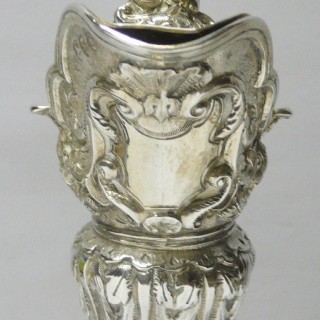 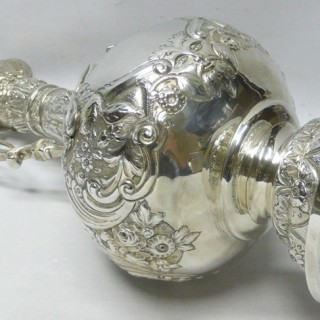 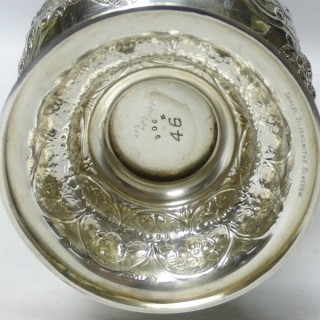 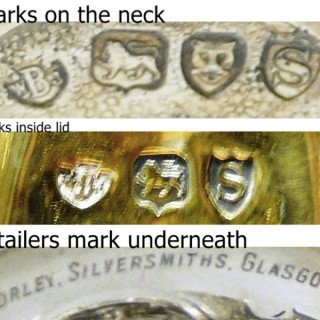 A magnificent large antique sterling silver wine jug of elegant shaped form on pedestal foot. The hinged lid, with ornate flower encrusted finial, opens by squeezing the handle mechanism. Beautifully chased with flowers, swirls and leaves, the jug has a cartouche to both sides (uninscribed). To the front there is an applied animals head and both sides of each cartouche there is a winged figure. Weight 1231 grams, 39.5 troy ounces. Height 37 cms. London 1893. Maker W & J Barnard.

This outstanding silver jug is in very good condition with no damage or restoration. With a full set of English silver hallmarks on the neck and part marked inside the lid. There is a small dent on one of the cartouches.