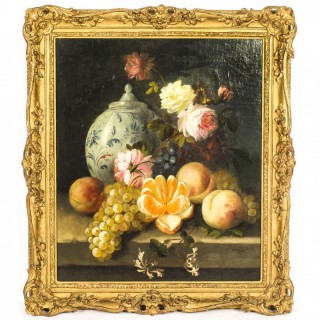 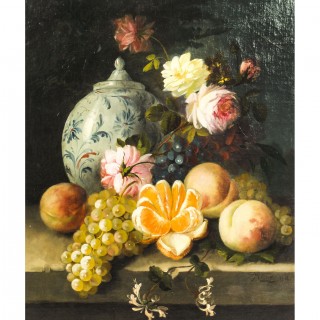 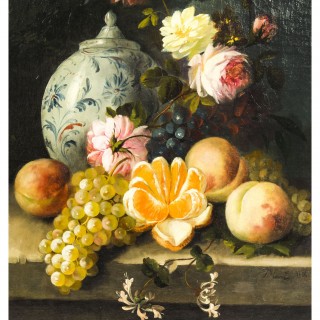 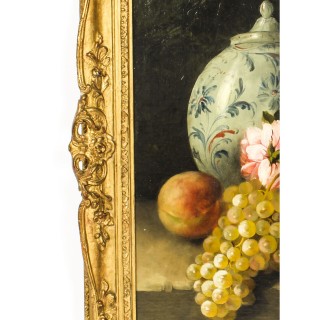 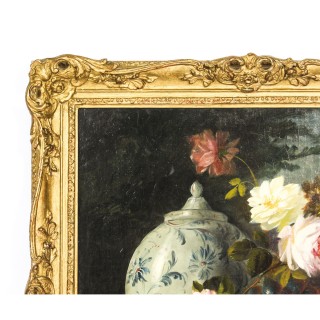 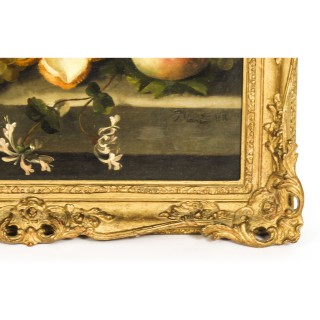 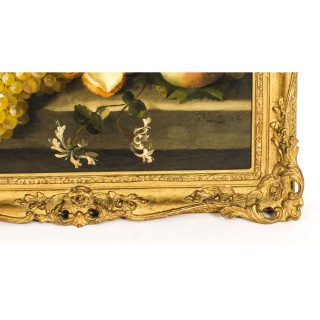 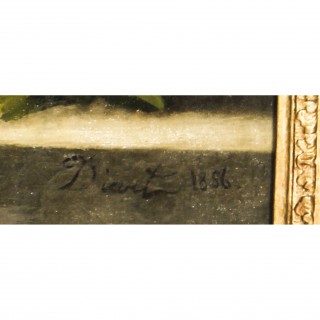 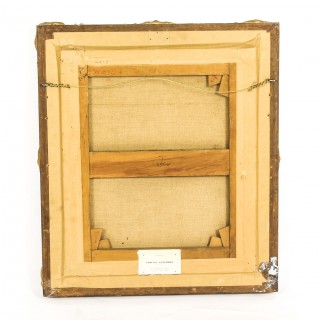 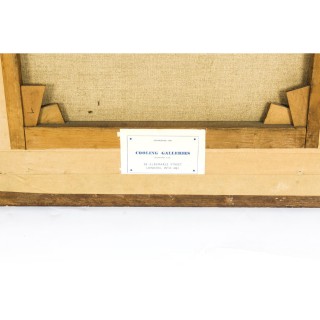 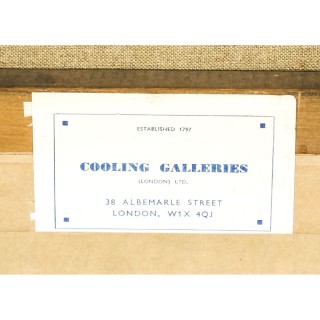 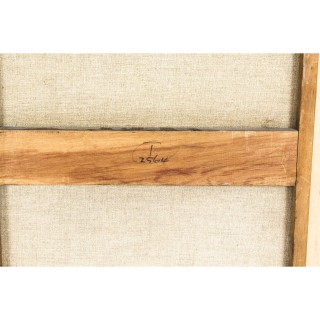 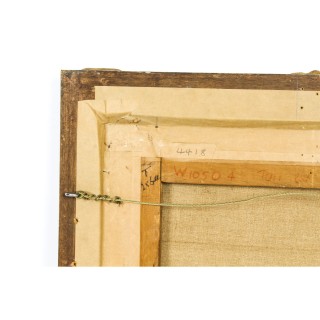 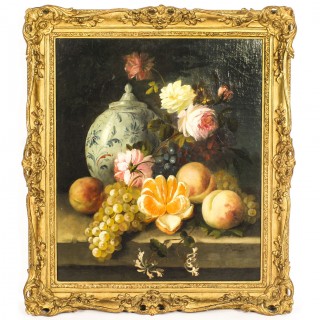 This is a magnificent antique oil on canvas still life painting with a stunning gilt and gesso frame, late 19th century in date by the French painter Jules EdouartdDiart, 1840 – 1890

This splendid painting features roses, grapes, peaches and an orange with a blue-and-white pot on a stone ledge signed lower right ‘Diart 1886’
Provenance:
Cooling Galleries, 38 Albemarle Street, London, where acquired by the late husband of the last owner

Great attention has been paid to individual elements in the painting. Indeed each rose petal has been painted with diligent conscientious precision.

The artist has captured the beauty of the arrangement perfectly well, giving the whole composition significant depth. Indeed this still life is characterised by its exceptional pastel hues and by a remarkable concentration on light and shadow on fruit, lowers and foliage.

It is housed in its magnificent gilt gesso frame which is decorated with superb foliate decoration.

Add this splendid antique painting to a very special wall in your home.

Condition:
In excellent condition the painting and frame having been beautifully cleaned in our workshops, please see photos for confirmation.