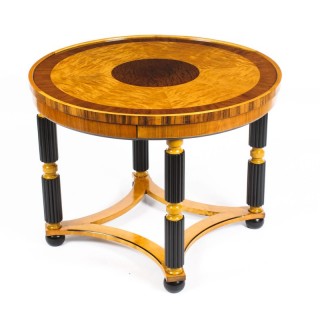 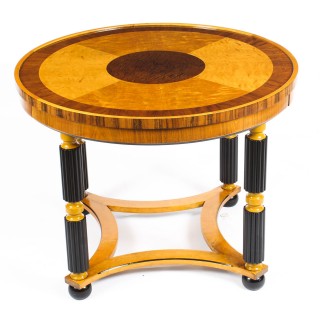 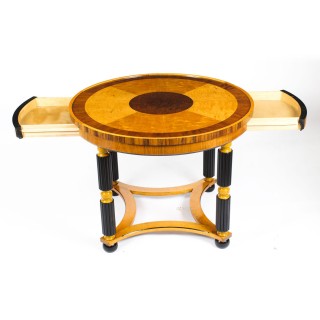 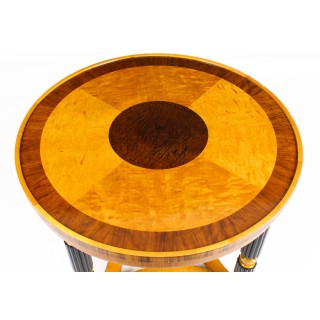 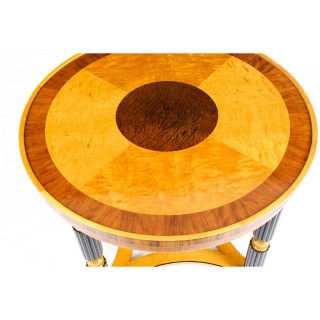 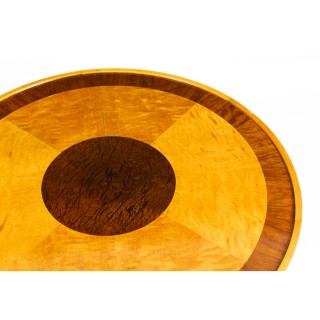 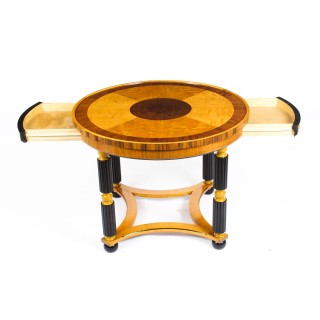 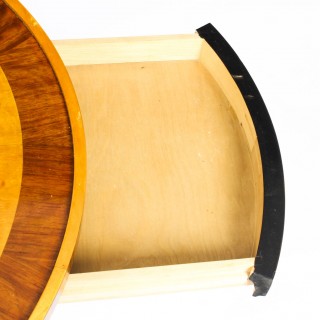 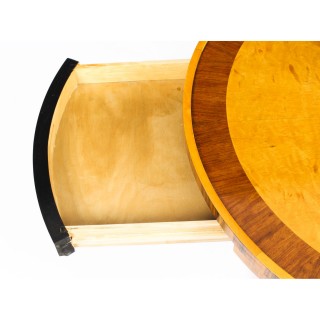 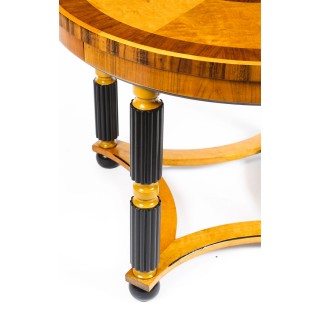 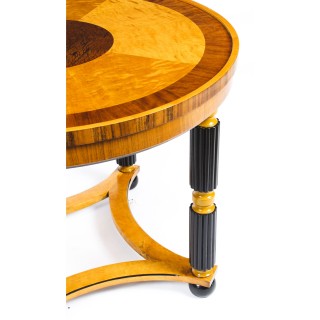 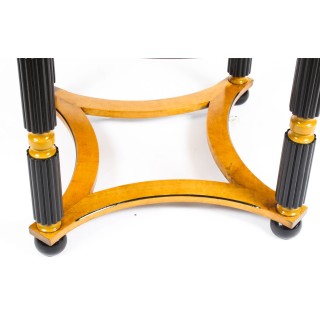 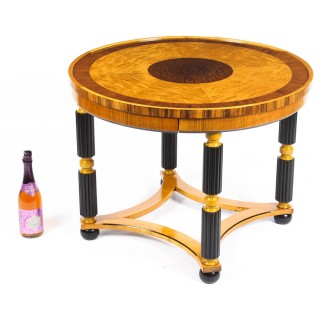 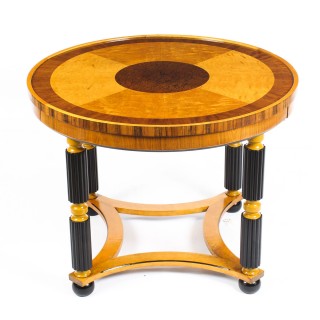 This is a stylish antique Swedish Biedermeier birch coffee table with ebonised detail, circa 1930 in date.

The round table features beautifully veneered specimen wood including burr burr walnut, zebra wood, pollard oak and features a pair of hidden drawers in the frieze. It is raised on ebonized flutted legs united by shaped stretchers on ball feet.

The grain of the wood is truly breathtaking and the quality and attention to detail on display throughout this large and sturdy piece are second to none.