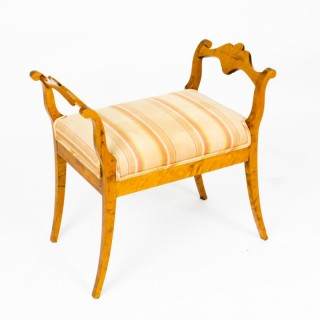 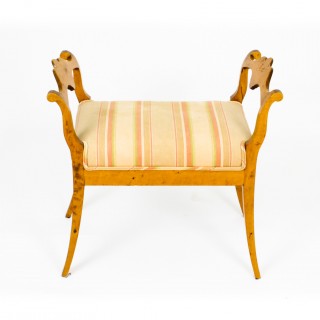 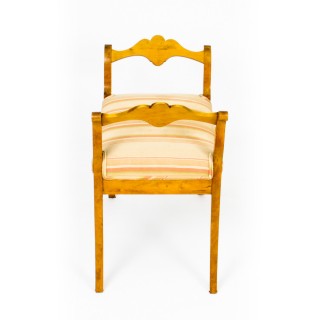 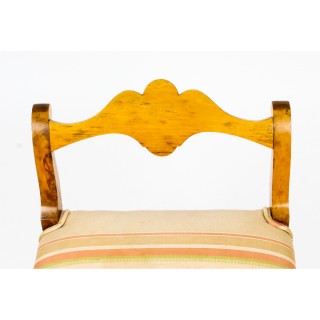 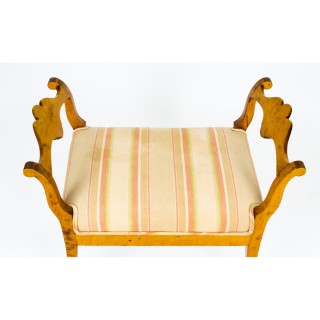 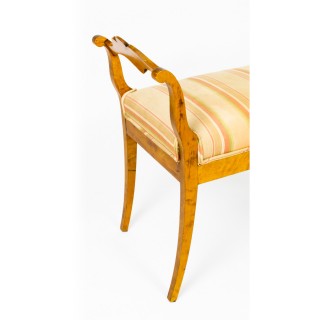 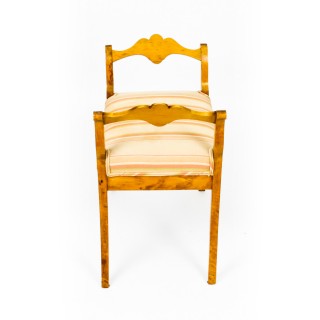 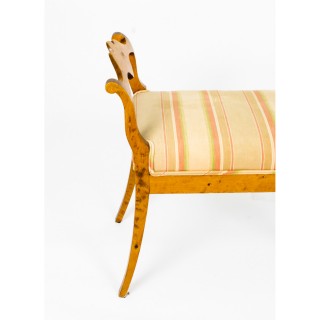 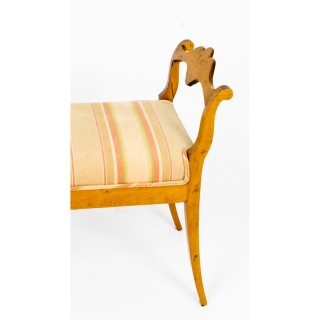 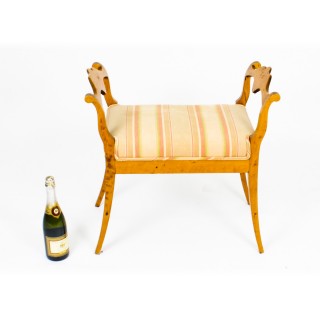 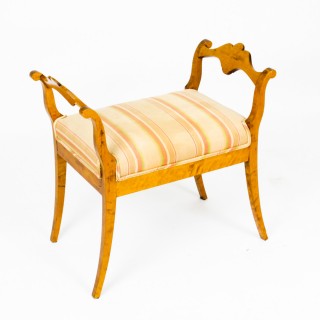 This is a fantastic Swedish birchwood Biedermeier stool, circa 1840 in date.

The stool features scrolled side rails upholstered in its original fabric, raised on elegant sabre legs.

This gorgeous antique stool will be a wonderful addition to one special room in your home.

Condition:
In excellent condition. As an antique item, the stool show signs of use commensurate with age, these minor condition issues are mentioned for accuracy and, as seen in the accompanying photographs, the stool displays beautifully.