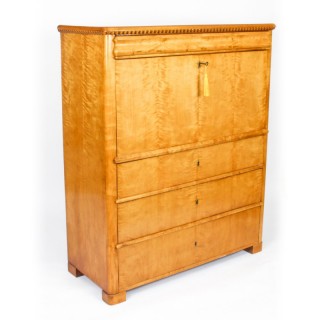 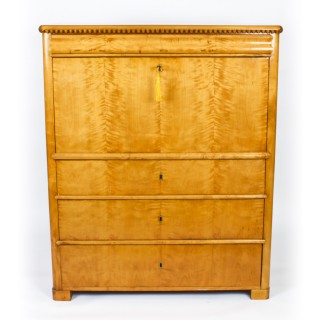 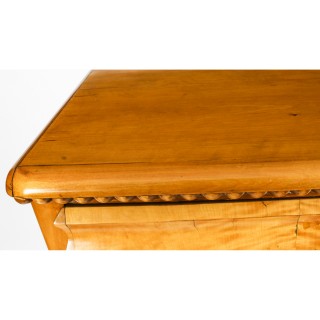 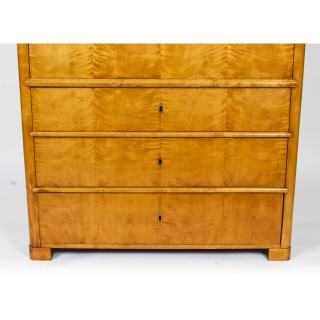 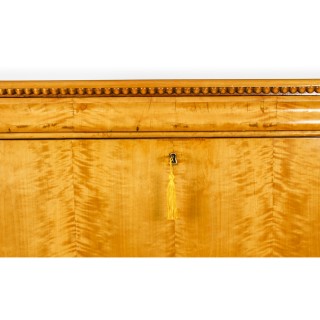 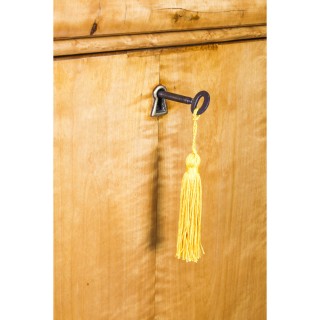 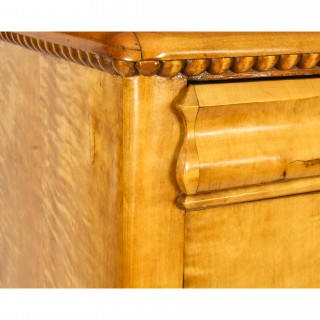 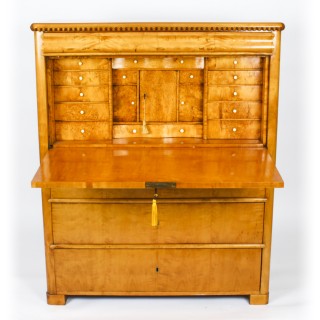 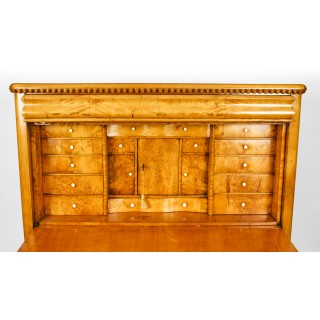 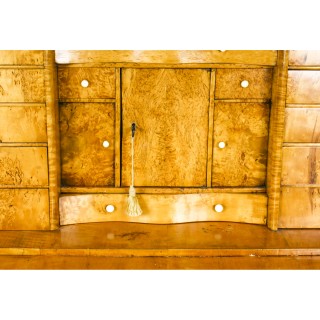 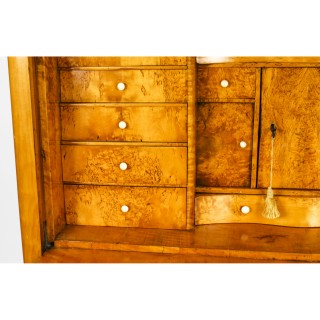 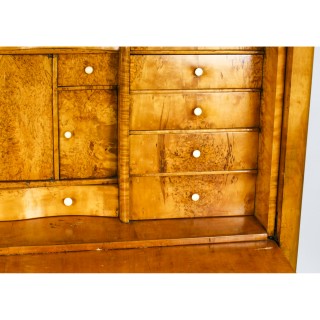 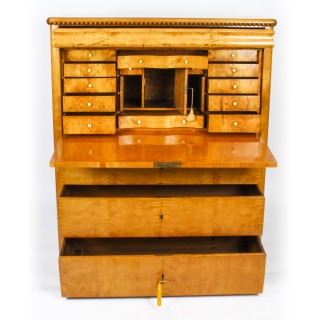 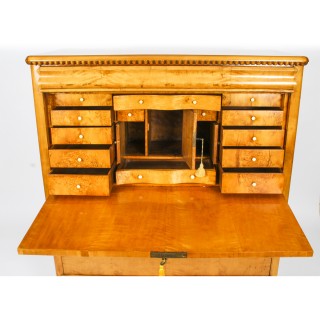 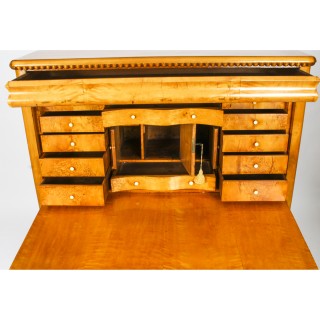 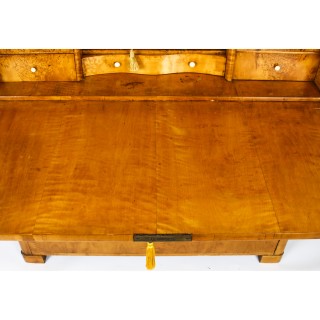 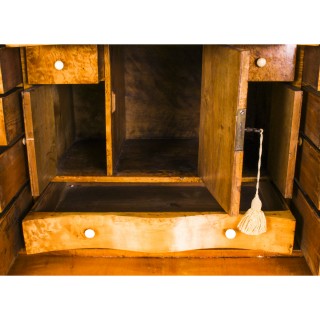 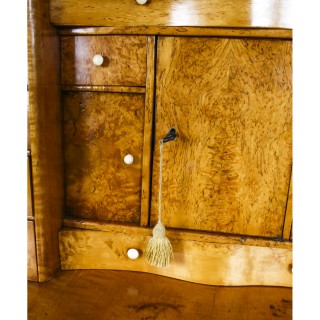 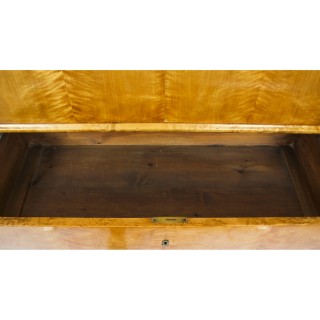 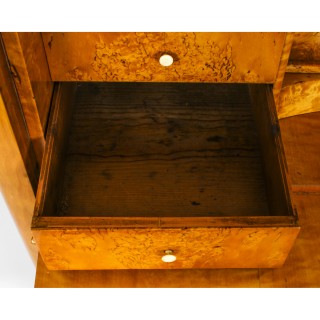 The rectangular top features a moulded cornice. The body features rounded corners with a curved drawer over the key-locked fall front, which opens to reveal a writing surface and a fitted masur birch interior. The interior is fitted with two columns of five stacked drawers with bone knobs, flanking a center section with two long, two short drawers and three cupboards. Below the fall front are three full width drawers, all with hand-cut dovetail joints.

A fabulous example of the timeless Biedermeier style.