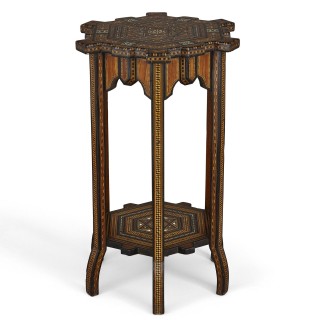 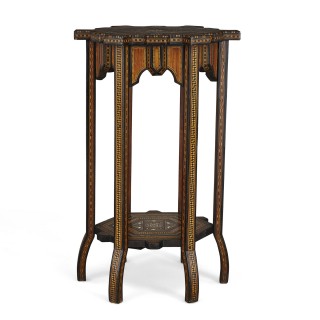 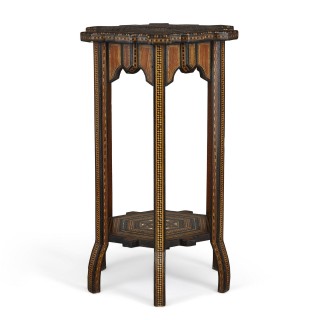 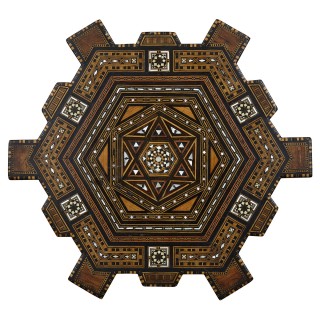 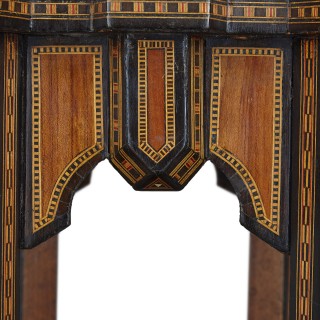 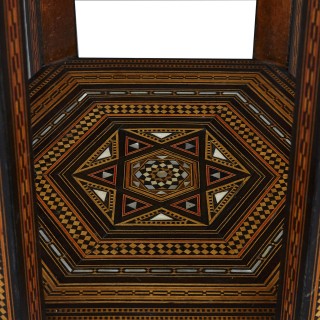 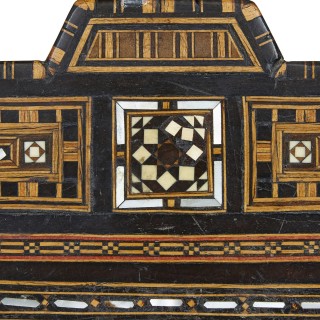 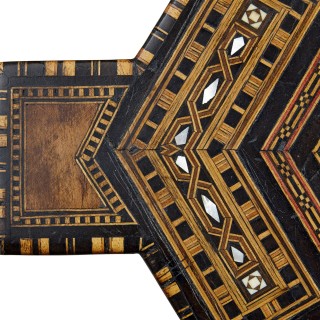 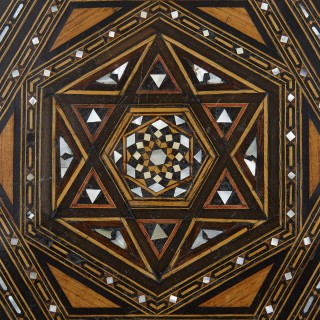 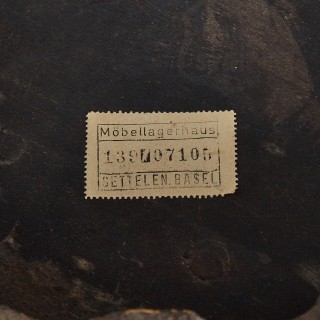 This beautiful side table is a fine demonstration of the intricacy of traditional Syrian design. The table features a shaped hexagonal top, which is profusely inlaid with tesserae of variously coloured woods and mother of pearl, the result of which is a visually spectacular surface decoration. The six legs that support the tabletop, the shaped aprons in between each leg, and the shelf-form stretcher at the bottom of the table are all similarly adorned with inlaid woods and mother of pearl.