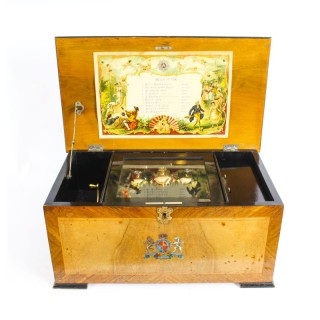 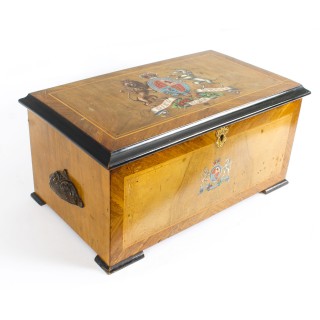 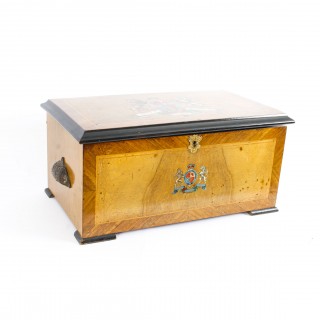 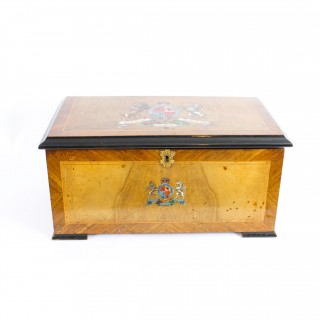 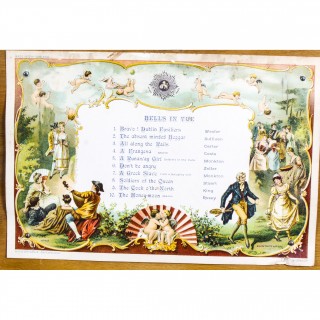 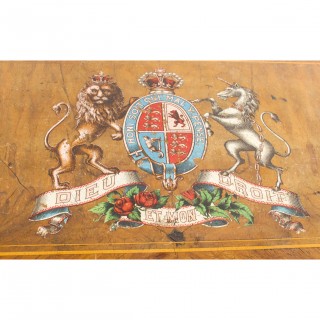 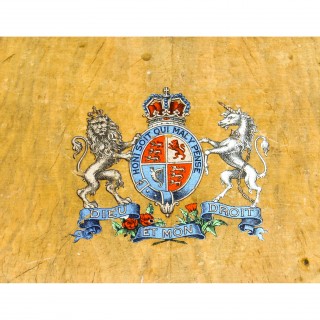 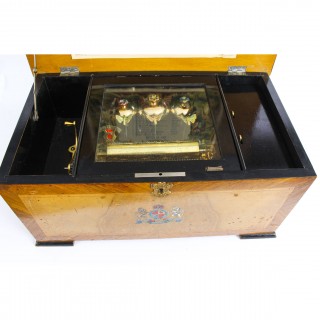 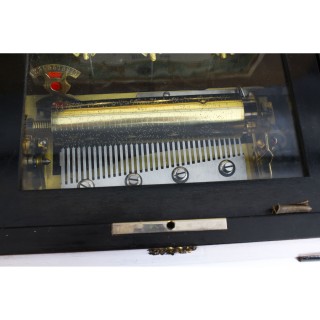 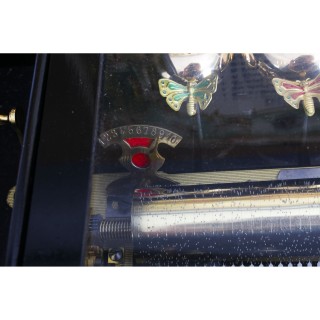 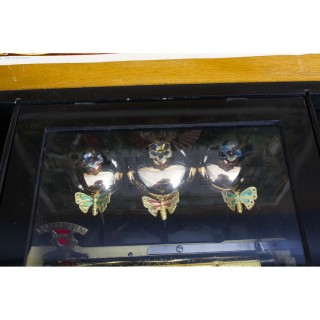 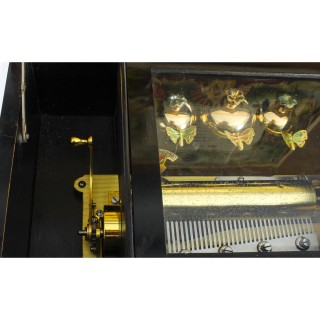 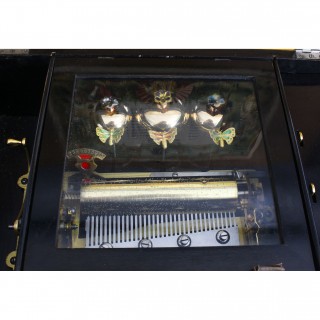 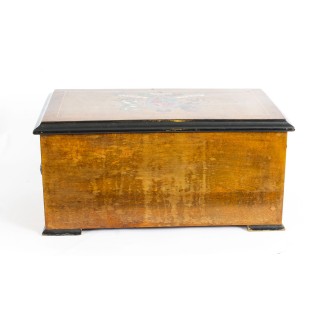 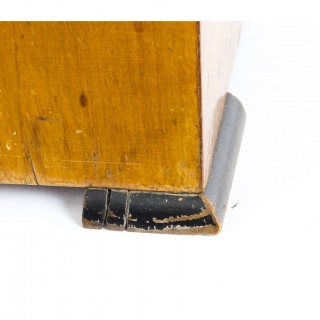 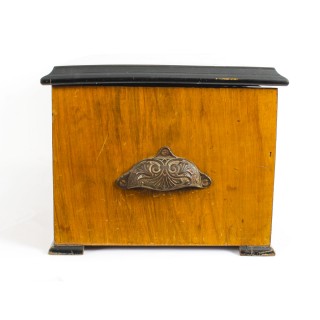 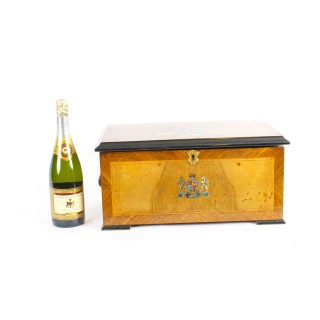 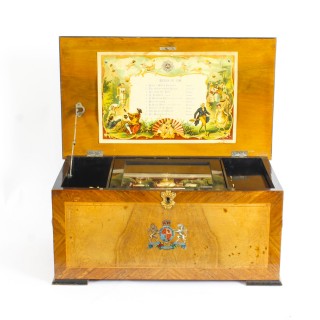 This exceptional music box is rectangular in shape and features a high-quality Swiss movement playing ten aires. There are three bells with stunning enamelled butterfly clangers of different lively colours – red, green and blue – and a beautiful tune indicator. The lid and front with polychrome Royal Coat of Arms prints.

It has the original attractive and joyful music sheet with coloured engraving inside. It is signed ‘Walter Marty, Herisau’ and features charming classical scenes of delightful dancing people and angelic flying cherubs.

It bears the stamp of ‘B. H. A. Ste Croix, Switzerland & London’, the renowned makers.

The box plays the following ten popular tunes of the time:

Condition:
In excellent working order having been serviced by our musical box restorer.

Music box
(also musical box) is a 19th/20th century automatic musical instrument that produces sounds by the use of a set of pins placed on a revolving cylinder or disc so as to pluck the tuned teeth (or lamellae) of a steel comb. They were developed from musical snuff boxes of the 18th century and called carillons à musique. Some of the more complex boxes also have a tiny drum and/or small bells, in addition to the metal comb.

For most of the 19th century, the bulk of music box production was concentrated in Switzerland, building upon a strong watchmaking tradition. The first music box factory was opened there in 1815 by Jérémie Recordon and Samuel Junod. There were also a few manufacturers in Bohemia and Germany. By the end of the 19th century, some of the European makers had opened factories in the United States.

The cylinders were normally made of metal and powered by a spring. In some of the costlier models, the cylinders could be removed to change melodies, thanks to an invention by Paillard in 1862, which was perfected by Metert of Geneva in 1879.[citation needed] In some exceptional models, there were four springs, to provide continuous play for up to three hours.

Barnett Henry Abrahams (1839-1902) –
was a music box dealer and maker. He emigrated to Switzerland and founded a musical box manufacturing business in 1857. In 1895 he went to Sainte-Croix to manufacture cylinder and disc musical boxes. Many of his musical boxes carried the Britannia name.

After his death the business was continued by his sons and had a London address at 133/135 Houndsitch. It is known to have still been trading in 1915.