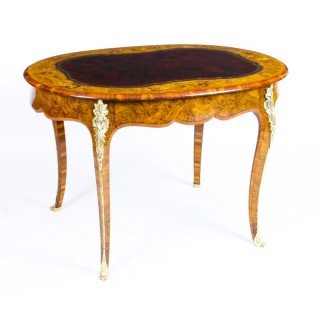 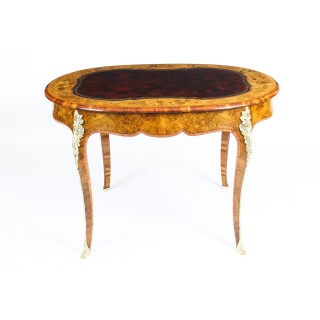 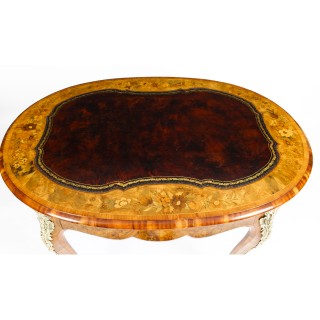 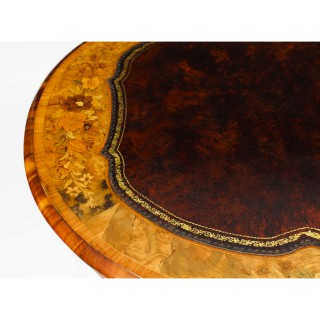 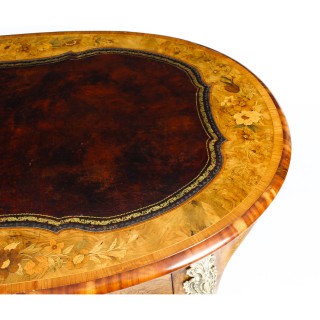 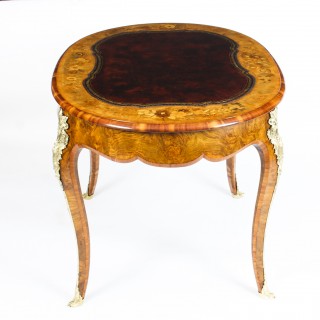 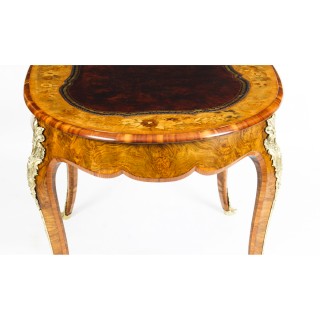 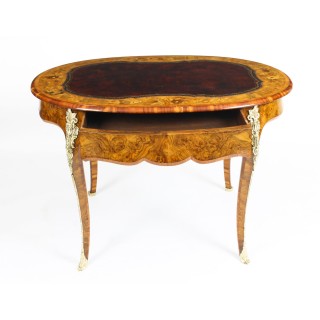 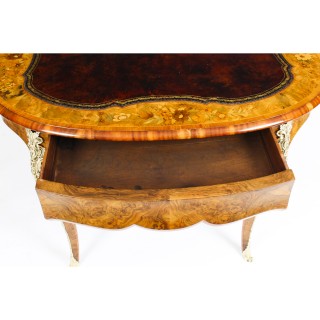 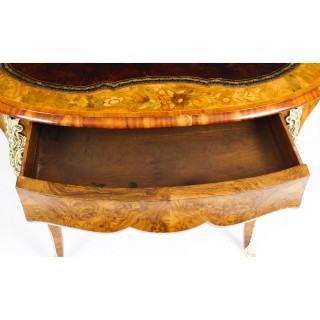 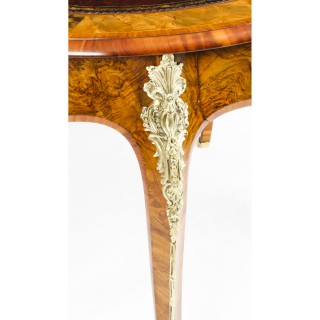 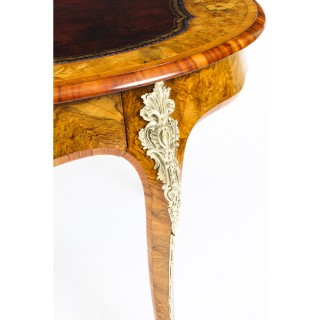 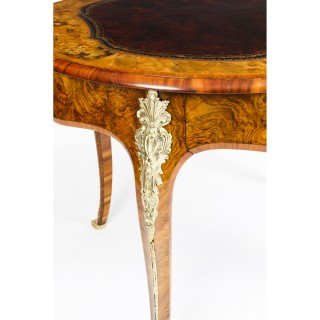 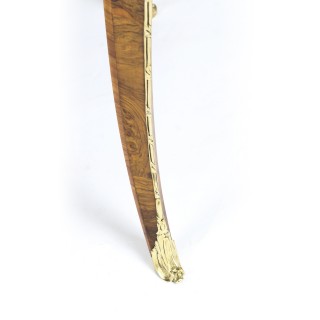 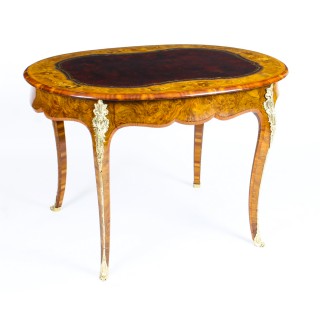 This superb desk is crafted from beautiful burr walnut with an inset gold tooled burgundy leather that has a wonderful band of floral marquetry decoration around it. It has a single full width frieze drawer and is raised on elegant ormolu mounted cabriole legs

This writing table is a beautiful example of a free standing piece of furniture which is certain to make a statement wherever it is placed.

Walnut & Burr Walnut
Walnut is a hard, dense, tight- grained wood that polishes to a very smooth finish. It is a popular and attractive wood whose colour ranges from near white in the sapwood to a dark hew in the heartwood. When dried in a kiln, walnut wood tends to develop a dull brown colour, but when air-dried can become a rich purplish-brown. Because of its colour, hardness and grain, it is a prized furniture and carving wood. Walnut veneer was highly priced and the cost would reflect the ‘fanciness’ of the veneer – the more decorative, then the more expensive and desirable.

Inlay was commonly used in the production of decorative burr walnut furniture, where pieces of coloured veneers are inlaid into the surface of the walnut, adding delicate or intricate patterns and designs. Inlays normally use various exotic veneers, but other materials such as mother-of-pearl, brass or bone were also be used.