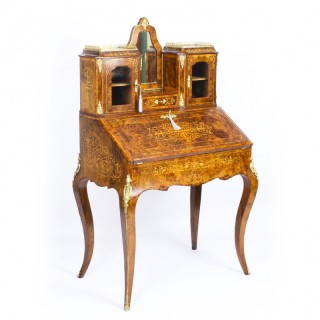 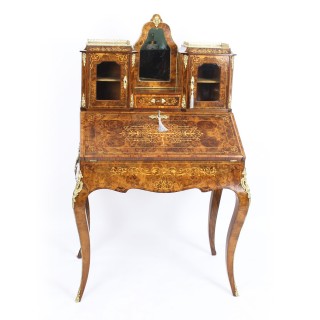 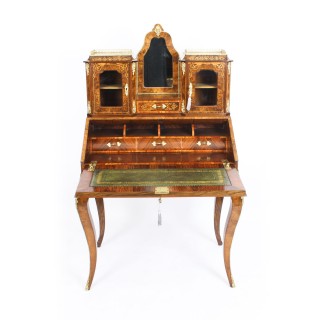 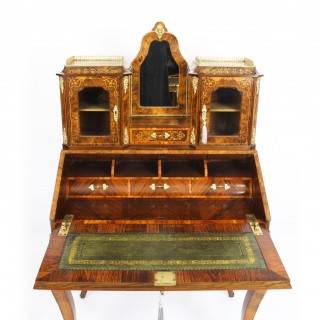 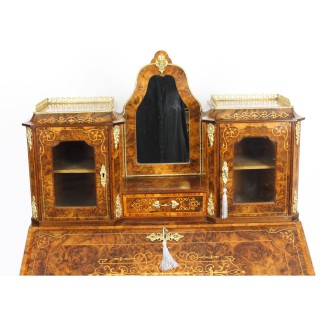 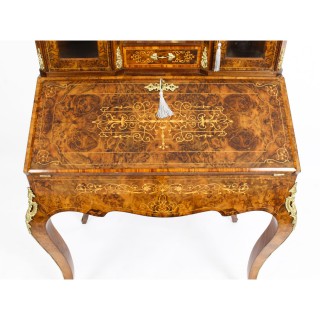 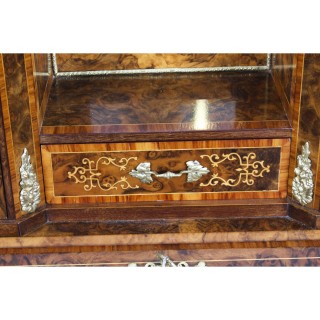 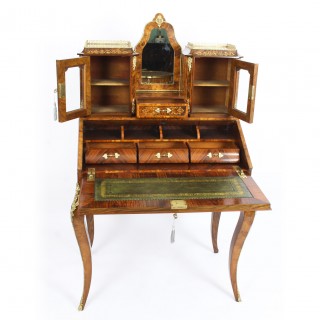 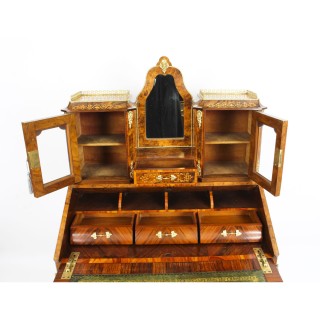 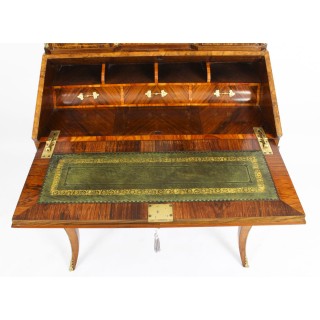 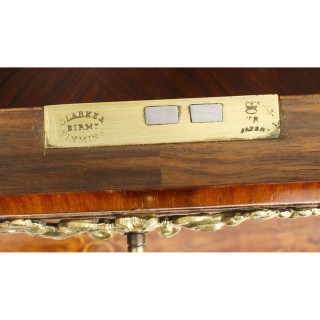 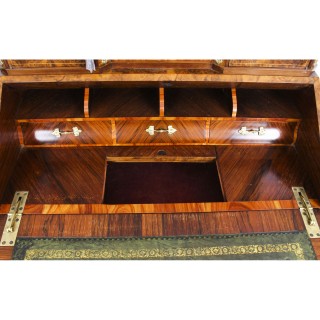 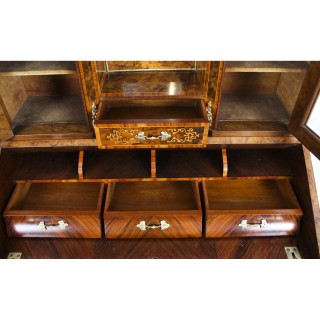 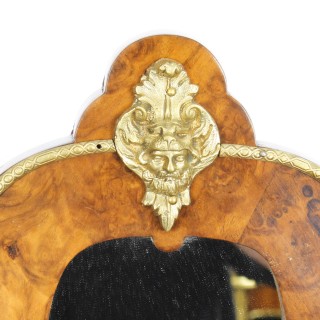 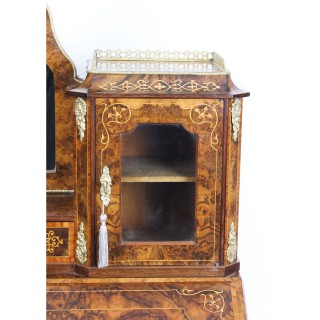 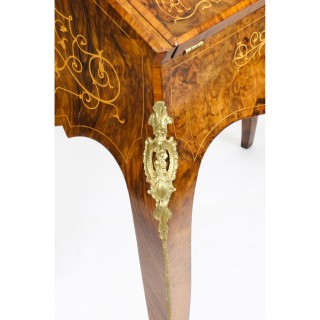 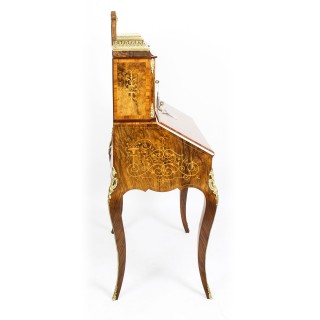 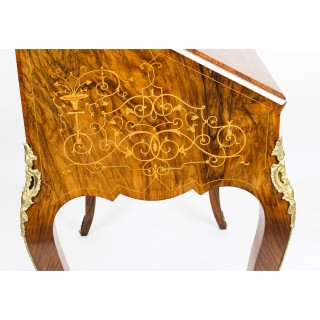 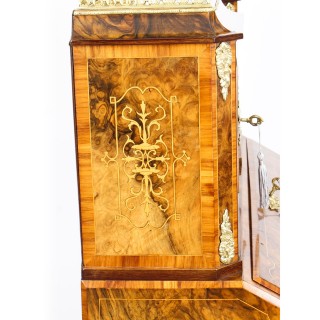 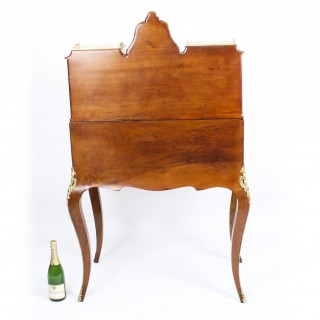 This is a beautiful antique Victorian burr walnut and inlaid Bonheur Du Jour, or Ladies writing desk, circa 1860 in date.

The gorgeous grain and colour of the burr walnut, the fabulous inlaid decoration and the exquisite ormolu mounts ensure that this bureau de dame will get noticed wherever it is placed.

The fall front opens to reveal a tulipwood and kingwood interior, a fall front fitted with a gold tooled inset green leather writing surface, a bank of three drawers and a slide that allows you to access the secret hidden space below.

The top has a pair of cupboards with glazed doors, ideal to display your ornaments and they flank a small drawer and a mirror.

This is a lovely piece which is sure to enhance any interior.

A bonheur du jour (in French, bonheur-du-jour, meaning “daytime delight”) is a type of lady’s writing desk. It was introduced in Paris by one of the interior decorators and purveyors of fashionable novelties called marchands-merciers about 1760, and speedily became intensely fashionable.

The bonheur du jour is always very light and graceful, with a decorated back, since it often did not stand against the wall but was moved about the room. Its special characteristic is a raised back, which may form a little cabinet or a nest of drawers, or open shelves, which might be closed with atambour may simply be fitted with a mirror. The top, often surrounded with a chased and gilded bronze gallery, serves for placing small ornaments. Beneath the writing surface there is usually a single drawer, often neatly fitted for toiletries or writing supplies.

Early examples were raised on slender cabriole legs; under the influence of neoclassicism, examples made after about 1775 had straight, tapering legs. The marchand-mercier Simon-Philippe Poirierhad had the idea of mounting bonheurs du jour with specially-made plaques of Sèvres porcelainthat that he commissioned and for which he had a monopoly; the earliest Sèvres-mounted bonheur du jours are datable from the marks under their plaques to 1766-67. The choicer examples of the time are inlaid with marquetry or panels of Oriental lacquer, banded with exotic woods, with gilt-bronze mounts.

By the mid-1770s the bonheur du jour was being made in London, where it was simply called a “lady’s writing-desk”.