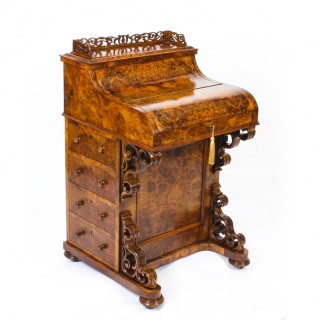 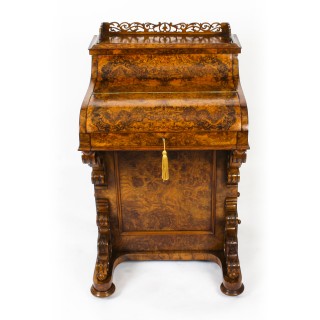 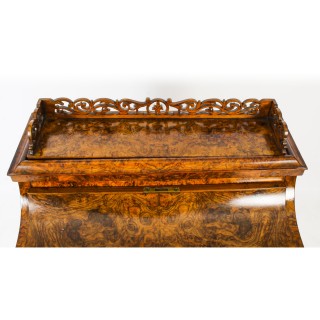 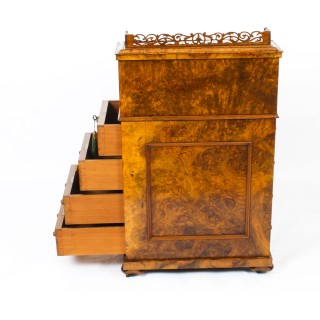 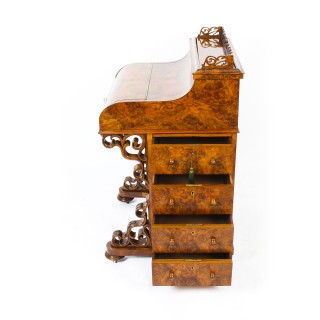 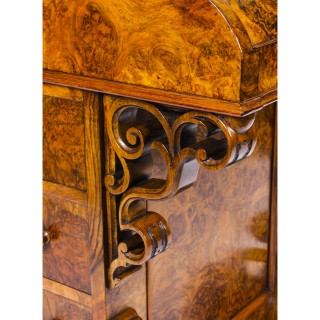 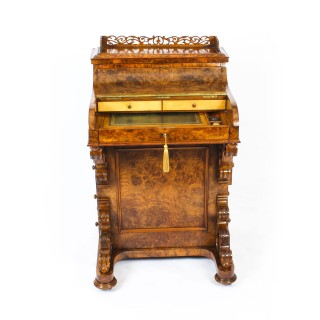 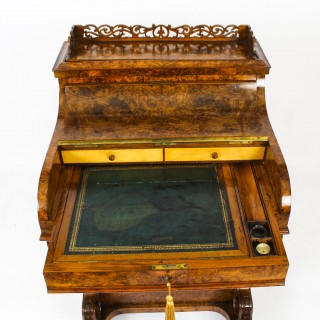 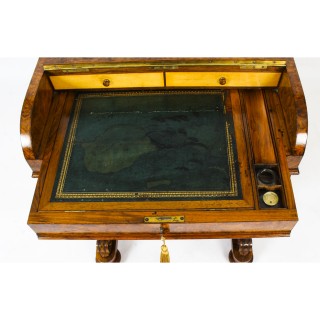 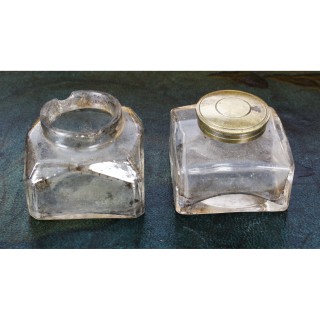 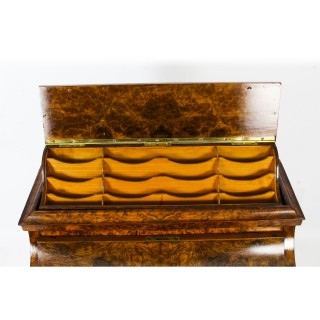 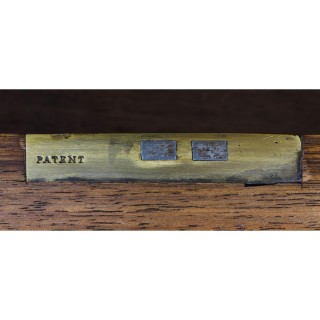 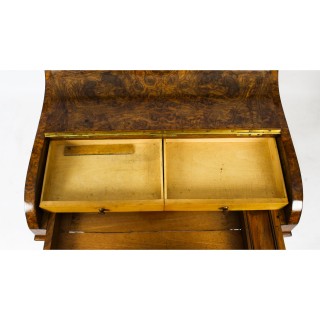 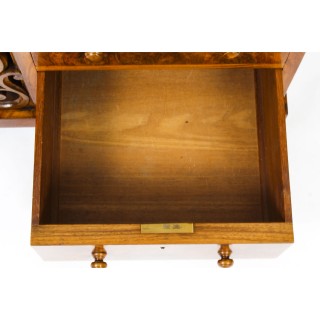 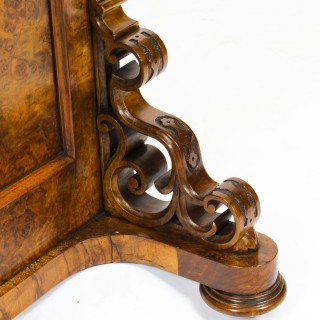 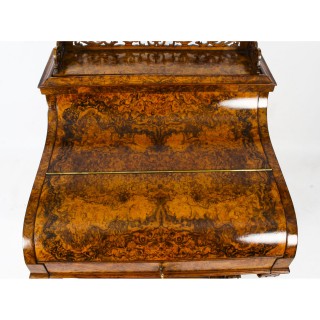 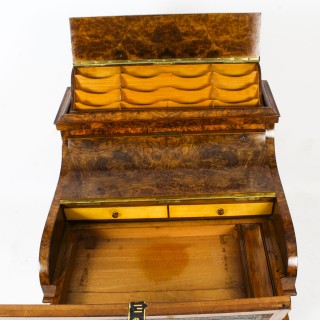 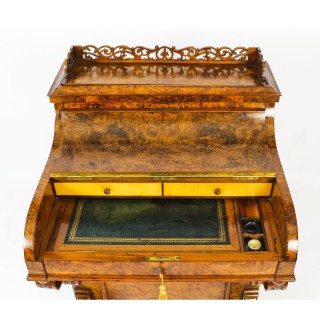 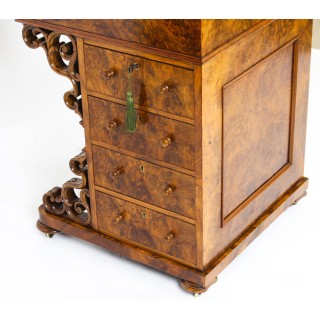 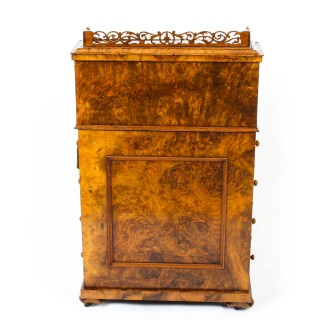 This is a gorgeous antique piano front Davenport Desk, Circa 1860 in date.

It has been wonderfully made by a master craftsman, the quality of the work is breathtaking, and the burr walnut is of the highest quality. It is finished on all sides so that it can stand freely in the middle of a room, making it extremely versatile.

The Davenport has four drawers on one side, perfectly sized for all the stationary you could possibly need, and dummy drawers on the other, making it not just a symbol of refinement but a practical furnishing as well.

The main talking point when showing it to friends is the secret compartment at the rear on top for letters, stamps, etc,. It rises up by itself when a hidden catch is pressed by an ingenious system of pulleys and a hidden weight.

It stands on its original bun feet fitted with recessed brass and porcelain castors.

It is an absolutely beautiful and perfectly formed piece of furniture which could be placed almost anywhere.

Complete with working locks and key.

Condition:
In excellent condition having been beautifully cleaned, polished and waxed, in our workshops, please see photos for confirmation.

Davenport Desk – (sometimes originally known as a Devonport desk) is a small desk with an inclined lifting desktop attached with hinges to the back of the body.

Lifting the desktop accesses a large compartment with storage space for paper and other writing implements, and smaller spaces in the forms of small drawers and pigeonholes. The Davenport has drawers on one of its sides, which are sometimes concealed by a panel. This stack of side drawers holds up the back of the desk and most of its weight. The front of the desk stands on thick legs or pillars which are often highly carved, somewhat exaggerated, thick cabriole legs, but these are not essential. 19th century Davenport desks had a variety of different leg designs.

The desk shape is distinctive; its top part resembles an antique school desk while the bottom is like one half of the supports of a pedestal desk turned sideways. The addition of the two legs in front completes the odd effect.

This desk owes its name to a Captain Davenport who was the first to commission the design, from Gillow’s of Lancaster, near the end of the 18th century. In a sense then it could also be considered a Campaign desk though there are no records indicating if Captain Davenport was in the British Army or the Royal Navy.

This desk form was popular during the 19th century. There have been numerous reproductions during the 20th century, and amateur cabinetmakers sometimes consider a Davenport to be an interesting project.