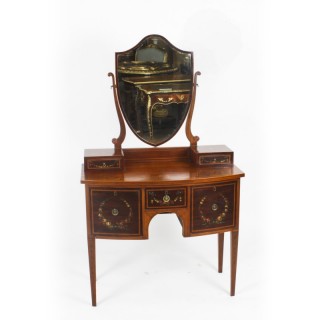 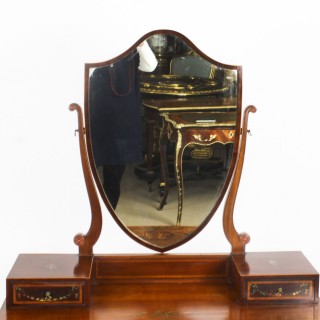 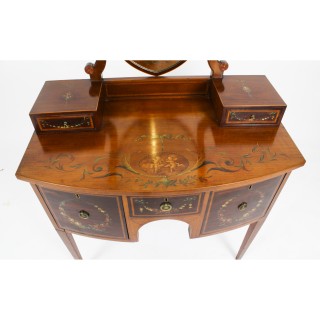 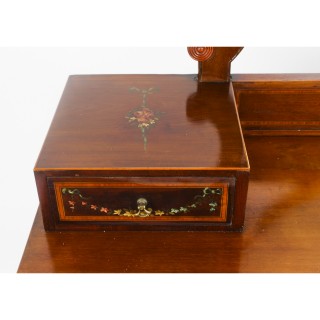 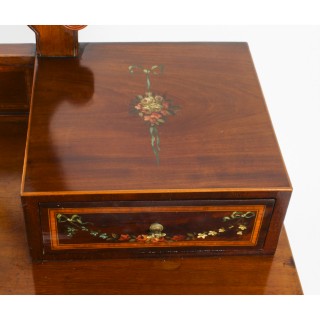 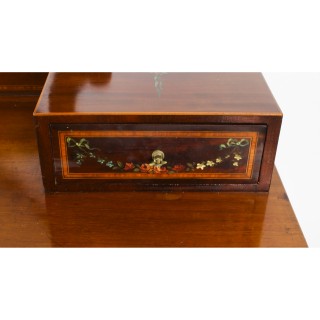 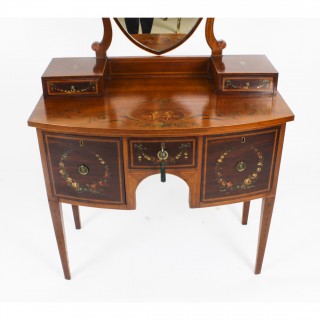 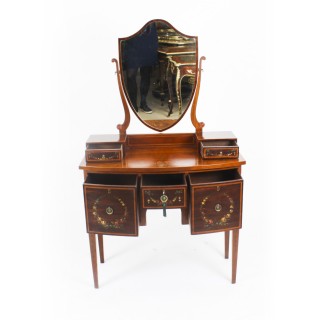 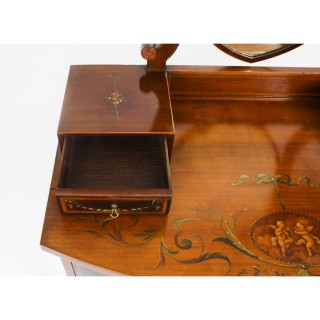 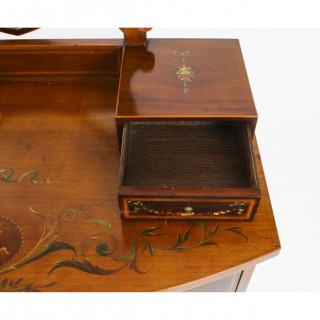 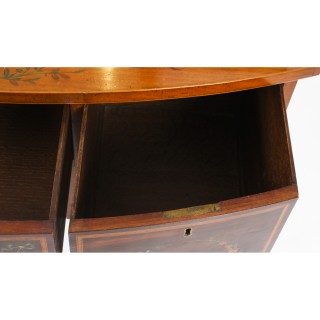 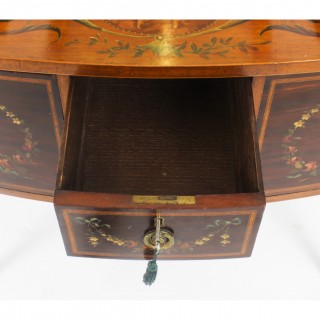 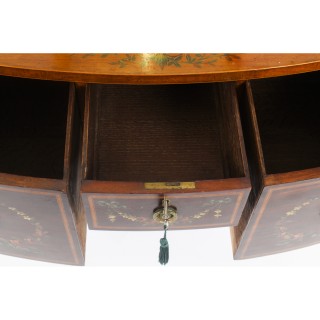 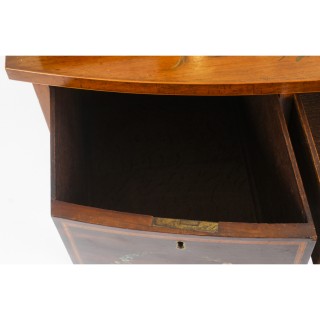 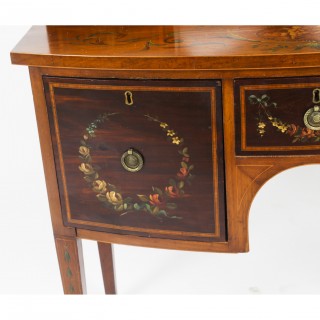 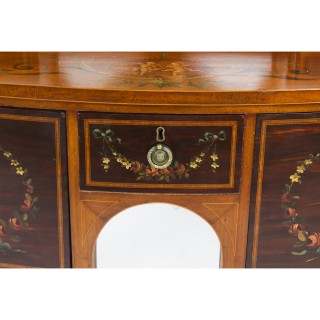 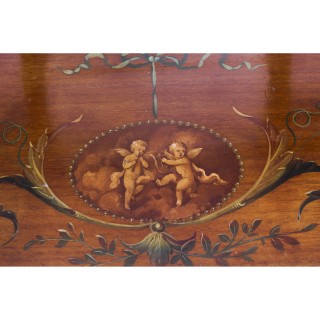 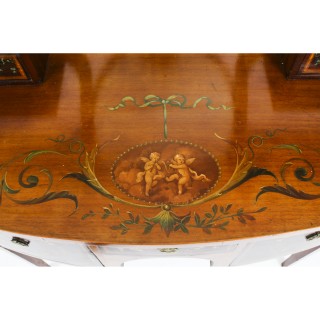 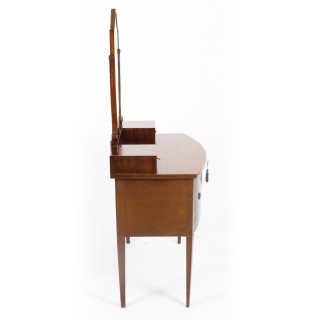 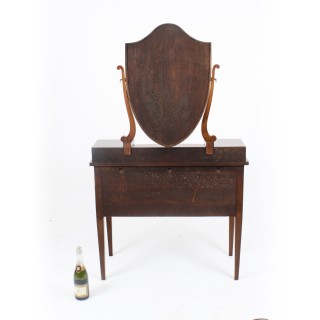 This is a totally fabulous antique late Victorian hand painted dressing table, Circa 1880 in date.

It has a shield shaped adjustable mirror on a shaped top with two small drawers over three drawers and a shaped knee hole and it is raised on square tapering legs.

There is no mistaking its superb quality and fantastic design, which alone is certain to make this set a talking point in your home and become a treasured addition to the furniture in your bedroom.

The works of Angelica Kauffman have retained their reputation. By 1911, rooms decorated with her work were still to be seen in various quarters. At Hampton Court was a portrait of the duchess of Brunswick; in the National Portrait Gallery, a self-portrait. There were other pictures by her at Paris, at Dresden, in the Hermitage at St Petersburg, in the Alte Pinakothek atMunich, in Kadriorg Palace, Tallinn (Estonia).