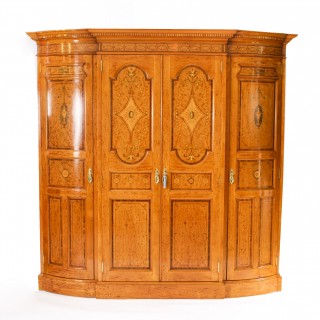 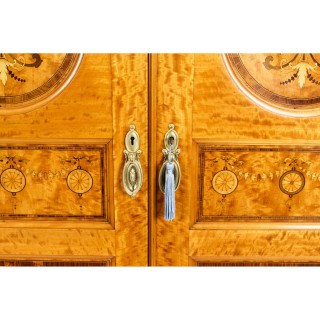 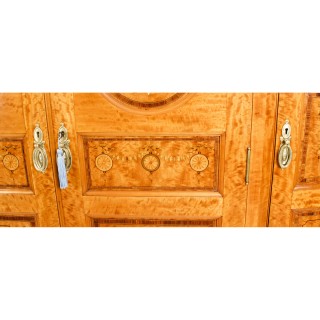 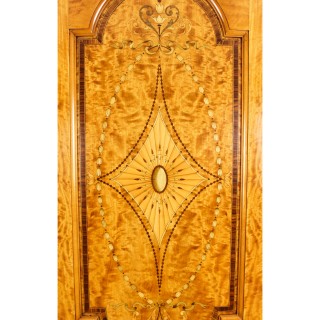 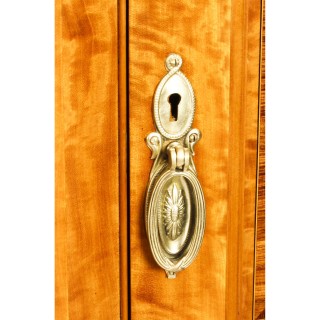 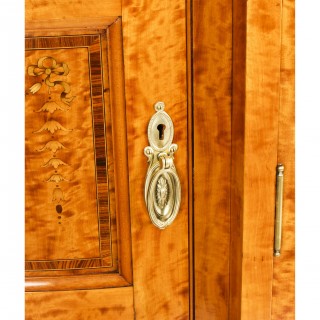 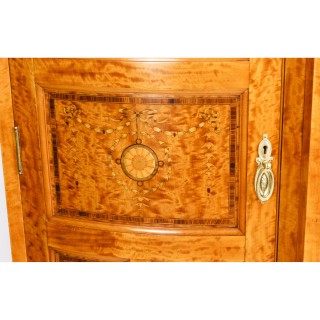 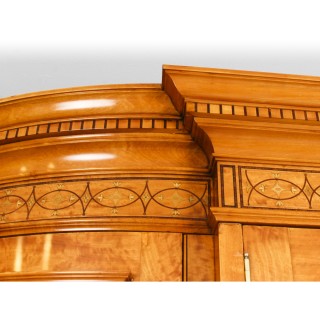 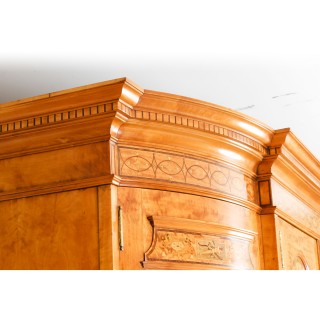 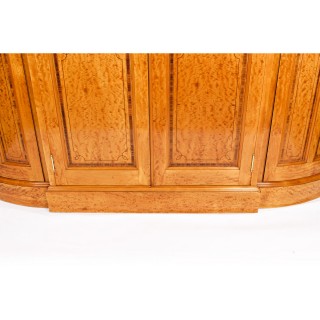 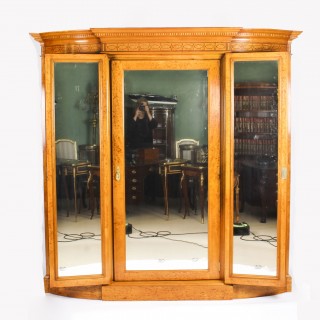 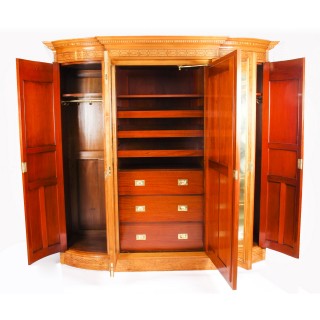 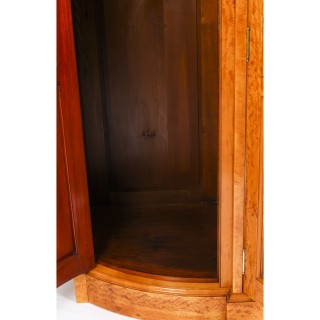 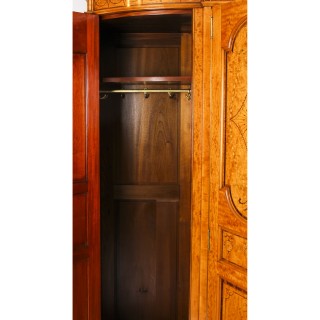 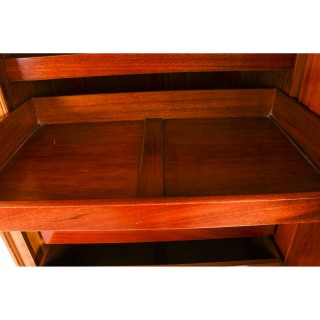 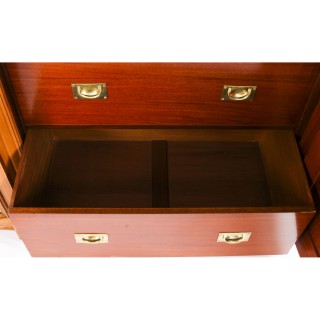 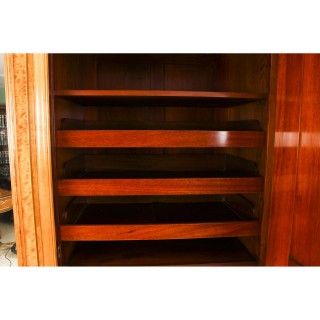 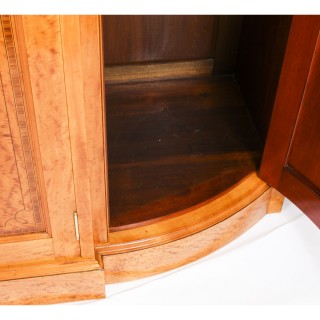 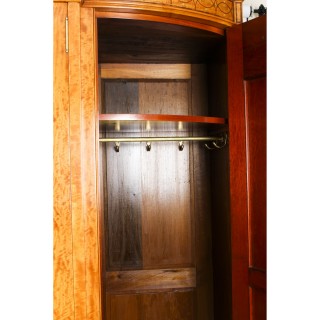 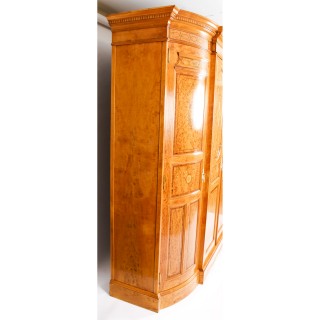 This is a large and impressive English antique Victorian Sheraton Revival satinwood and tulipwood inlaid wardrobe, circa 1880 in date.

The central section has a pair of cupboard panelled doors beautifully decorated with marquetry and featuring mirrored panels on the inside of each door, opening to reveals a very unusual full length internal mirrored door to the centre. This allows you to view your outfit from any angle.

There is a bow door at each end and each opens to reveal a cupboard with hanging space and a shelf.

It is surmounted with a striking architectural pediment cornice. It features its original brass handles and has its original working locks and keys.

It is a truly beautiful and spacious wardrobe.

Tulipwood
is most commonly, the pinkish yellowish wood yielded from the tuliptree. It is found on the Eastern side of North America and also in some parts of China.

In the United States, it is commonly known as tulip poplar or yellow poplar, even though the tree is not related to the poplars. In fact, the reference to poplar is a result of the tree’s height, which can exceed 100 feet.