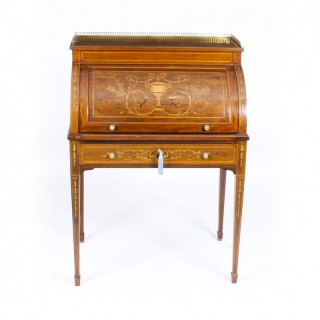 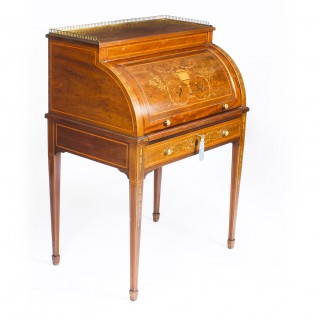 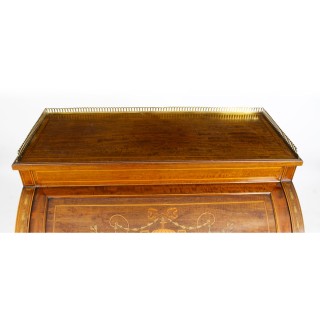 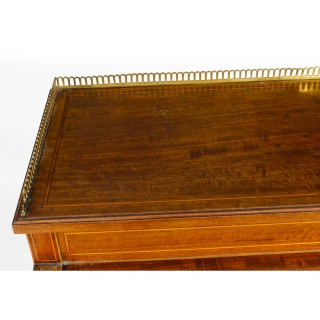 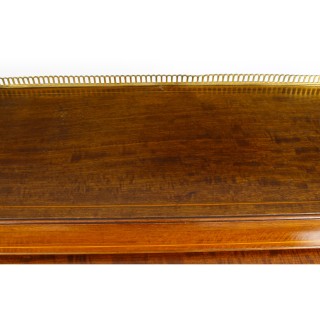 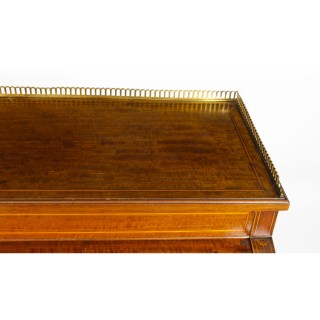 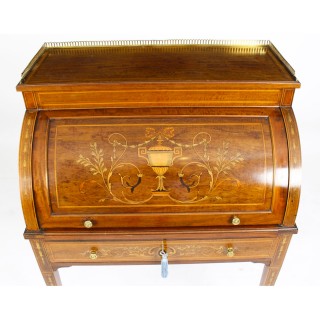 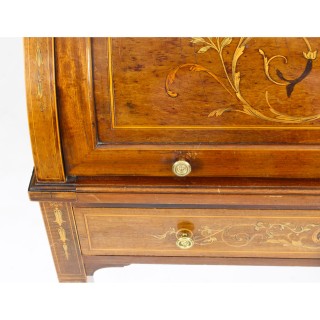 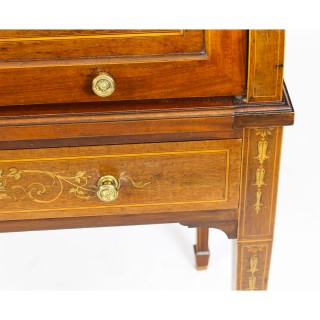 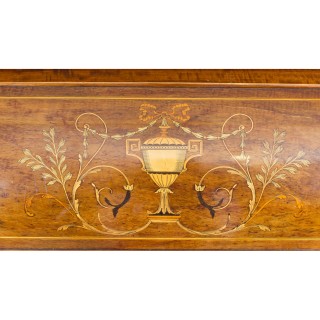 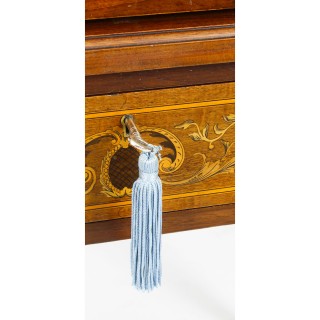 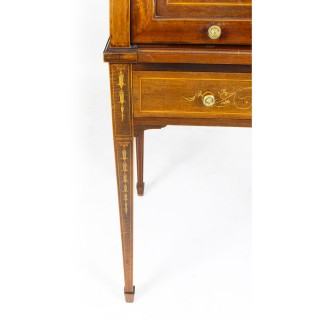 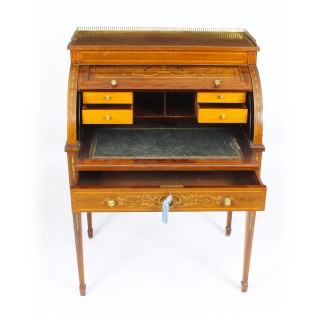 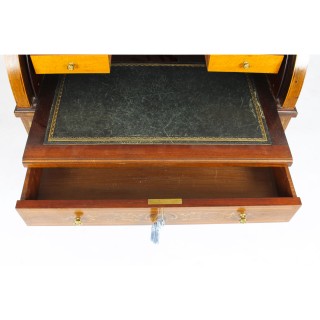 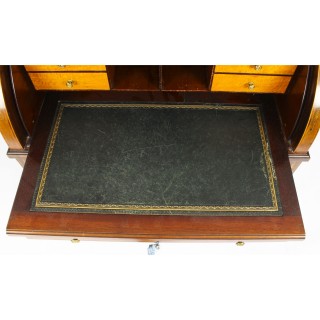 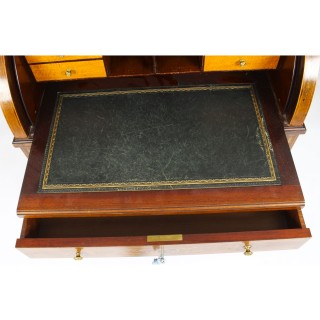 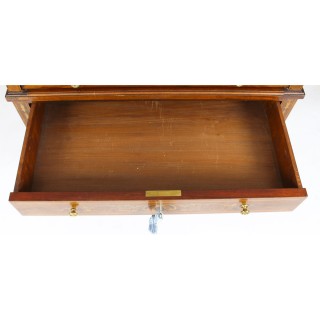 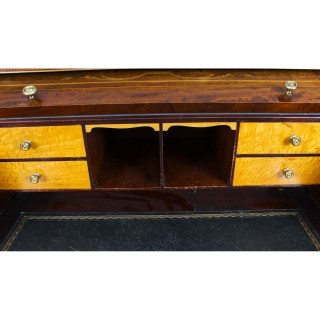 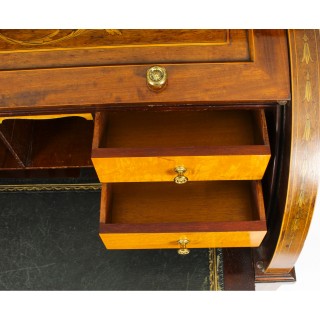 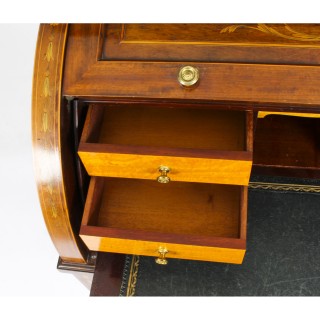 This is a gorgeous antique late Victorian inlaid mahogany cylinder bureau, by the renowned retailer and cabinet maker James Schoolbred & Co circa 1890 in date.

It is decorated throughout with beautiful marquetry decoration of urns acanthus scrolls and harebells with satinwood crossbanding.

The cylinder opens to reveal a fitted interior with four small drawers and a pair of pigeon holes. The writing surface has the original inset green leather gold tooled writing surface and it slides out so there is ample space to write your letters.

It has a single frieze drawer that is stamped “Jas Schoolbred & Co”, and the bureau is raised on square tapering legs that terminate in spade feet with brass castors.

It is a fabulous decorative piece which will look amazing wherever you decide to place it.

James Shoolbred
started his company in Tottenham Court Road by purchasing number 155 in the 1820s. He was involved in supplying textiles to the burgeoning interior decoration market in London. He must have done well and quickly because he soon purchased numbers 154 and 156, either side of the original building. With his newly expanded premises, the shop was restructured and the stock was expanded. The new premises included a haberdashers and a carpet warehouse, as well as expanded accommodation for the stock of textiles, which included wool, silk and linen.

By the 1880s the company had expanded to such an extent that the business had to move again, this time into premises that functioned as an early department store. The new store was popular from the start. One aspect that proved popular with customers was the detailed displays of interior decorative schemes. Furniture, textiles, carpets and various accessories would be laid out as they would be seen in a real interior. This made it much easier for customers to perceive what their purchases would look like outside the constraints of the department store. It was also a good retail trick as it encouraged customers to buy whole ensembles, which they could reconstruct in their own home without having to hire an interior designer or sort out interior schemes themselves. This marketing trick is still used extensively today by such retail giants as Ikea.

By the 1870s, the company had started to design and manufacture their own furniture. This furniture, along with other interior accessories, were displayed in a series of catalogues that started to appear from about 1873 onwards. The catalogues were meant to expand the appeal of James Shoolbred & Co beyond their department store, and more importantly, beyond London.

Furniture design became an increasingly important aspect of the company and therefore played a large part in the catalogues that the company produced every year. All the major fashionable Revival movements were included, ranging from Gothic to Japanese, and included the numerous French styles.

Interestingly, because James Shoolbred & Co produced catalogues that were so detailed and wide ranging, many were used as literal pattern books in order to copy the latest London styles. This was a particular problem in far-flung British outposts like Australia and New Zealand where there was a brisk trade in James Shoolbred & Co furniture design, with details being worked out from the illustrations generously provided by the company. This furniture was then passed off as being part of a locally designed production.

The catalogues today are an intriguing view of interior tastes and styles of the later nineteenth century and are an invaluable tool, as are all catalogues, for any researcher, historian or anyone with an interest in the history of domestic interior design and decoration.
Despite James Shoolbred & Co’s popularity and market presence, the company struggled after the market crash of 1929 and closed for good in 1931.