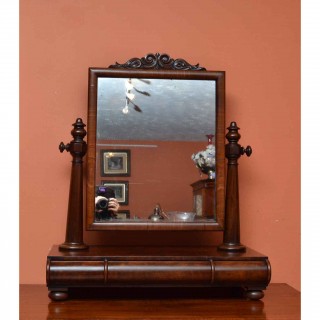 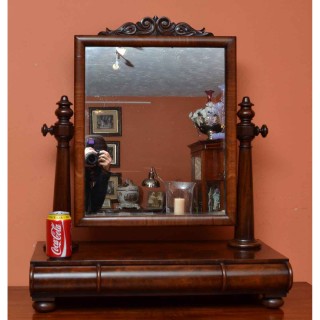 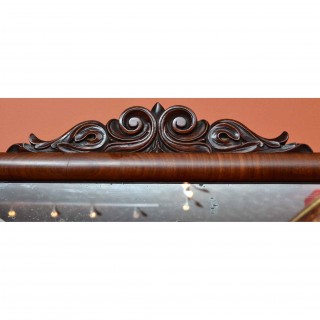 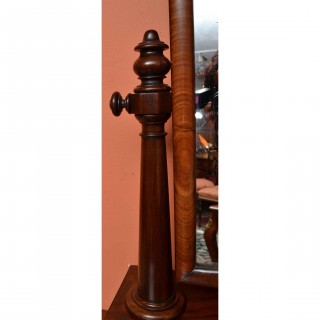 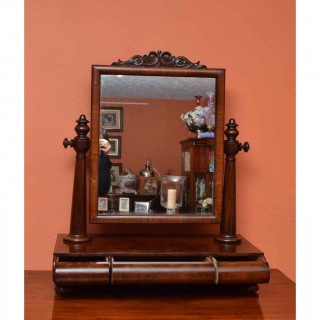 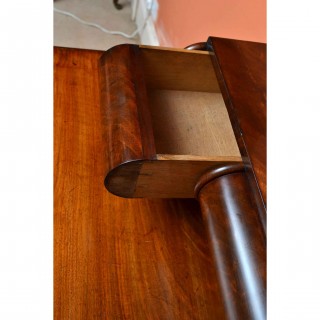 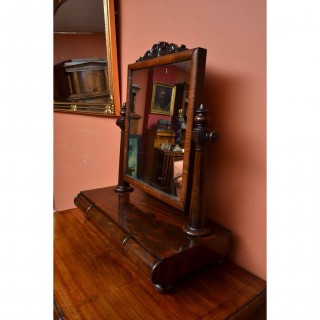 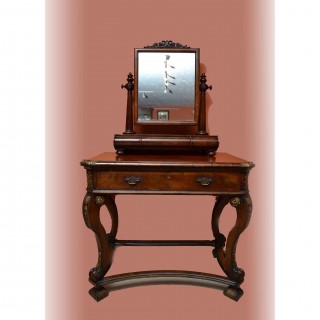 This is an antique English dressing table swivel mirror, circa 1840.

It is made from flame mahogany and has a useful drawer underneath for storing your brushes and combs.

The mirror has hand carved floral decorations to the pediment. There are elegant columns on the sides. The mirror stands on bun feet.

Liven up your dressing table with the addition of this beautiful mirror.

In excellent condition having been beautifully restored in our workshops, please see photos for confirmation