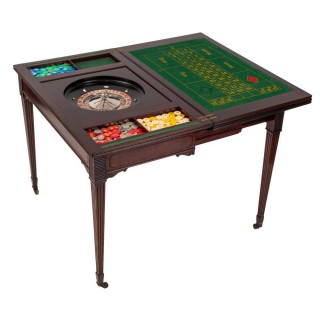 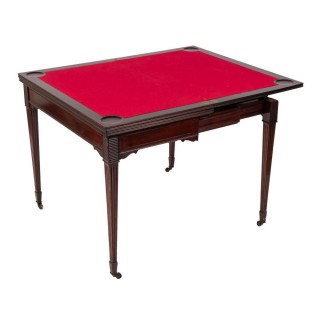 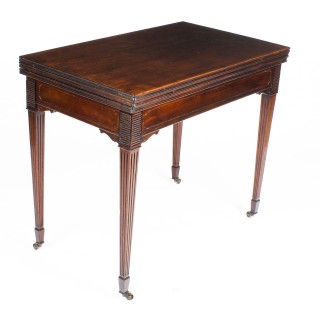 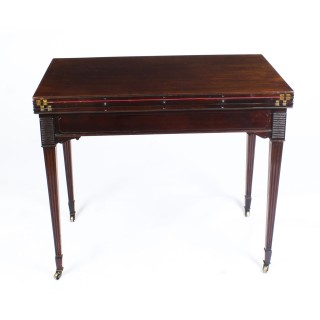 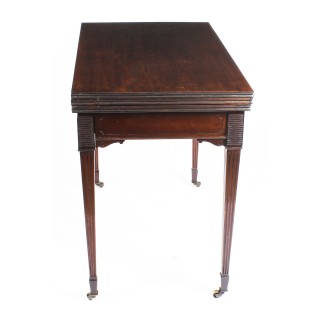 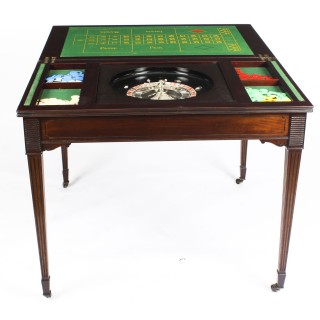 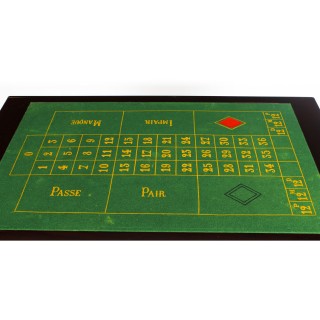 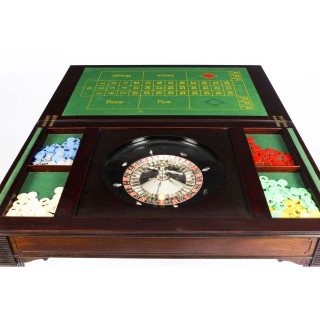 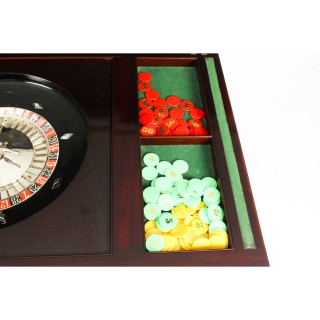 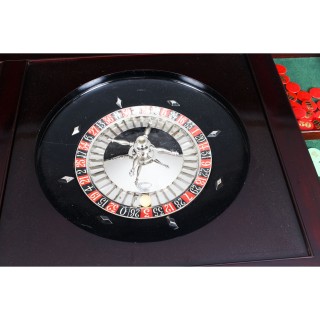 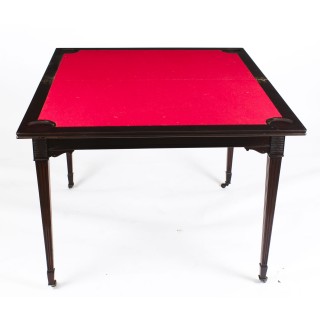 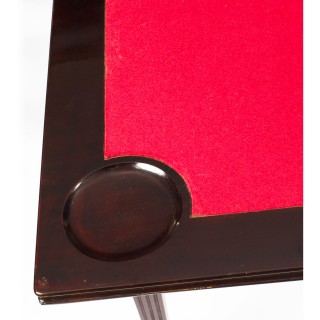 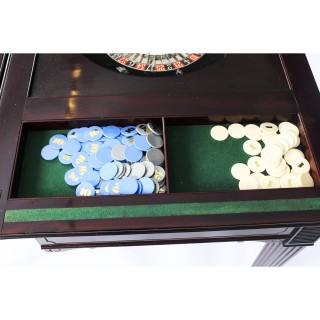 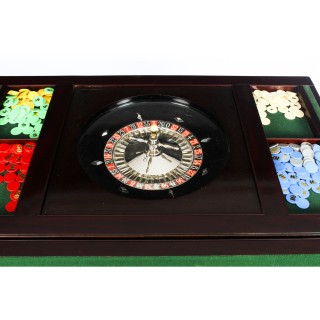 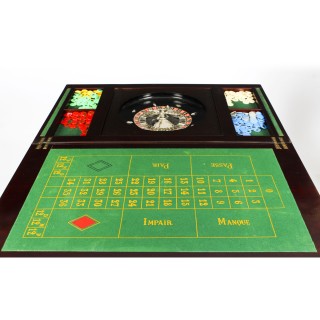 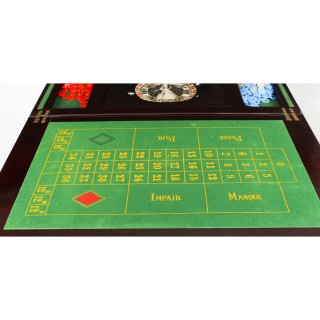 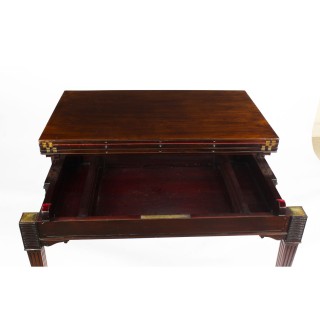 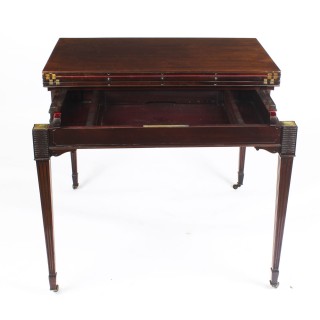 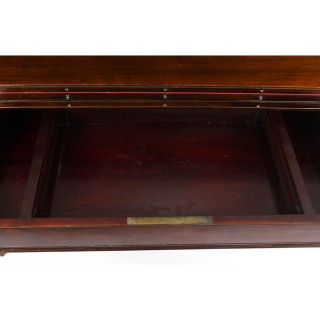 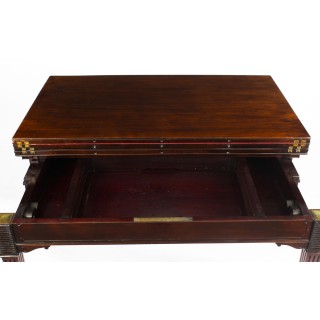 This is a fabulous high quality antique Victorian mahogany metamorphic triple top games table for cards and roulette, circa 1870 in date.

It is an elegant piece which will enhance a special room in your home.

Condition:
In excellent condition having been beautifully cleaned, polished and waxed in our workshops, the Roulette baize is original, please see photos for confirmation.

Roulette is a casino game named after the French word meaning little wheel. In the game, players may choose to place bets on either a single number or a range of numbers, the colors red or black, or whether the number is odd or even.

The game has been played in its present form since as early as 1796 in Paris. An early description of the roulette game in its current form is found in a French novel La Roulette, ou le Jour by Jaques Lablee, which describes a roulette wheel in the Palais Royal in Paris in 1796. The description included the house pockets, “There are exactly two slots reserved for the bank, whence it derives its sole mathematical advantage.” It then goes on to describe the layout with, “…two betting spaces containing the bank’s two numbers, zero and double zero”. The book was published in 1801. An even earlier reference to a game of this name was published in regulations for New France (Québec) in 1758, which banned the games of “dice, hoca, faro, and roulette”.

The roulette wheels used in the casinos of Paris in the late 1790s had red for the single zero and black for the double zero. To avoid confusion, the color green was selected for the zeros in roulette wheels starting in the 1800s.