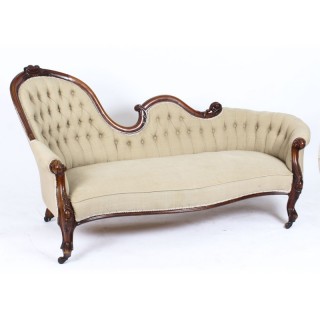 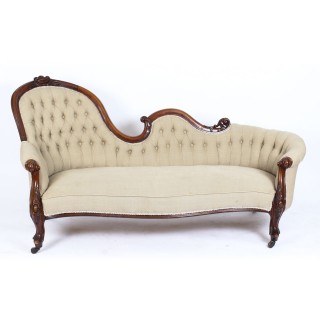 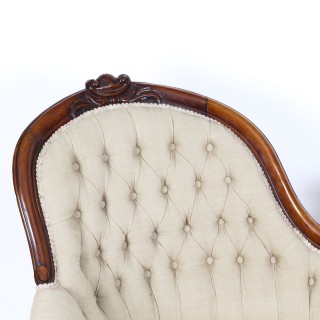 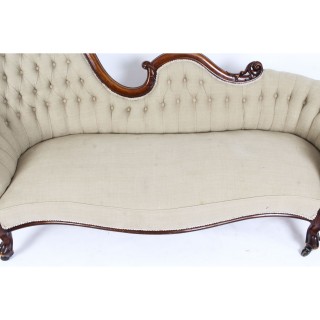 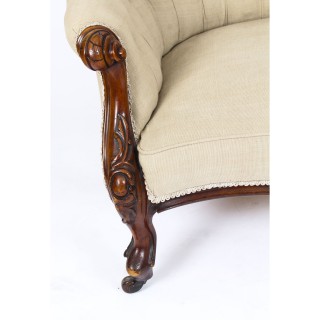 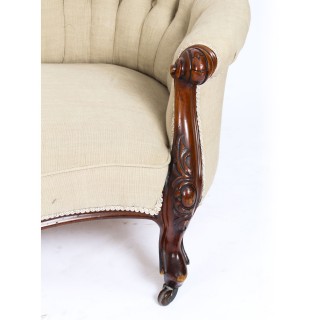 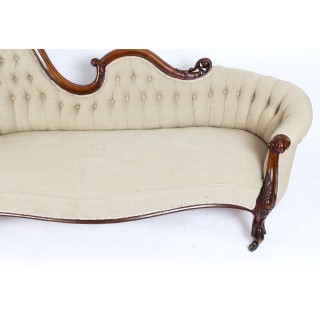 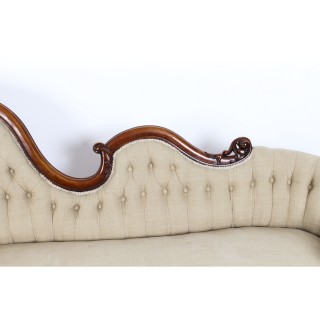 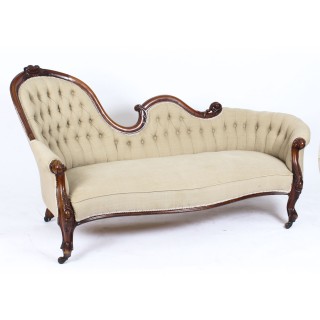 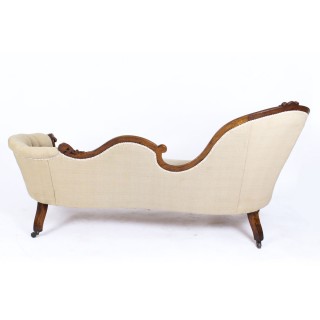 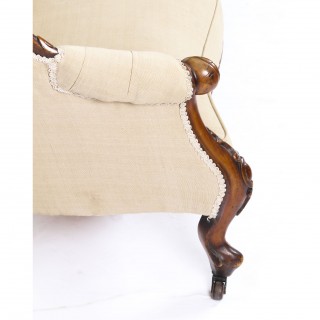 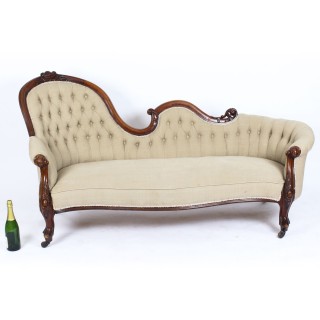 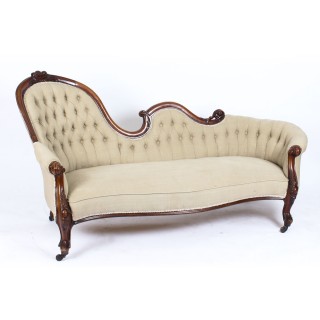 This is a fantastic English antique Victorian chaise longue which dates from Circa 1860.

This sofa was made from hand carved solid mahogany with an undulating and scrolled top-rail enclosing deep-button upholstered back and sides above a serpentine seat-rail. The sofa is raised on elegant cabriole legs that terminate in pad feet and brass castors.

It has been reupholstered in a stunning beige fabric, which is in excellent condition.

There is no mistaking its beautiful and stylish design, which is certain to make it a treasured and comfortable addition to one of the rooms in your home.

Chaise longue
is an upholstered sofa in the shape of a chair that is long enough to support the legs. The architect, Le Corbusier designed Chaise Longue, LC-4 – Chaise longue “Long chair” which has become a classic item.

It is thought that the first blend of a chair and daybed originated in Egypt. The earliest known models were made from palm sticks lashed together with pieces of cord or rawhide. Later, Egyptian bed-makers introduced mortise-and-tenon construction and wood bed frames veneered with bone or ebony, in common use with many examples being found in the 1st dynasty (3100–2890 BC) tombs.

Ancient Greek art depicts gods and goddesses lounging in this type of chair. The Greeks changed from the normal practice of sitting at a table to the far more distinctive practice of reclining on couches as early as the 8th century BC.

The Romans also used a daybed for reclining in the daytime and to sleep on at night. At Roman banquets, the usual number of persons occupying each bed was three, with three daybeds forming three sides of a small square, so that the triclinium. The Romans did not practice upholstery, so the couches were made comfortable with pillows, loose covers and animal skins.