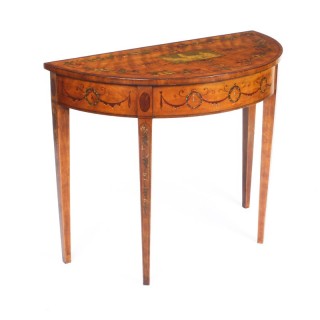 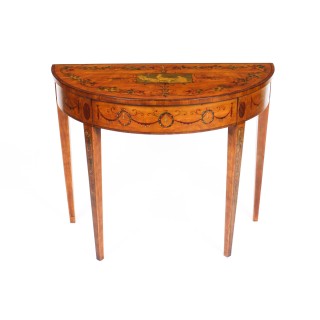 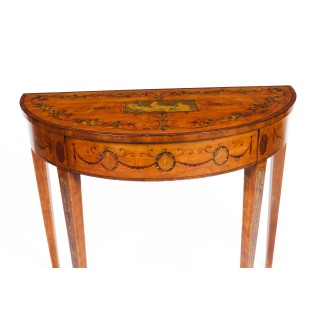 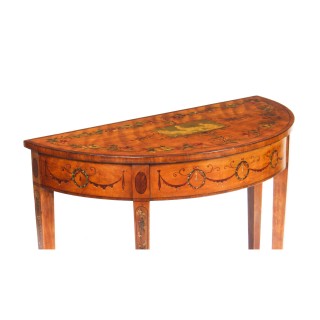 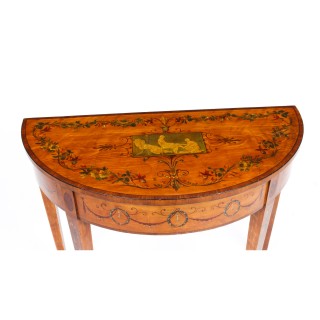 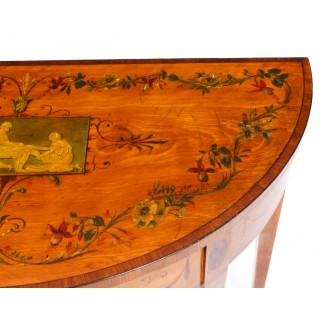 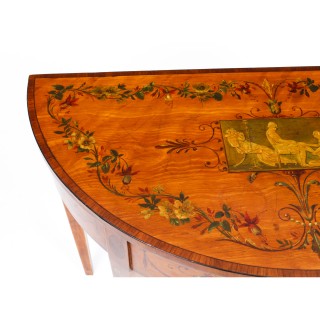 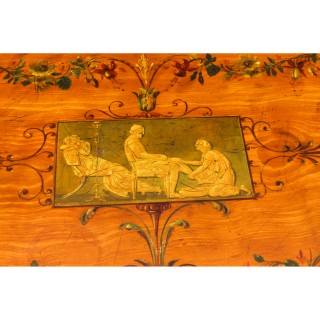 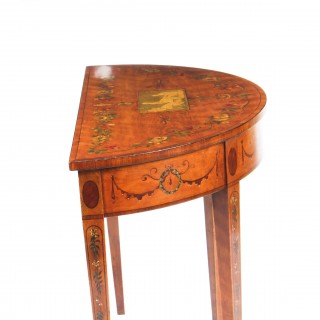 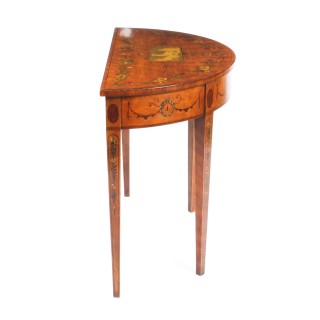 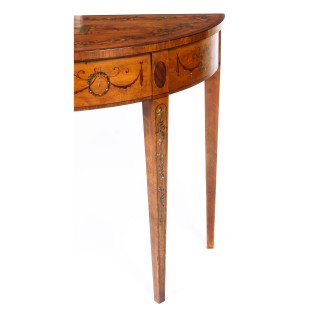 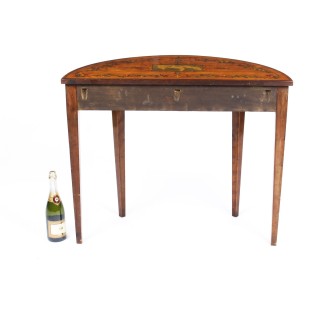 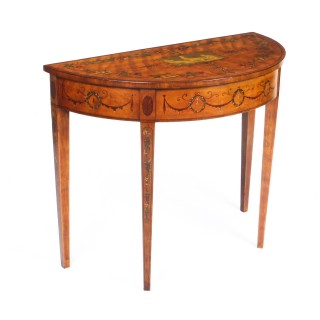 This is a truly magnificent Victorian hand-painted satinwood and harewood console table, dating from the late 19th Century.

This remarkable console table has a stunning crossbanded demi-lune top profusely hand-painted with fabulous decoration comprising of superb floral and foliate ornaments all in the manner of Angelica Kauffman. The centre features a wonderful grisaille painting of a classical scene – a maiden gracefully bathes the feet of a seated gentleman, both dressed in classical attire.

It has an equally exceptionally decorated frieze with splendid ribbon tied swags, and it is raised on four elegant square tapering legs.

This console table is truly unique and is guaranteed to bring beauty and charm to your home for many years to come.

The works of Angelica Kauffman have retained their reputation. By 1911, rooms decorated with her work were still to be seen in various quarters. At Hampton Court was a portrait of the duchess of Brunswick; in the National Portrait Gallery, a self-portrait. There were other pictures by her at Paris, at Dresden, in the Hermitage at St Petersburg, in the Alte Pinakothek at Munich, in Kadriorg Palace, Tallinn (Estonia).

The term harewood or airwood originally described a type of maple wood with a curled or “fiddleback” figure, used to make the backs of stringed instruments. In 17th-century England it was imported from Germany.

In the 18th century airwood came to be used by marqueteurs; for most artificial colours they used holly, which takes vegetable dyes very well, but airwood was employed either in its natural off-white state or stained with iron sulphate to produce a range of silver and silver-grey hues. The reason that airwood was preferred to holly for this colour was that it gave a metallic sheen or lustre, while holly dyed by the same process turned a rather dead grey. The use of airwood in this way meant that by the 19th century it was associated specifically with that colour, and at the same time name gradually changed from airwood to harewood.

In a relatively short space of time the action of the chemicals, together with natural oxidization, turns harewood brown, sometimes with a greyish or greenish hue, which is how the wood now appears on old marquetry. The notion that harewood and other coloured woods can be produced by injecting dyes into the roots of trees appears to be an old wives’ tale of some antiquity, perhaps propagated by marqueteurs to protect their trade secrets.