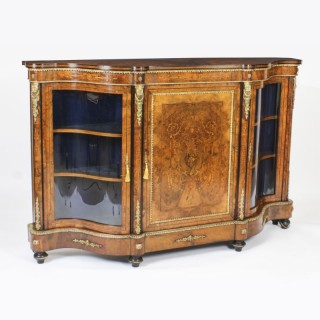 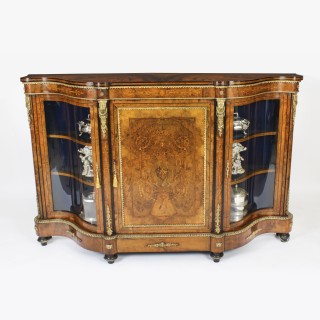 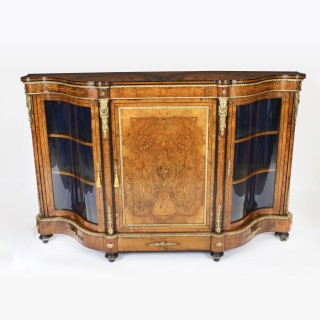 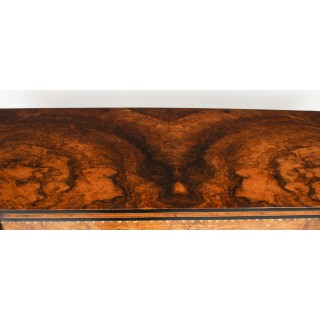 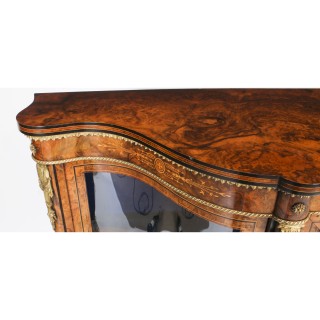 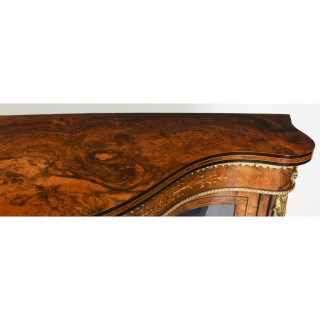 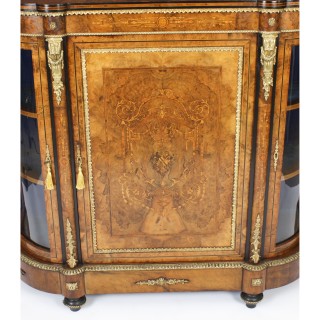 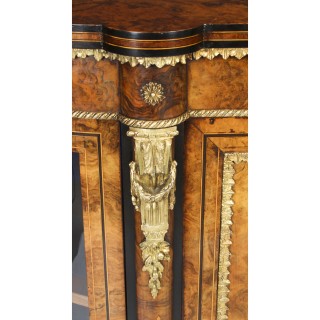 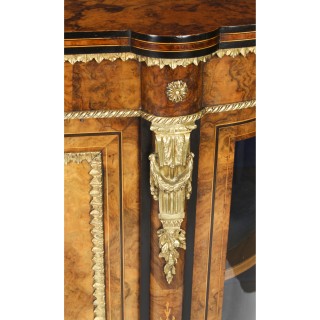 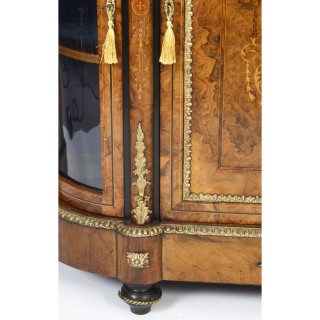 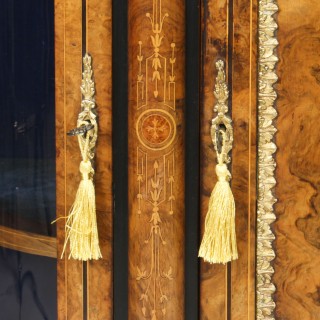 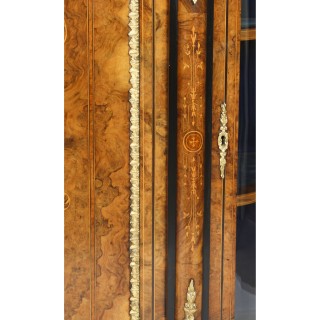 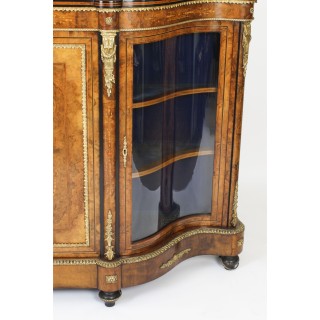 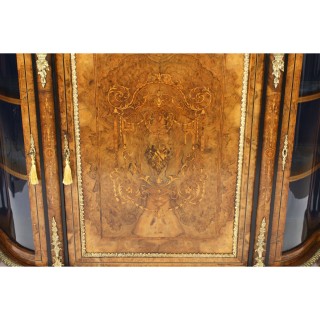 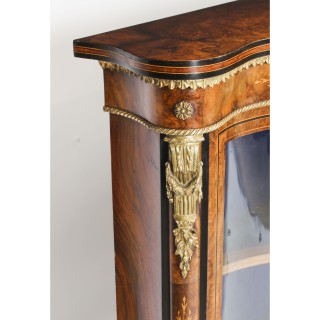 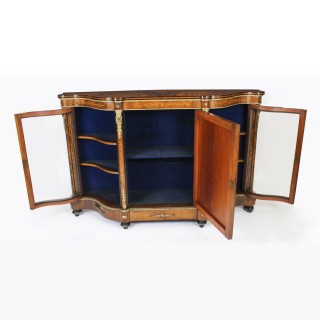 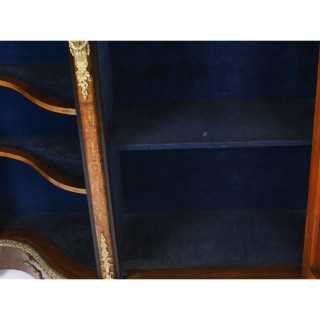 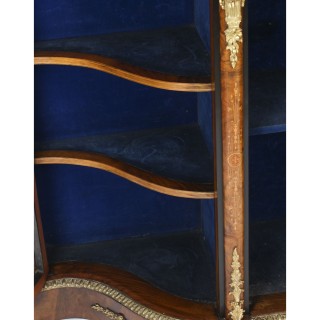 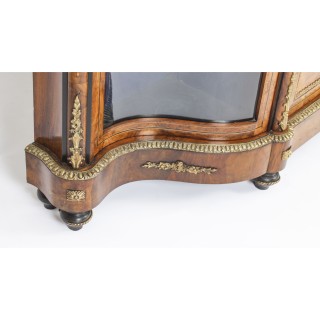 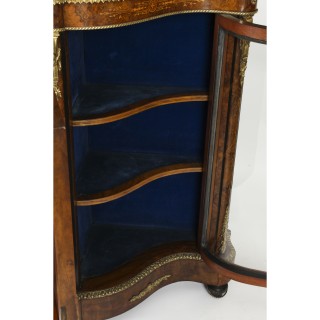 The entire piece highlights the unique and truly exceptional pattern of the book matched burr walnut veneers which has been enriched by the beautiful boxwood line inlay and marquetry inlaid decoration.

The credenza features a central door inlaid with a musical trophy and foliate scrolls, flanked on each side by serpentine glazed cabinets outlined with ormolu mounts.

The interior is enclosing blue plush lined shelves and the credenza sits on a conforming base with toupie feet.

It’s attention to detail and lavish decoration are certain to draw the eye wherever you choose to place it in your home.

‘Burr Walnut’ refers to the swirling figure present in nearly all walnut when cut and polished, and especially in the wood taken from the base of the tree where it joins the roots. However the true burr is a rare growth on the tree where hundreds of tiny branches have started to grow. Burr walnut produce some of the most complex and beautiful figuring you can find.

Marquetry
is decorative artistry where pieces of material of different colours are inserted into surface wood veneer to form intricate patterns such as scrolls or flowers.