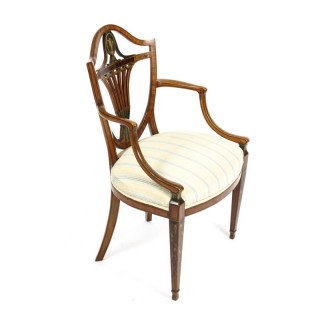 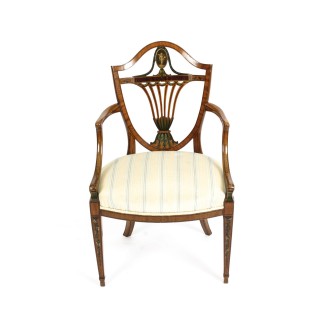 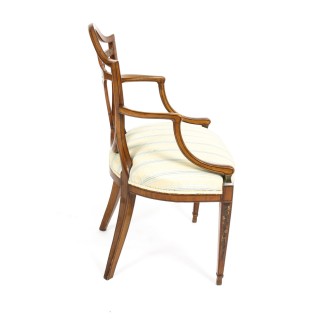 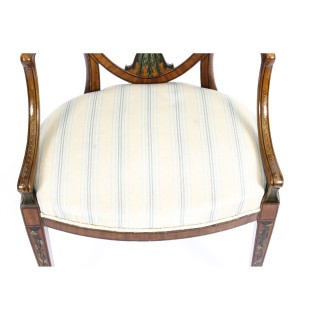 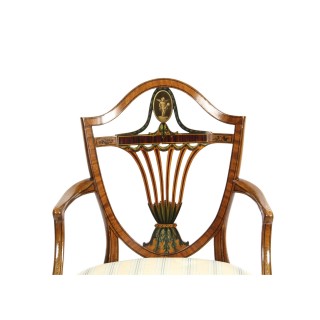 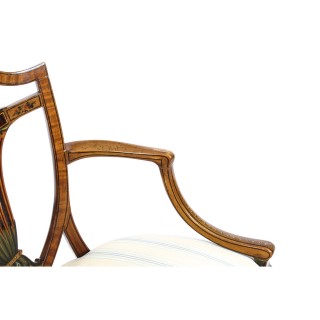 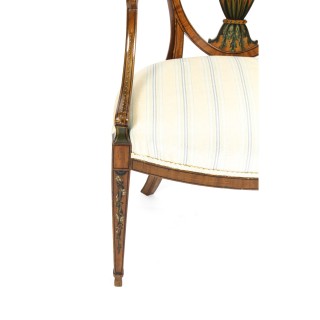 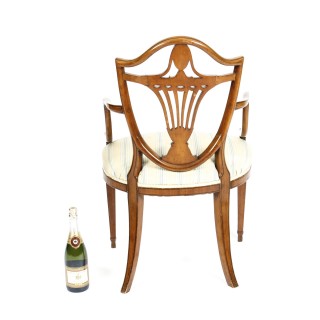 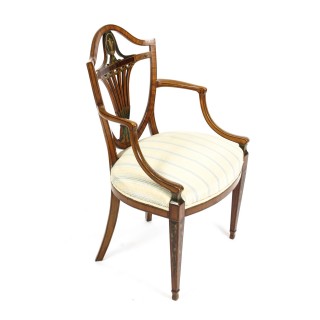 This is a magnificent antique English Victorian Sheraton Revival satinwood armchair, beautifully hand-painted in the manner of Angelica Kauffman, circa 1880 in date.

This stunning armchair features a sumptuous and highly attractive shield back with a pierced vasiform which has been superbly hand-painted with beautiful floral and foliate decorations in distinctive pink and green pastel colours. It also features a graceful oval shield-shaped plaque painted with a delightful white putto who is holding a ball in his left hand against a dark background.

It retains its original fabric, in good condition, which adds a lot of character to this already extraordinary armchair. It can, however, been reupholstered with your choice of fabric.

There is no mistaking the beautiful and stylish design, which is certain to make it a treasured addition to one of a very special room in your home.

The works of Angelica Kauffman have retained their reputation. By 1911, rooms decorated with her work were still to be seen in various quarters. At Hampton Court was a portrait of the duchess of Brunswick; in the National Portrait Gallery, a self-portrait. There were other pictures by her at Paris, at Dresden, in the Hermitage at St Petersburg, in the Alte Pinakothek atMunich, in Kadriorg Palace, Tallinn (Estonia).

is a hard and durable wood with a satinlike sheen, much used in cabinetmaking, especially in marquetry. It comes from two tropical trees of the family Rutaceae (rue family). East Indian or Ceylon satinwood is the yellowish or dark-brown heartwood of Chloroxylon swietenia.