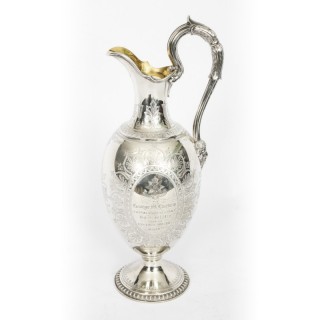 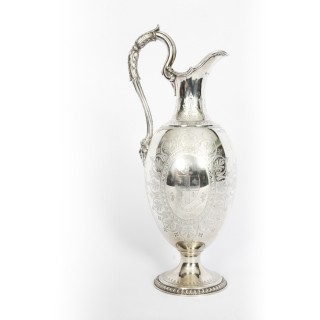 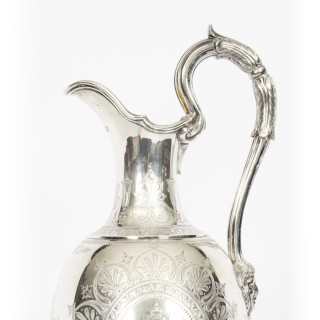 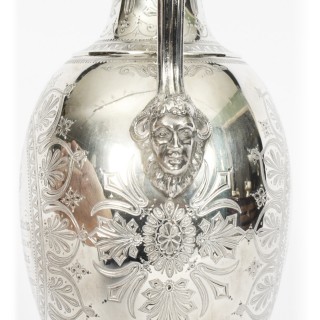 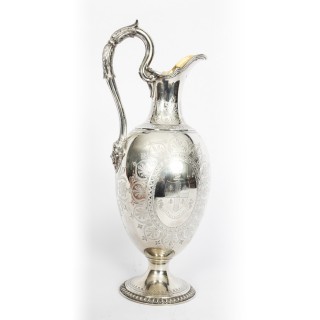 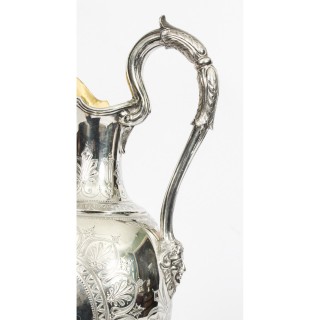 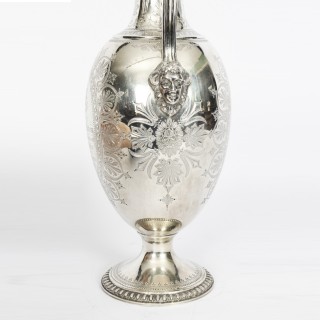 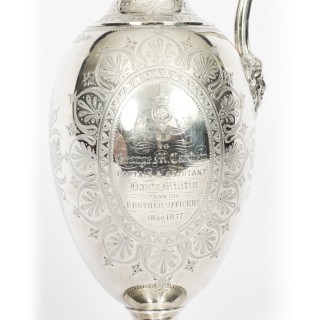 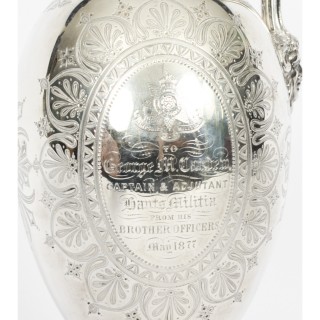 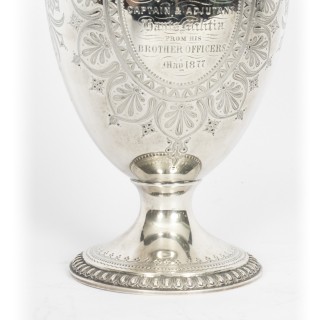 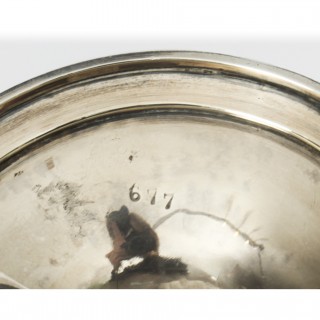 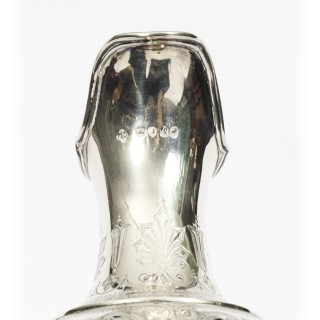 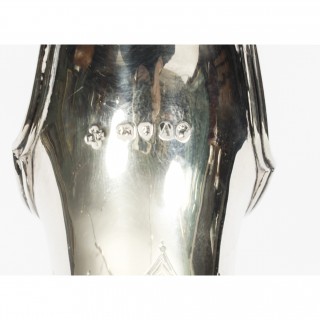 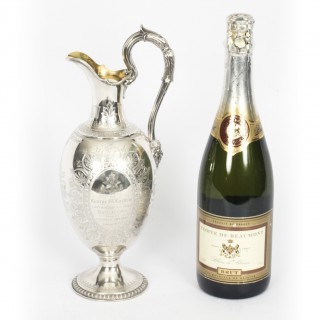 It has an impressive scroll handle and is embellished with the most wonderful engraved decoration.

Edward Barnard & Sons – possibly the oldest manufacturing silversmith in the world, the origin of this business having been established by Anthony Nelme c. 1680. Francis Nelme inherited the business on the death of his father in 1722 and continued until 1739 when Thomas Whipham took over the business. On his death in 1756 his son Thomas Whipham jr took into partnership Charles Wright. Thomas retired in 1775 and the business was continued by Charles Wright. The business was amalgamated by Henry Chawner in 1786 and the latter son of Edward Barnard (I) became the foreman of the firm.