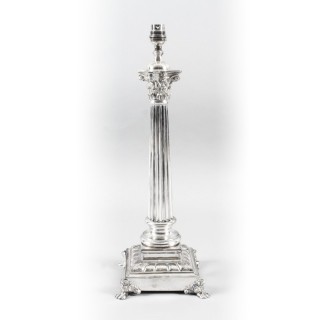 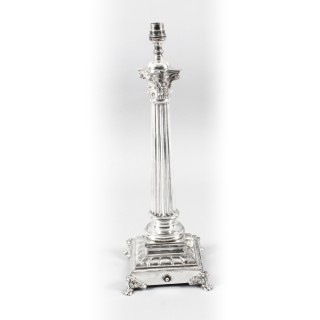 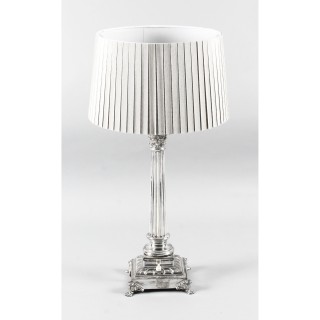 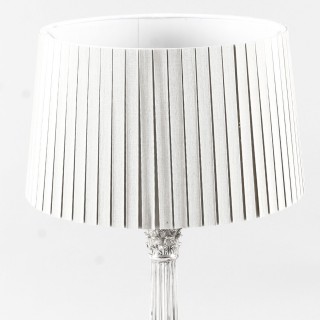 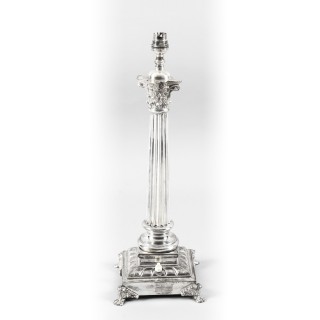 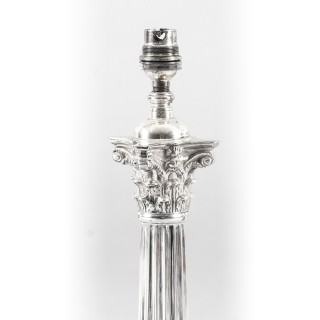 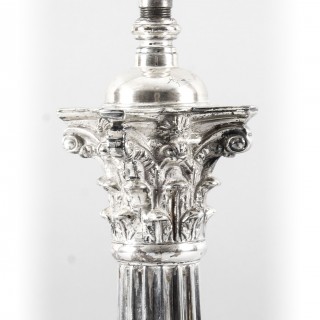 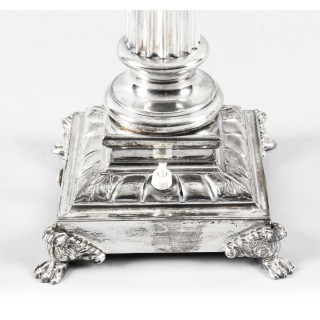 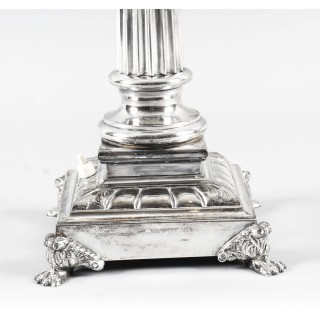 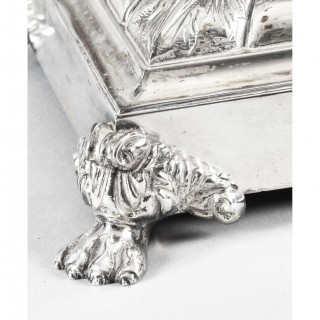 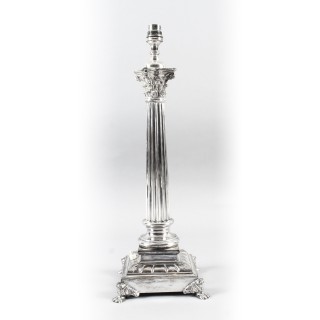 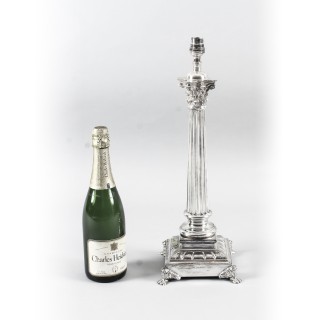 This opulent antique table lamp features a kingly Corinthian Capital decorated with classical ornate foliage in the form of splendid acanthus leaves above a striking tapering and slender fluted shaft.

It stands on a large and weighted partially stepped square base, which features foliage decoration to the four corners and terminates with four charming lion paw feet.

Add an element of Greek Classical style to your home with this exquisite antique silver-plated table lamp.